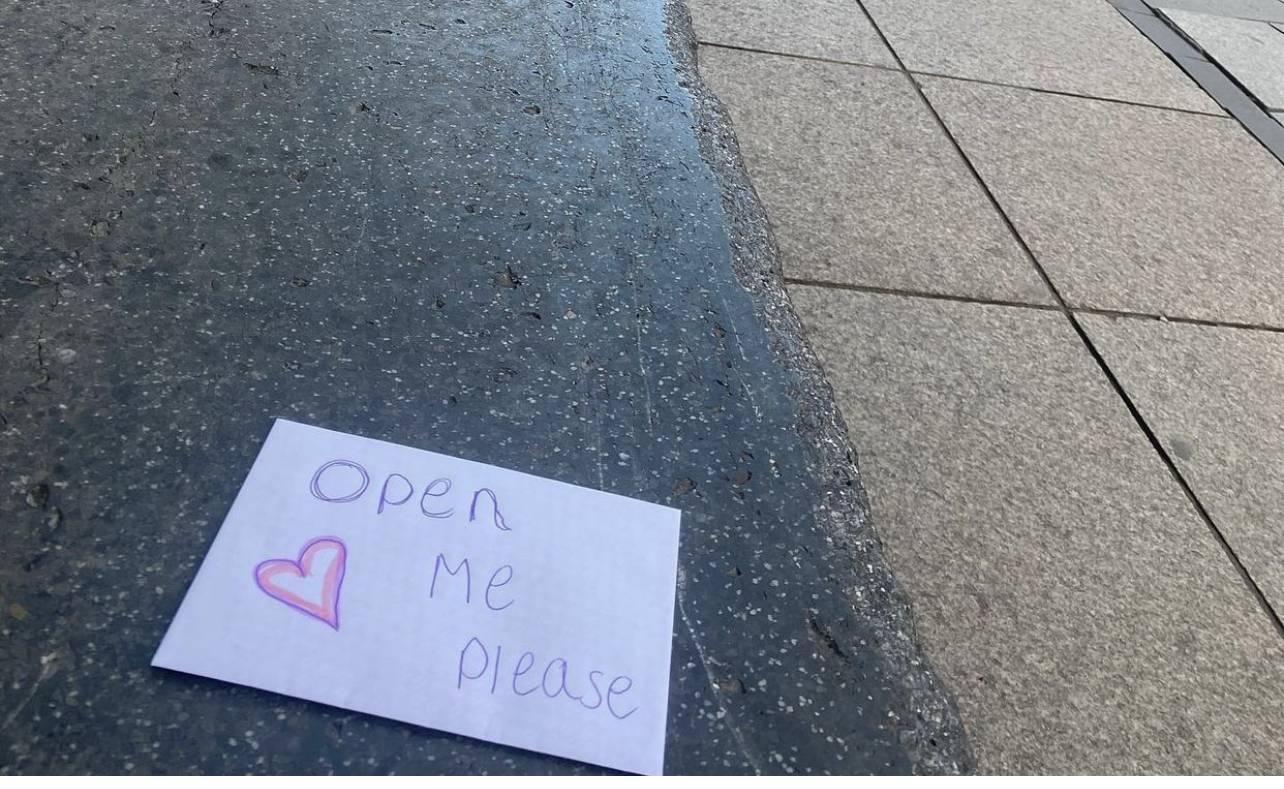 It used to be a message in a bottle, but now it’s a message in an envelope with the large words open me that are inspiring random people on a daily basis.

A few days ago I noticed a post from a friend on facebook and how she had found this note (below) that i thought was fantastic, and so i followed the Instagram account out of curiousity.

As with my friend, random people in Newcastle are finding notes left across town that are reaching out and providing some words of encouragement and inspiration for anyone to find. These notes are anonymous however do lead back to an Instagram account called @RandomKindessNCL. All we know according to the bio is that ‘she is just a girl in Newcastle trying to make strangers smile’.

The reactions so far have been that of mostly thankfulness and at a time where talking about mental health is prime we are learning that just a simple few words (or whole note in this case) can be the difference in making someone’s day that little bit better or just what they need in the moment.

I was lucky enough to be approached by this anonymous stranger after following them to raise awareness of this gesture. While they wouldn’t disclose their identity to me (I did try to find out!),they were very hush hush but wanted to let us know the inspiration for doing this. Read below for the story behind the notes.

In November 2021 I met a homeless guy who sits on the Bigg market and I see him everyday on my way to and from work. He always used to say hello to me to the point where I would look forward to seeing him. I used to buy him dinner or a hot drink most days but I always used to ask first if he would like something and what he would want.

I wanted to do something nice for him besides buy him food, so I got the idea of a Christmas gift. I asked few others from work if they’d like to contribute to a gift for him, so we got him a new backpack, a scarf, some hand warmers, some nuts and other little snacks, and I put in a note with a £20 Greggs voucher in cause he loves Cornish pasties from there.

I then saw him a week later, and he thanked me again and reached into his pocket and pulled out the note I’d written. He said that it would be something he’d keep on him forever as he’s never had anything like it before, and read it when he’s had a bad day. And from that moment on I knew all I wanted to focus on was making other people feel that same way.

So I  think that’s where the whole thing has stemmed from. I then made a few and dropped them on the bus as I got to and from work. Then I started to put a lot more of my time and effort into my notes, and they became almost letters.

In March 2022 I had the idea of coming to social media not thinking I would get much of a response at all cause well I mean people are busy. On the Instagram I try to take pictures of all the notes I drop and I love to see people’s responses via their stories and DM. The amount of support I’ve received is quite over whelming.

I was in the stack on a recent Wednesday night after work, and a lady come out of the toilets wiping her eyes, I asked her if everything was okay and if she needed any help getting a taxi home, and to my surprise she pulled one of my notes out of her pocket and proceeded to read it to me. Another guy overheard us talking and ran over explaining he had found one the previous weekend too!!

To witness this first hand and to meet 2 people at different stages of life knowing I’d been the reason for both of them to smile almost brought me to tears aswell. Obviously I didn’t tell them I’d written it as I think the anonymous aspect of it all is exciting. This lady told me it was exactly what she needed at that moment in time and from that moment on I knew what I was doing was helping so many people it’s almost become addictive. I don’t get my inspiration for my notes from anywhere, I write from the heart and I think that’s so important.

I love what I do so much and it makes me so proud to have become so popular, I think because it’s so different and nothing like this has been seen in newcastle before. But I also think it’s important to remain anonymous cause there are a lot of people out there that don’t appreciate this sort of thing. But if you do your my kind of person.

There you have it, a stranger spreading kindness, and thank you for doing so. Please keep it up! Follow the instgram account to follow the journey at @RandomKindnessncl

If you’ve found a note, let us know and your reaction to it. I’d love to hear what your thoughts were.