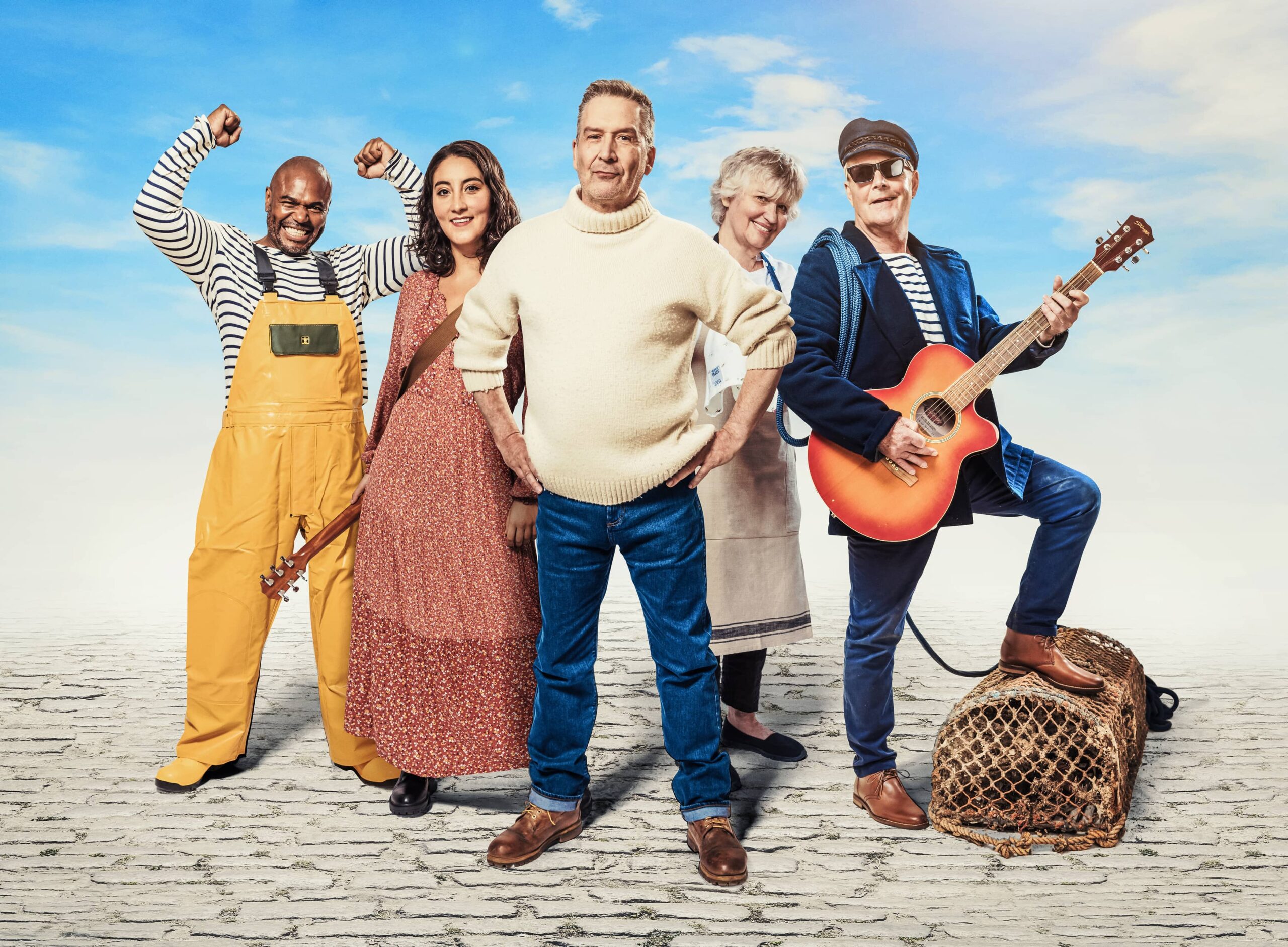 It’s time to set sail on a feel-good voyage of friendship, community and music with cast announced for Fisherman’s Friends: The Musical which will be dropping anchor at Newcastle Theatre Royal Tue 11 – Sat 15 Oct 2022.

They will be joined by Robert Duncan (Drop the Dead Donkey, Casualty, Where the Heart Is, Twelve Angry Men) who will play Jago with Susan Penhaligon (Bouquet of Barbed Wire, Emmerdale, A Fine Romance, Three Sisters, The Real Thing, Mr Love, The Maintenance Man, Dangerous Corner, Of Mice and Men) as his wife, Maggie and Anton Stephans (The X Factor, Blues Brothers Meet Soul Sisters, Porgy and Bess, Starlight Express, Smokey Joe’s Café) as  Leadville.

Fisherman’s Friends: The Musical is based on the true story of the Cornish singing sensations, Fisherman’s Friends, and the hit 2019 film about their life.  When a group of Cornish fishermen came together to sing the traditional working songs they’d sung for generations, they hoped to raise a few quid for charity.  Nobody, least of all the fishermen, expected their story to end on the Pyramid stage of Glastonbury.

Fisherman’s Friends: The Musical features hit shanties made famous by the band including Keep Haulin’, Nelson’s Blood, No Hopers Jokers & Rogues and many more.

Read more about whats on at the Newcastle Theatre Royal here. Read our recent reviews here.