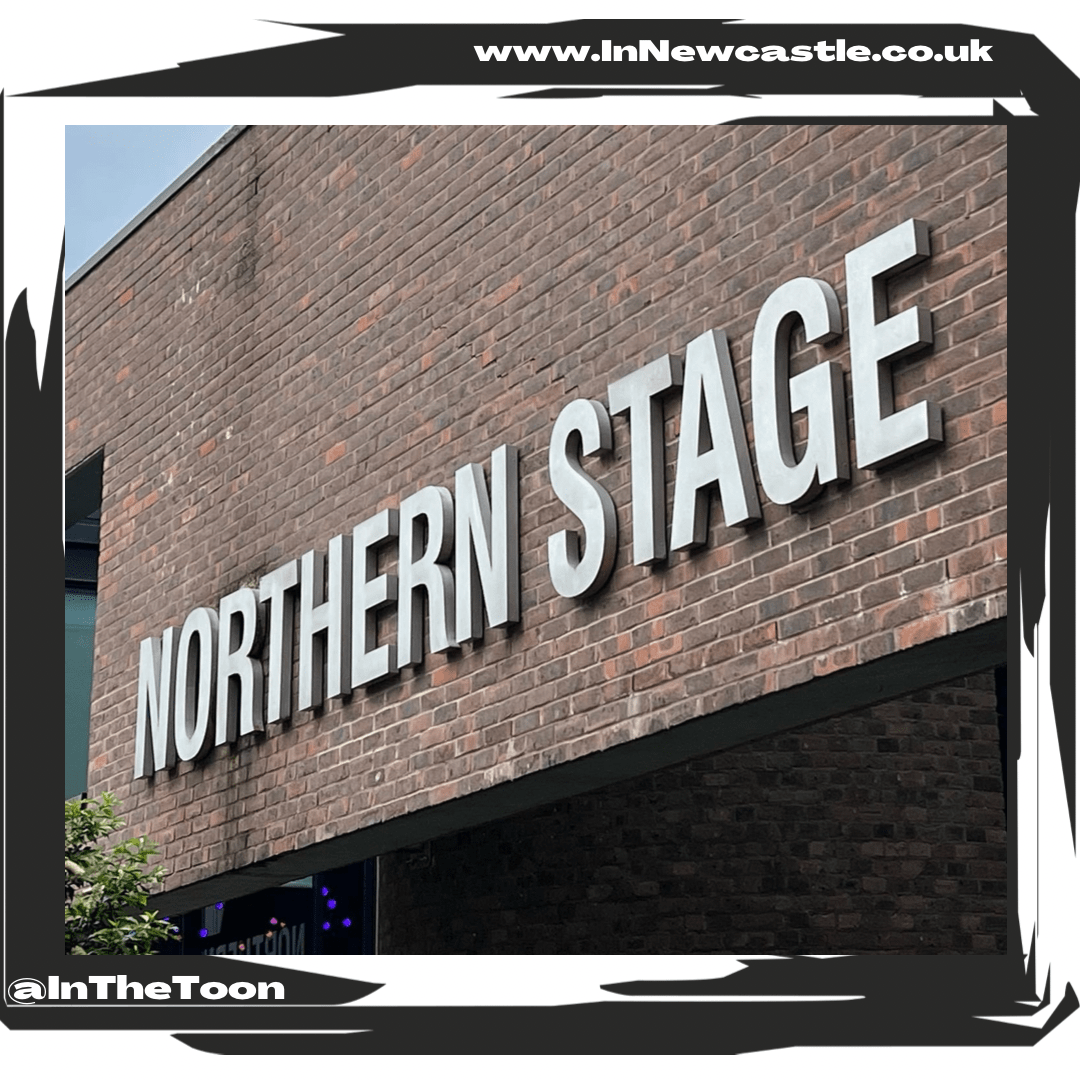 • Shakespeare North Playhouse, Not Too Tame and Northern Stage present a riotous new
production of A Midsummer Night!s Dream directed by Matthew Dunster and Jimmy
Fairhurst

• A contemporary new take on The Importance of Being Earnest from English Touring
Theatre directed by Denzel Westley-Sanderson.

• THIS IS NOW season continues with new shows about race, the climate crisis, queer
politics, disability and the experience of refugees.

This new season autumn 2022 at Northern Stage features brand new takes on familiar favourites including ariotous new production of A Midsummer Night’s Dream and a contemporary spin on The
Importance of Being Earnest. Powerful new dramas explore race, the climate crisis, disability,
queer politics and the experience of refugees, alongside family shows and great nights out for fans of dance, comedy and cabaret. Plus another chance to see award-winning and critically acclaimed shows audiences might have missed the first time around, including Pilot Theatre’s stage adaption of Malorie Blackman’s Noughts & Crosses, balletLORENT’s family ballet Rapunzel and Northern Stage’s magical adventure set on the streets of Newcastle, The Sorcerer’s Apprentice.

Northern Stage Artistic Director and Joint Chief Executive Natalie Ibu says, “We’re inviting audiences and artists to Northern Stage to figure out ways through this messy, confusing and everchanging world we live in, together, with bold new productions about the things everyone is talking about – the climate crisis, race, class, queer politics, disability and the experience of refugees. And because, sometimes, all you can do in the face of the tough stuff, is laugh, we’ve got events that offer pure escapism and a great night out. For anyone who thinks Shakespeare isn’t for them, there is literally no better company than Not Too Tame to make you reconsider – I fully expect to fall back in love with the Bard and I am hyped to be co-producing A Midsummer Night’s Dream with them and Shakespeare North Playhouse. It’s going to be wild! And I can’t wait to see Denzel Westley Sanderson’s thrilling new take on The Importance of Being Earnest for English Touring Theatre.”

A trio of proudly Northern working-class organisations come together for the first time to present a riotous new production of Shakespeare’s A Midsummer Night’s Dream (29 October-12 Novemberedirected by Matthew Dunster and Jimmy Fairhurst. Not Too Tame is an award-winning
theatre company that makes plays for people who feel theatre isn’t for them, and this anarchic new
staging takes over the epic space at Northern Stage after premiering at the newly opened
Shakespeare North Playhouse in September. The creators promise a show that’s to be experienced, not just watched.

Not Too Tame Artistic Director Jimmy Fairhurst explains, “Most people
have seen a version of A Midsummer Night’s Dream but this is a refresh of the real bones, the warts
and all of the play. It really speaks to me as a working class person – think Shameless meets
Shakespeare; a full-tilt, full-on night out. We want to see how dark we can go, like Nick Cave dark –
imagine a music festival at Banksy’s Dismaland bemusement park – and still maintain all the playfulness and celebration, that sense of fun, excitement and entertainment. It’s anarchic, raucous, great
night out theatre and we can’t wait to welcome North East audiences into our world.”

English Touring Theatre and award-winning director Denzel Westley-Sanderson breath fresh
new life into Oscar Wilde’s sharpest and wittiest comedy, The Importance of Being Earnest (4-8
October). This new retelling brings warmth, relevance and unique insight to Wilde’s classic satire
about dysfunctional families, class, gender and sexuality. Following the recent announcement that
Denzel Westley-Sanderson had won the Royal Theatrical Support Trust Sir Peter Hall Director’s
Award, ETT Artistic Director Richard Twyman said, “We’re delighted to be working with Denzel on
his production, in partnership with Leeds Playhouse and the Rose Theatre. He’s an intuitive, playful,
and visionary director and we can’t wait to see what he will do with this iconic text.” Denzel Westley-Sanderson added, “I’m honoured to have received the RTST Sir Peter Hall Director Award.
Touring is such a vital part of the theatre industry, and I’m excited to be a part of that with The Importance of Being Earnest. Expect all the sass, shade, and wit this play has to offer.”

Pilot Theatre return with their critically acclaimed stage adaptation of Malorie Blackman’s award-winning novel for young adults, Noughts & Crosses (18-22 October) – a gripping Romeo and Juliet story about growing up in a racially and socially divided world.

All the Beds I Have Slept In (8-9 September) from Phosphoros Theatre explores the kindness and care experienced by a company of performers who have left their homelands to seek asylum.

How to Save the Planet When You’re a Young Carer and Broke (30 September) is a refreshingly loud solo show with loads of fun, music, raw emotions and the rush of taking climate-positive actions into your own hands, from Boundless Theatre.

Based on her book, I Am [Not] Kanye West (1 October) by Natasha Brown asks how much of
ourselves we are willing to lose in order to win.

The final autobiographical show from award-winning artist Scottee, Class (4-5 October) uncovers what it is to be embarrassed about where you’re from, how you can pretend to be posher than you are and why you should never answer the door.

Downs With Love (2 November) from Cutting Edge Theatre is a ground-breaking new show described by the Scotsman as “a powerful step forward for people with Down’s Syndrome in
Theatre”.

Family shows include The Bird in the Window (15 October) – a joyous energetic rollercoaster of a
show, co-written and directed by Umar Butt and Jameela Khan for for age 5+.

The Gingerbread Man (25-30 October) is a spooky Halloween treat for under 7s and their families featuring live music and puppets.

An immersive, multi-sensory journey of friendship and fun from Toucan Theatre, The Naughty Fox (10 November) is for young audiences with profound, multiple learning disabilities (PMLD).

Family theatre specialists Kitchen Zoo (WOLF!, The Three Bears) are back with a brand new festive show especially for little ones – Hey Diddle Diddle: A Christmas Spectacular (19 November-8 January) brings together all your favourite nursery rhyme characters. And The Sorcerer’s Apprentice (3 December-7 January) returns to cast its magic this Christmas, putting a modern Northern Stage spin on a classic tale written by Laura Lindow, directed by Maria Crocker and with original music by Katie Doherty.

Northern Stage remains committed to making its programme as accessible as possible, including
captions, audio description, BSL at live events and relaxed approaches to the programme and time
frames for workshops, plus Northern Stage at Home allows people to watch Northern Stage productions at a time or place that better suits them.

Tickets for shows start from £10 and go on general sale from 6 June, with pre-sale tickets available
to Northern Stage members and supporters from 23 May. For more details and full listings visit
northernstage.co.uk

Read more about what’s on at Northern Stage here.