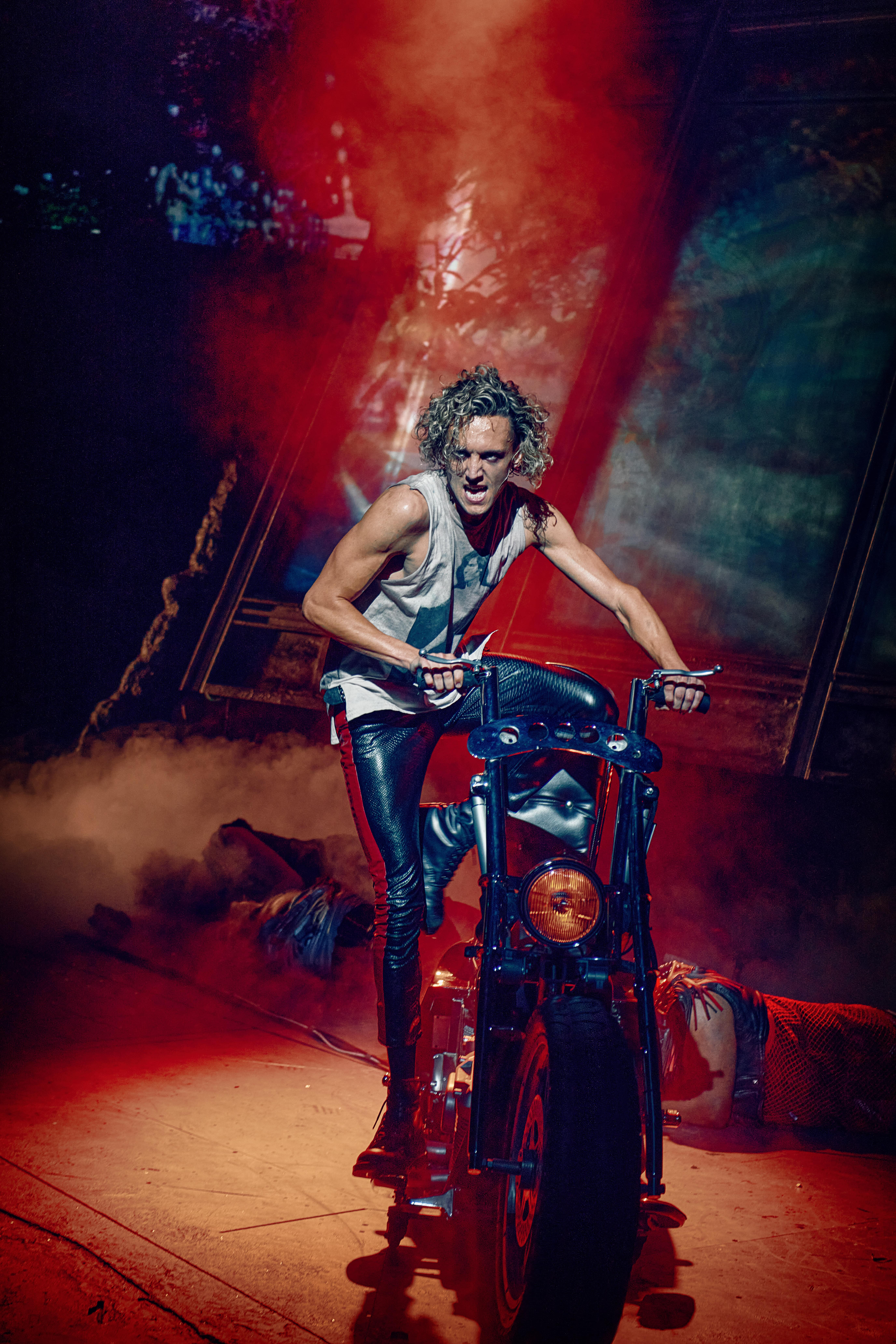 Things are set to get even hotter this summer! The spectacular wild child musical Bat Out of Hell thunders into Newcastle Theatre Royal and will be raising temperatures Tue 26 Jul – Sat 6 Aug 2022 during a stunning two week run.

In Bat Out of Hell – The Musical, the electrifying rock songs propel an epic story of rebellious youth and passion as Strat, the immortal leader of The Lost, has fallen in love with Raven, the beautiful daughter of the tyrannical ruler Falco.

Released in 1977, Bat Out of Hell became one of the best-selling albums in history, selling over 50 million copies worldwide.  Sixteen years later, Steinman scored again with Bat Out of Hell II: Back into Hell, which contained the massive hit I Would Do Anything for Love (But I Won’t Do That).

For the stage musical, the legendary and award-winning Jim Steinman incorporated iconic songs from the Bat Out of Hell albums, including You Took the Words Right Out of My Mouth, Bat Out of Hell, I Would Do Anything for Love (But I Won’t Do That) and Two Out Of Three Ain’t Bad, as well as two previously unreleased songs, What Part of My Body Hurts the Most and Not Allowed to Love.

A huge audience favourite, Bat Out of Hell won the Radio 2 Audience Award for Best Musical at the Evening Standard Awards and was nominated for eightWhatsOnStage Awards, including Best New Musical.