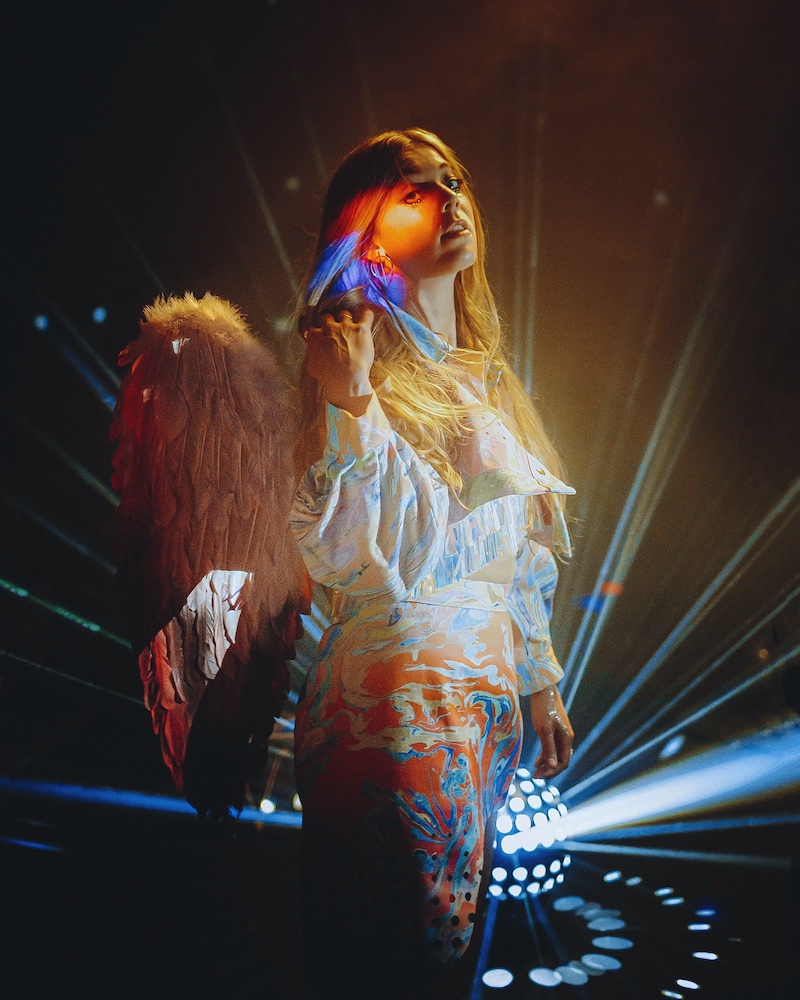 15th July 2021, London UK: Today show-stopping vocalist, hitmaking songwriter and dance music trailblazer Becky Hill announces that her debut studio album Only Honest On The Weekend will be released on 20th August 2021 via Eko Records/ Polydor. The announcement comes hot on the heels of Spotify UK revealing Becky as their July artist for EQUAL, theirprogramme to promote parity within the music industry.

“I’ve been waiting nearly 10 years to be able to say this! Finally, I get to introduce you to my album, my first complete body of work that I’m so in love with, proud of and excited to be putting out. With everything I’ve learnt in the music industry and in life, Only Honest On The Weekend reflects all that hard work, graft and growth. Ii feel so relieved, grateful and proud of myself, my team and my label for getting to this point. Here’s to many more albums and loads more success!” – Becky Hill

Becky Hill’s Only Honest On The Weekend will feature guest appearances from 220 Kid, Banx & Ranx, David Guetta, Shift K3Y, S1mba, Sigala and Topic. Becky has written or co-written every track on the album and enlisted the production skills of a broad and eclectic range of producers from Lost Boy and Billen Ted to MK, MJ Cole and MNEK.

The fifteen strong tracklisting of Only Honest On The Weekend (listed in full below),will encompass Becky’s string of hits released throughout 2020 and 2021, including: the recently released “Remember”, Becky’s highest charting lead solo record to date, “Better Off Without You” ft. Shift K3Y, (which is Certified Platinum after accumulating over 600,000 sales), “Heaven On My Mind”, (which has accumulated over 133 Million streams globally, and is now Certified Gold), and her Spring ‘21 Top 40 hit, “Last Time”. Becky Hill’s debut studio album, Only Only Honest On The Weekend will follow her long player Get To Know, the 2019 released 13 track collection of singles she either released herself or wrote and guest performed on. Get To Know is now certified Gold after being confirmed by Official Charts UK as one of the three biggest selling albums by a British female artist or act in 2020 andpeaking at no.16 on the Billboard Dance/Electronic Albums Chart in the US.

In addition to the release of Only Honest On The Weekend, the summer will see Becky perform a string of festival dates (including a headline slot at Camp Bestival, Reading & Leeds Festival, TRNSMT and Isle of Wight Festival), ahead of embarking on her UK & Ireland headline tour in the Autumn. See below for details of all dates/shows. Tickets for Becky’s headline tour are available to purchase here.

With an irrefutable aptitude for writing chart smashing pop songs and a reputation as a pioneer in the electronic music scene, Becky Hill is one of Britain’s most in-demand musical exports of the moment. She has over 180 songs registered with ASCAP – no mean feat considering only 17% of PRS for Music’s registered songwriters are female – and an impressive string of hits to her name.  Having written and performed on thirteen singles which charted in the top 40 of the UK Official Singles Chart, (including two top 10 singles, one number 1 and nine platinum records), Becky has now amassed over 2 billion streams on Spotify alone, and 1 billion streams in the UK. She has over 17 million monthly listeners on Spotify after being crowned the 2nd most-streamed British Female Solo Artist on Spotify UK in both 2019 and 2020.

BECKY HILL’S ONLY HONEST ON THE WEEKEND,RELEASED VIA EKO RECORDS/ POLYDOR, IS AVAILABLE TO PRE-ORDER NOW

Continue Reading
You may also like...
Related Topics:Becky Hill