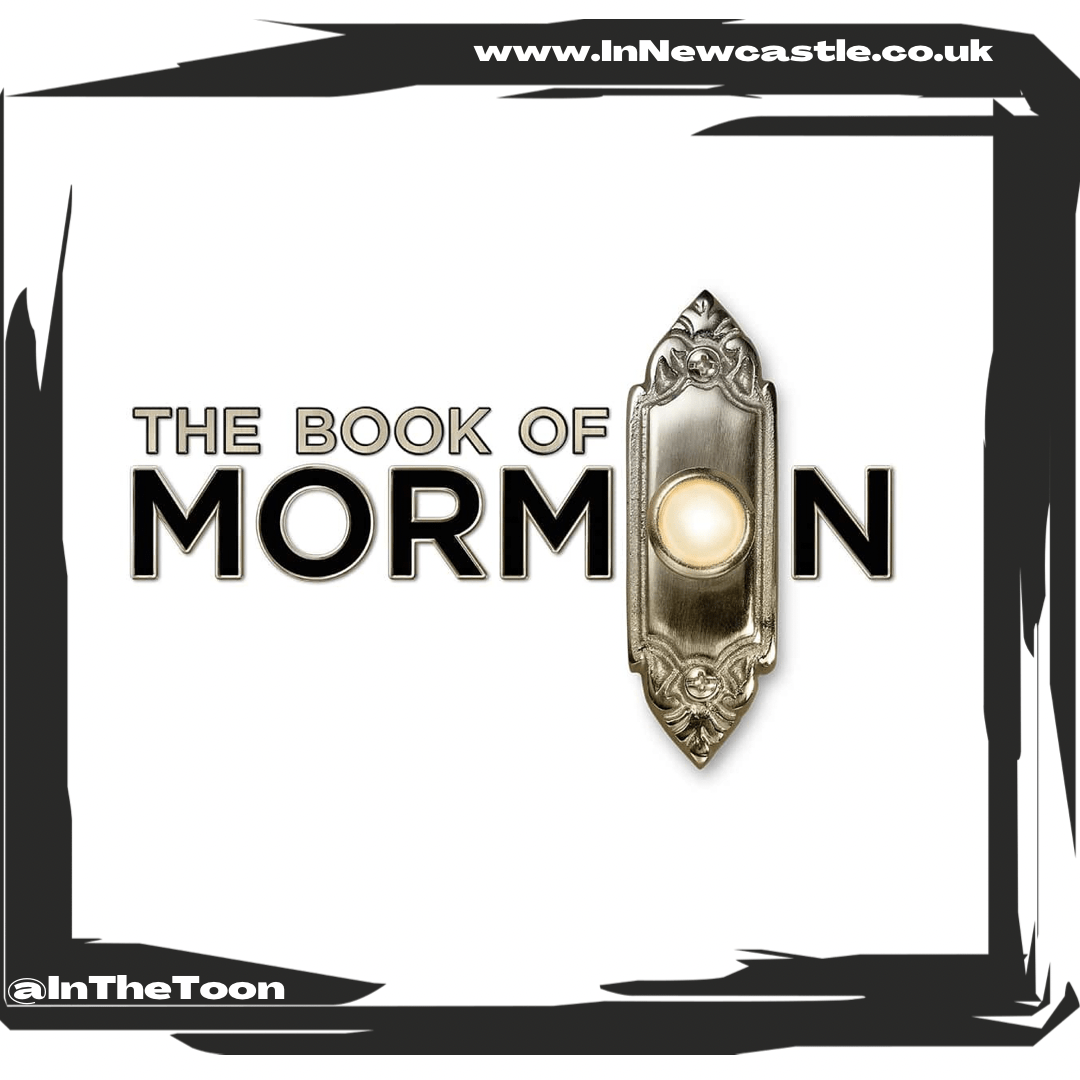 Ding Dong! Hello…My Name is Elder Aaron and I would like to share with you the most amazing comedy musical Book Of Mormon Review with you!

If you know who Trey Parker, Matt Stone and Robert Lopez are, then you’ll know what to expect from this musical. If not let’s fill you in.

This Broadway and West End hit is currently travelling to share the word and arrived in Newcastle on Tuesday for a preview night ahead of its official opening last night and is here for a three week run from Wed 15 Jun – Sat 9 Jul 2022.

Trey Parker and Matt Stone are the creators of the Emmy and Peabody award-winning television show, South Park, which has run for more than 20 seasons and the feature films South Park: Bigger, Longer & Uncut and Team America: World Police. Robert Lopez co-created the Broadway musical Avenue Q and co-wrote the songs for Disney’s Frozen and Coco.

If you still wonder after that, then know that you have to have a sense of humour and not be easily offended, as this show does that in a multitude of ways that has you laughing for all the wrong reasons.

This unlikely pairing are sent to Uganda only to encounter circumstances well out of their depth hoping to convert would be believers into their church of Latter Day Saints. Through rejection, insults, suppression, a little make believe, metaphors, innuendo and some Spooky Mormon Hell Dreams later, can they bring hope to a village that finds itself under threat of the local General. You’ll have to see it to find out!

Elder Cunningham played by Connor Pierson has been cast fantastically as our young, excitable, and impressionable missionary that is used to being a follower in life.

Robert Colvin is Elder Price the tall, handsome and confident young lad. He portrays his character excellently, you can imagine him as star quarterback of the Mormon missionaries who believes he has what it takes for his calling.

I just loved the voice of Aviva Tulley the young village girl brave enough to believe in more beyond the village.

The ensemble cast are fantastic in their support, and I know the audience loved Jordan Lee Davies as Elder McKinley. The sharpness of choreography, voices and emotive expression is there for all to see. They all bring added humour to many of the outrageous circumstances they find themselves in.

The soundtrack and lyrics are imaginative and many will have you tapping a foot or humming along. Songs such as Baptise me use innuendo well, Hello is a catchy number as well as Two by Two.

You have to have a sense of humour and not be offended easily. This isn’t for the politically correct. This is exactly what you would expect a musical to be from the creators of South Park and they make no apologies for it. Through all of it though, it’s a show of hope, belief and friendship that shines through.

Remember you may be able to get free travel too! If you’re seeing a live performance at The Theatre Royal, you can travel on Metro and the Shields Ferry for free for up to two hours before and after the performance. It means you can make a night of it and not have to worry about parking. More info: https://www.nexus.org.uk/metro/offers/theatre-royal

Thanks for reading our Book Of Mormon Review. Read more about whats on at the Newcastle Theatre Royal here. Read our other recent reviews here.