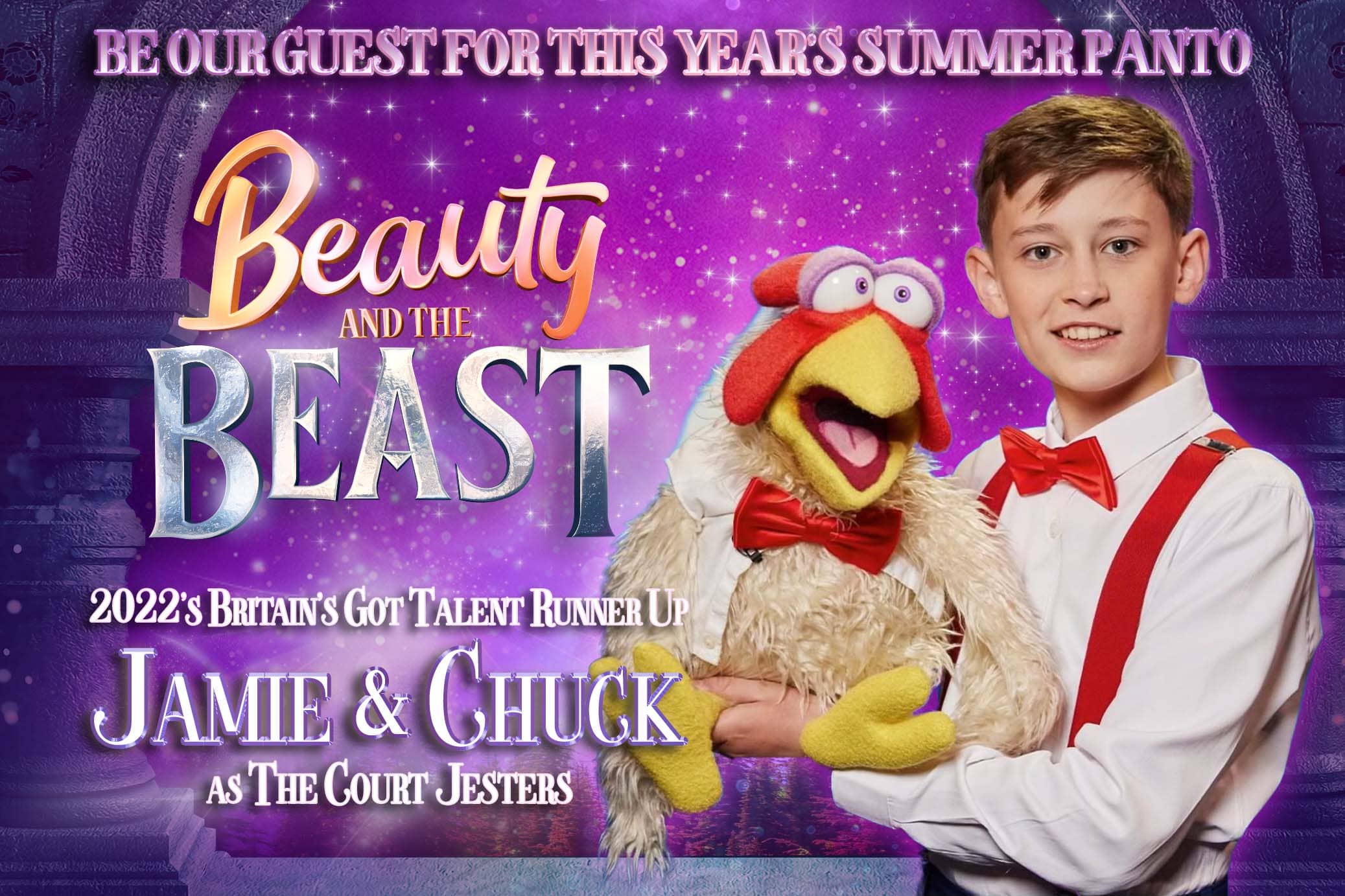 Fresh from 2022’s Britain’s Got Talent, runners up, Jamie Leahey and his chicken, Chuck, are “EGGcited” to be coming to the Playhouse Whitley Bay this August.

The im-peck-able ventriloquist and family favourite will be appearing in the North-East seaside resort for a summer pantomime production of Beauty and the Beast.

Coming second in the popular television competition, the talented teenager has already been entreating audience nationwide and now we welcome him to the Playhouse!

“Jamie is one of the UK’s fastest rising stars and I’m thrilled he’ll be joining the cast with Chuck in the Playhouse’s Summer Panto playing the Beast’s Court Jesters.

This year’s summer show is jam-packed with the spectacle our audiences expect but with a bucket-load of surprises, incredible music and hilarious comedy for all ages.

As always, it’s going to be this summer’s hottest ticket in town.”

Beauty and the Beast will play for a strictly limited run from 3rd – 7th August 2022 at the Playhouse Whitley Bay.