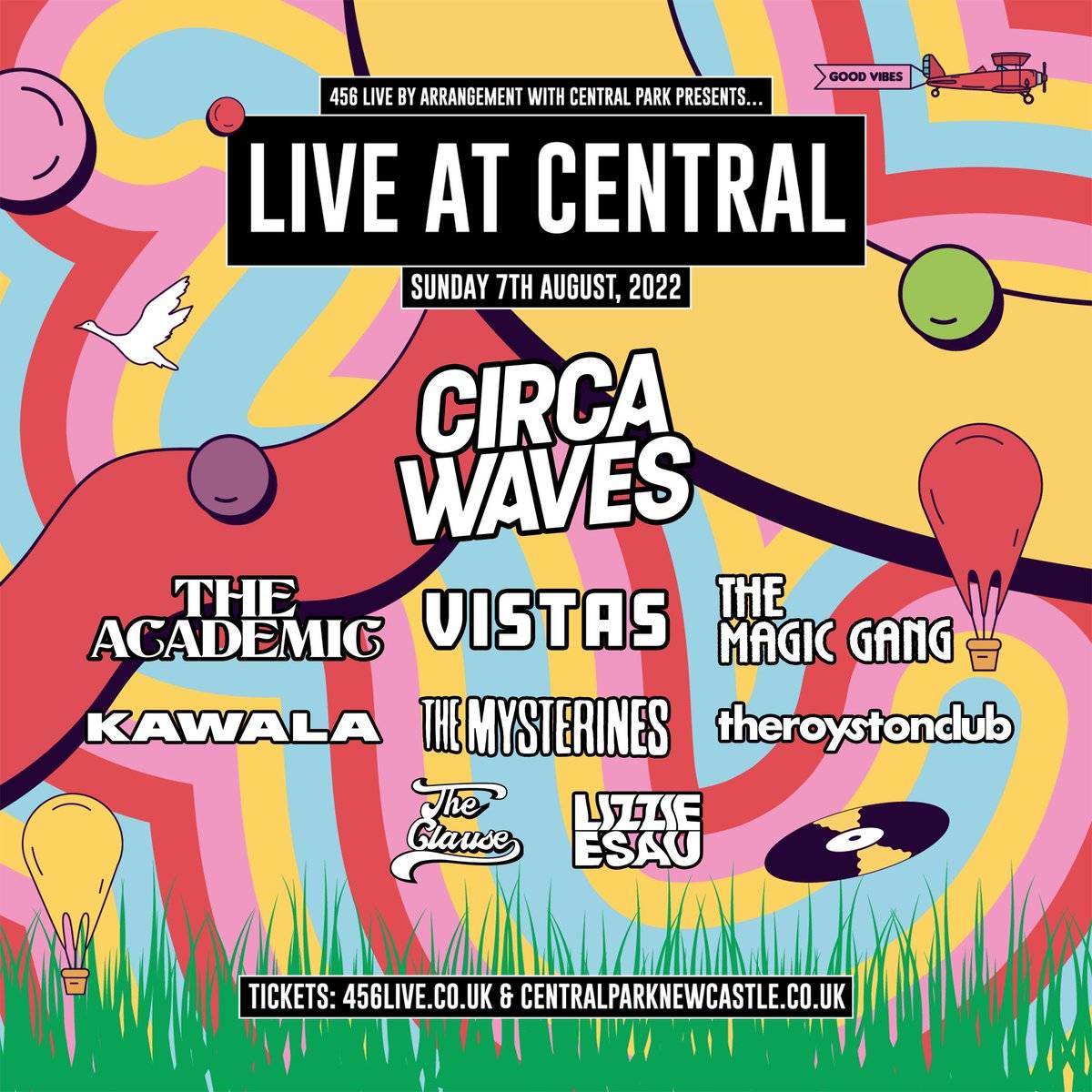 Circa Waves, The Academic, Vistas & more!

As Central Park gears up for its second year of scorching Summer entertainment, the venue announces an all-out indie music festival ‘Live At Central’ on the 7th of August.

Live At Central organisers, 456 Live, are bringing indie music’s best and brightest to Newcastle next month, where audiences will enjoy a stellar combination of live music, outdoor drinking and street food.

From emerging local talent to genre-leading mainstays, Live At Central promises to uncover your latest music obsession while you sing along to a soundtrack of fan favourites. The amazing line-up features veteran indie rockers Circa Waves, who are known for their signature melodic indie rock and their reputation for high-intensity live shows.

Consisting of frontman Kieran Shudall, guitarist Joe Falconer, bassist Sam Rourke and drummer Colin Jones, the band hit the ground-running from their acclaimed debut single ‘Get Away/Good For Me’ (which caught DJ Zane Lowe’s attention) in 2013, to their 2015 full-length offering ‘Young Chasers’, and then onto their most recent 2020 split album/EP release ‘Sad Happy’. After spending years honing their skills and sound, Circa Waves are the picture of nuanced pop sophistication.

Speaking ahead of the Live At Central showcase, Caitlin Maddison of promoter 456 Live said: “We can’t be happier with the line up for Live at Central which we’re sure is going to put Central Park on the map as the place to go for the best indie and emerging music in the North East.

“Circa Waves are the perfect headliner for the event which is all about celebrating the amazing indie music that the UK and the North East have to offer.”

From a post-pandemic pop-up, to becoming a trusted hotspot for live entertainment, Central Park is bringing back Newcastle’s renowned feel-good factor to the people of Newcastle and beyond.

Open 7 days a week from midday to midnight, Central Park brings together outdoor drinking, entertainment and some of the best street food in the region under an expanded covered area which can hold up to 800 people.

Tickets for Live At Central are on sale now.