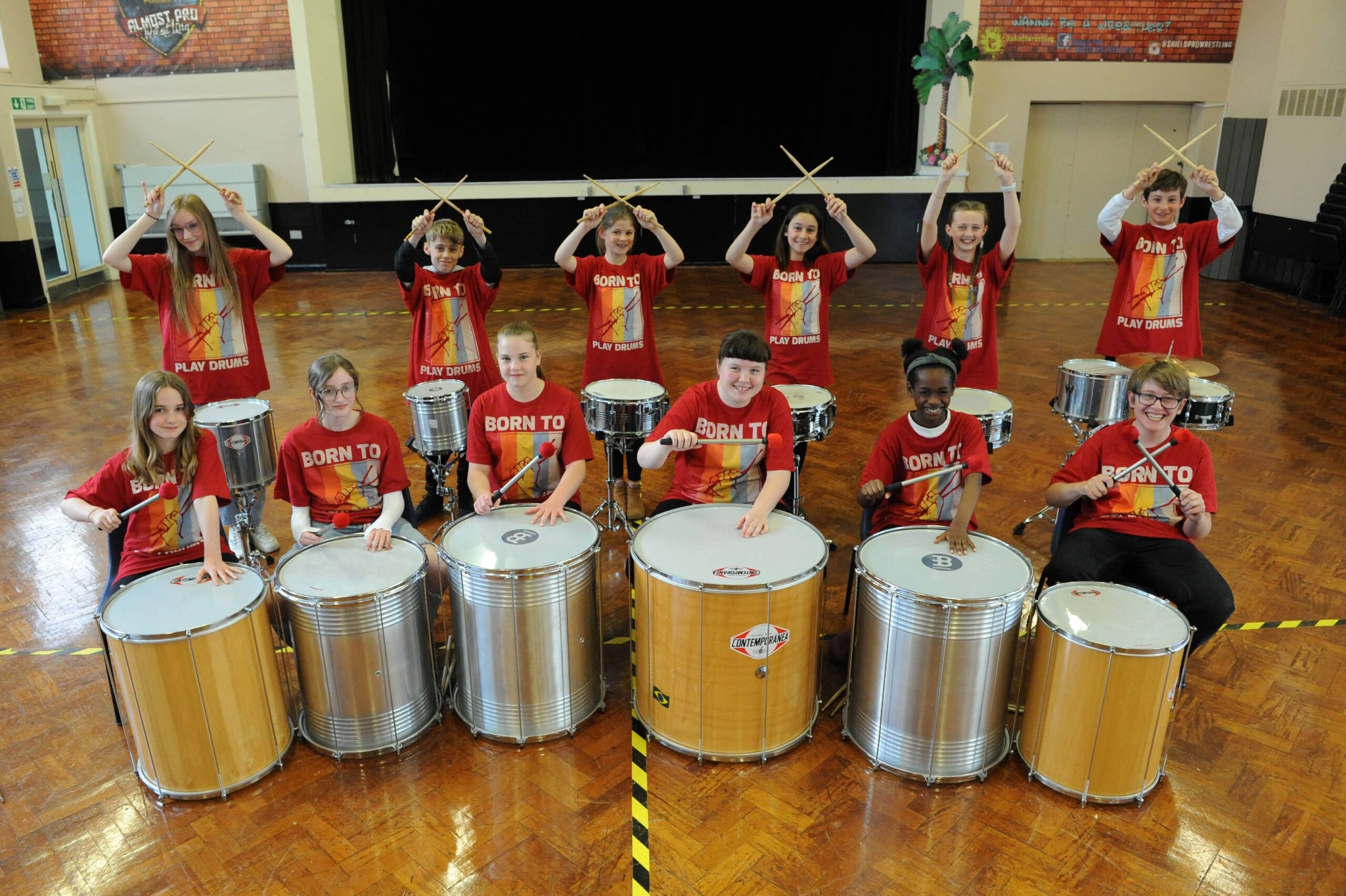 A GROUP of South Tyneside musicians is bringing a South American vibe to this year’s South Tyneside Festival, as the opening act for one of music’s biggest female names.

But before she takes the stage, visitors can enjoy some homegrown talent, with a performance by a group of young people who are part of the borough’s Drum Young initiative. The group – aged between nine and 15 – will be showing of their Samba drum skills to get the attendees in the park into the party spirit.

And it’s the latest in a long line of successes for this exciting initiative which has seen many of its alumni going on to play in other bands.

Drum Young is an Arts Council funded initiative which was set up by Gateshead and South Tyneside Music Education Hub, where children in schools had access to special lessons where they could learn to play.

Under the tuition of percussion teacher, Derek Bird, who is part of the Music Teacher Hub, the students have learned drumming skills, with some of them then going on to join Drum Young.

“It’s become really popular over the years and being part of this has given many of the young people real confidence,” said Derek.

“We’ve had children from all different primary and secondary schools across the borough who have come together to play and who really enjoy every minute of it.”

The group has been staging an annual showcase at The Customs House each year and has performed at previous Sunday concerts.

“Not surprisingly they are very excited about playing on the same stage as Ella Henderson,” said Derek.

“It’s quite daunting to play in front of such a huge crowd but once they get in front of the audience, they love every minute of it.”

Councillor Joan Atkinson, Deputy Leader of South Tyneside Council, with responsibility for Culture, Leisure and the Visitor Economy, said she was delighted that the festival could showcase local talent.

She said: “We have so many talented young people here in South Tyneside and we know that Drum Young is a huge favourite.

“It is wonderful to see these aspiring musicians taking to the Bents Park stage and being given such an exciting opportunity to shine. We have no doubt they will really get the fun underway when they perform in front of our Sunday Concert crowds.”

Ella Henderson is one of four headliners who will feature at this year’s Sunday concerts, which kick off on 10 July with Will Young and Beth Macari.

On Sunday 24 July there will be a Dance Revival featuring Whigfield, Phats and Small, D:Ream, Kelly Llorenna and Sonique, with the final show on 31 Julyheaded up by Shalamar, The Fizz and Rivelino.

Further information on all events during the festival are available at www.southtynesidefestival.co.uk