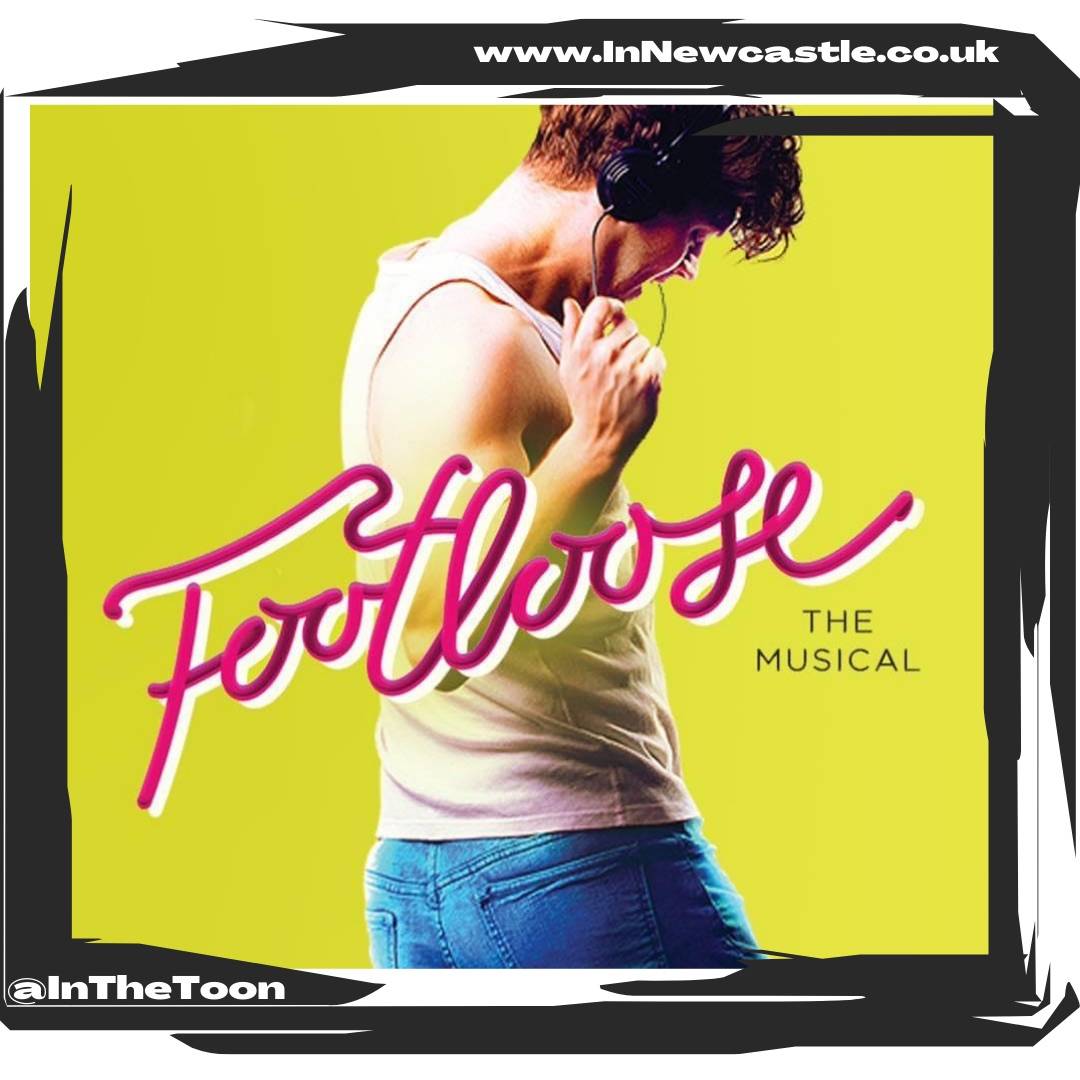 Footloose: where somebody’s eyes are watching and everyone’s ears are listening.

Based on the 1980’s movie, Footloose, ‘Footloose the Musical’ depicts the original classic but with a nuance that promoted a deeper feeling of connection, love, loss and unspoken grief that entwines through the generations.

We watched this adaptation of Footloose, by Selladoor Productions at Sunderland Empire from dress circle seats H18 and H19.

Despite starting more than 20 minutes later than scheduled the audience was primed to watch the singing and dancing of this small yet accurate snapshot of life.

Before tonight my plus one had never seen the original film but he did know the songs as I’ve been blasting them aroundthe house for the last few days. I watched it in the 1990’s as a teenager as despite the movie being a PG when it was released in 1984 my parents thought it a little racy for a nine year old.

The opening number ‘Footloose’ got everyone in the mood for the night ahead. For me it took a good 10 minutes before the show got the momentum it needed and from that point it built. I did need to suspend my belief with the American accents as they often slipped but the actors always recovered quickly.

From Chicago a newly single mum takes her son, Ren(Joshua Hawkins), to live with her brother in the very Christian city of Bomont.

The city has been in mourning for the last five years following an accident where four teens died driving home after a dance. From that point a ‘no dance’ rule which the locals abided by as law was put in place by Reverend Moore (Darren Day) who lost his son in the accident. This strictness has led his daughter, Ariel (Lucy Munden), to be quite challenging in his eyes however it is tame in line with deep teen angst. And the relationship between husband and wife tested. The daughter just wanted to be seen out of the shadow of her brother and enlists the bad boy Chuck (Tom Mussell) to do this.

New boy wants popular girl and popular girl is able to push away the bad relationship she is in and embrace, quite literally, the unknown.

Rev becomes a happier person and his wife MIGHT get her husband back.

There was a good chemistry between Ren and Ariel (Hawkins and Munden) and the voices were on point. Hawkins big city to local boy isn’t an easy transition but he manages it with aplomb doing it his way.

Rusty, Urleen and Wendy-Jo (Oonagh Cox, Samantha Richards and Jess Barker) were a joy to watch. Thank you ladies for not only supporting Ariel but for owning your own characters. Let’s Hear It For The Boy is an all time favorite of mine ao Oonagh thank you for doing it justice.

Willard played by Jake Quickenden was as ditsy as his love interest Oonagh Cox who played Rusty. Willard creates lots of moments of light relief especially with his new buddy Ren when they are often dancing and doing things in scenes where they are not the main part. The gold hotpants were a sight to see.

Darren Day plays Reverend Moore a man who possibly believes his actions are stoic rather than an entire mask for grief and being scared of loosing his daughter too.

The reverend goes on a journey of enlightenment when he actually listens to Ren, a boy who has nothing to lose in bearing his soul but everything to gain. From formal to pink and flamboyant in an Elvis style this character evolves in a really wholesome way.

The pace and the music

The show is quite fast paced and many of the actors play more than one part and in fact often turn into musiciansplaying a plethora of instruments. The talent displayed was so so good, it kept my partner entertained seeing who was playing what and where.

Whilst I am a purist when it comes to soundtracks in the main I enjoyed the change in arrangement of many of the songs.

The end wasn’t the end….

The whole ensemble joined in for a mix tape of all of the songs with the audience being encouraged to stand up and dance.

After that. The end still wasn’t the end…

As it is the week before Men’s Health Awareness week the Show and Sunderland Empire have teamed up with Sunderland MIND to raise money to support the charity. Darren was light-hearted about his diagnosis and that the amount of medication he was on should make him rattle. He truly owned the stage as Darren rather than REV at that point and hats off to him. Needless to say change flew into the buckets and Q codes were scanned.

A special mention goes out to the Signer who was on stage throughout. Often I was lost watching her. She was not stand alone from the production, she was, well and truly part of it.

It’s strange now in my 40’s I watched the relationship of the parents much more than my teenage self. Back when I was 15 I probably saw the parents as spoil sports but not now. The multiple layers of the production made me think about life, love, relationships, pain and remorse all wrapped inlove and kinship.

It’s not the best show I have ever seen however I would rate it 7.5 out of 10 and worth a watch.

Read more news from the Sunderland Empire here. Thanks for reading our Footloose tour review. Read other reviews here.