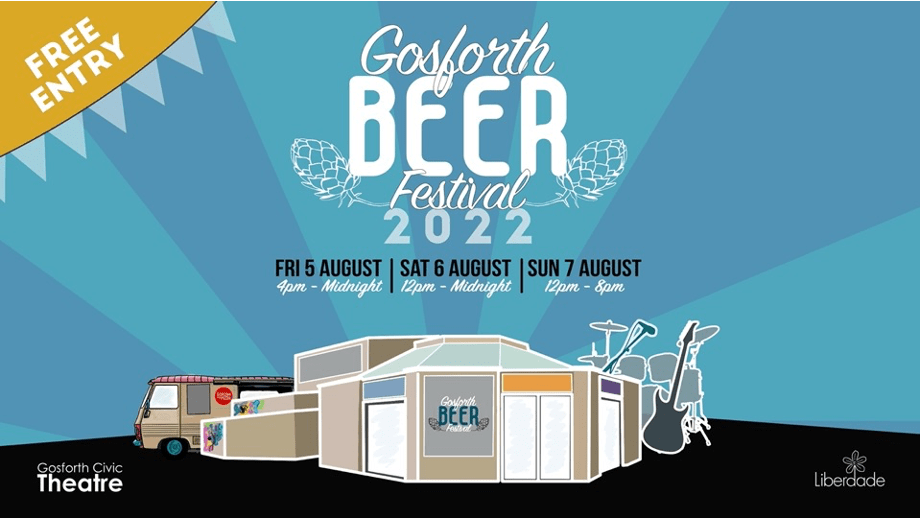 GOSFORTH BEER FESTIVAL IS BACK AFTER THREE YEARS WITH A FREE WEEKEND OF BEER, FOOD AND MUSIC

With 2019’s festival attracting over 2,000 visitors from across the North East, the team at the charity-run venue were keen to bring Gosforth Beer Festival back as soon as it was safe to do so following it’s COVID enforced break. This year it returns with a bang with over 20 craft beers on cask and keg, sound-tracked by a packed bill of musical talent and flanked by mouth-watering street food trucks catering for families of meat lovers, veggies and vegans.

Drinkers can expect to dive into refreshing craft and cask befitting of a summer festival from pales, saisons and sours to wheats, IPAs and the occasional delicious dark beer from celebrated local and national brewers, including Allendale, Almasty, Cloudwater, Left Handed Giant, Northern Alchemy, Outthere and Two by Two, with more to be announced during the build-up.

Sampling amazing beer is guaranteed to work up an appetite. Fortunately, the festival has a mouth-watering roster of street food vendors, including legendary burgers from Meat Stack, all the Neapolitan deliciousness from Scream for Pizza, the Greek gyros of Acropolis, tantalising tacos from biker’s own Chuchos, and a touch of Teeside with Parmo-rama.

For those with an appetite for live music, Gosforth Civic Theatre is the perfect place and Gosforth Beer Festival will be showcasing some of the best Tyneside talent. Friday night kicks off with a set from DJ Awkward Black Girl. From the Spin City Crew, she loves to play music and get people dancing with a mix of Rock, RnB, Soul, Funk, Garage, Hip Hop, Disco, Electro, Dance, and much more. Expect a nostalgic party vibe with a contemporary twist.

Saturday evening is tied together by a DJ set from Helen Walkinshaw, who will play records from their personal collection – expect nothing and everything, but you’re guaranteed a mucky mixed bag of bangers, where no genre is off limits and Prince will always get a spin. The night is punctuated with a headline set from The King Bees, a five-piece band from Newcastle-Upon-Tyne playing the finest 40s, 50s & 60s Rhythm & Blues from the Chess catalogue and beyond.

On Sunday is GCT’s new music stage which sees a line up of exciting, emerging artists to close out the festival. Don’t miss This Little Bird, whose music is steeped in emotion and reminiscent of female singer songwriters of the 70s Laurel Canyon scene, or Tommy, guitarist in Holy Moly and the Crackers, who draws on the timeless traditions of folk, country and soul, penning original songs that twist the old into a reflection of the present. Dayna Leadbitter and then Kate Bond finish the weekend, representing a new wave of female soul and RnB artists in the city. British-Jamaican singer-songwriter Dayna Leadbitter crafts soulful pop and jazz influenced anthems, while Kate has won over fans with her down-to-earth soul- infused pop. Her music is layered, reflective, and refreshingly earnest.

The entertainment also extends beyond the stage, with Saturday and Sunday afternoons serving up something for the whole family. On Saturday, mums and dads can supervise with a beer in hand while Puppetship’s Alison McGowan welcomes you to the Ugly Bug Ball! Dress up a dung beetle! Accessorise an earwig? Make your very own sparkly bug puppet and get on down to the party the insect world has been buzzing about… Sunday sees the return of the ever-popular retro consoles from GCT Gaming – a chance for parents to introduce the kids to the joys of the Sega Mega Drive or Commodore 64.

This aims to be a truly inclusive, affordable festival greater than the sum of its parts, made even more special by the cause that underpins it. Liberdade Community Development Trust is the charity that owns and runs the Gosforth Civic Theatre. Liberdade [pronounced lib-er- dar-jie] gives people with learning disabilities and autism the opportunity to belong, work and get involved in the arts and their community. Liberdade group members will be volunteering at the Festival all weekend – making them a key part of the team behind the event.

If you’d like to get involved in Gosforth Beer Festival, you can sponsor a Liberdade volunteer, sponsor a beer or more. Contact info@gosforthcivictheatre.co.uk for more information.

Read more about whats on at the Gosforth Civic Theatre here. Read our recent reviews here.