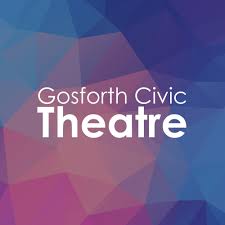 GOSFORTH CIVIC THEATRE SPRINGS IN TO ACTION WITH A SEASON OF DANCE, THEATRE AND LIVE MUSIC

Gosforth Civic Theatre, the arts venue run by disability arts charity Liberdade, continues to bring high quality music, theatre and dance to Gosforth this Spring as it continues to bounce back after two challenging years.

At the core of the programme is performance, with no fewer than six pieces of live, original theatre and dance between April and June including pieces of younger audiences and performances open to families. That is alongside a thread of live music from GCT Folk Club and local promoters Jumpin Hot Club, F54 Live and Wandering Oak, as well as the return of comedy to the Theatre.

Liverpool-based, female led theatre company All Things Considered bring their show Sleepover to GCT on 7 April to kick off the season of performance. They invite you to a 90s sleepover to discuss all the best things about being a teenager, leave the responsibilities of your grown-up world behind and embrace your teenage self who might just have something to tell you about how to live your life now.

Mortal Fools follow soon after as their Ensemble Young Company return with a brand-new show, and their first live performance since 2019! Devised and performed by young people from all over Northumberland, Flux is a contemporary, dynamic and poignant piece of theatre, showcasing an original soundtrack, bold set design, and the incredible talent and insights of young people.

June brings two more must see shows, one of which is a must for all the family. On 18 June, Becky Sharrock and Lisette Auton’s adaptation of The Secret Garden includes brand new folk songs, performed by the cast, and it’s hoped this beautiful reimagining will introduce a new generation to the transformational magic of the garden. A week earlier, Alison Stanley’s acclaimed show Life of Reilly is a play about family dynamics and how that can change when an ordinary North East family receive an autism diagnosis for their son.

Following the success of Rendez-Vous dance’s opening of The Monocle in February, you can expect to see more dance on the bill this Spring. Returning to GCT are Fertile Ground who will be showcasing their ground-breaking, multi-media dance show Myths & Dreams on Friday 6 May. It’s an ambitious and innovative programme created by four choreographers. The Company’s new season combines dance, film and digital sculpture in an imaginative evening performed by the cast of top North East emerging professional dancers – including a pre-show VR experience and curtain raiser film by Liberdade. Visitors to GCT also have the chance to get to see a scratch-performance of a brand new piece of work from emerging regional dance company Meta4Dance on 22 June as they present a showing of their work, Confluence.

GCT Folk Club continues with two gigs from nationally renowned artists. Kathryn Roberts and Sean Lakeman have long established themselves as one of the UK Folk scene’s most rewardingly enduring partnerships and they visit GCT on Monday 2 May to revisit and reinterpret songs which span their career.

Then a month later acclaimed guitarist and songwriter, and Lau’s very own, Kris Drever comes to Gosforth supported by Americana singer-songwriter Rachel Baiman.

Other musical highlights include ethereal, indie and electronic crossover gigs from caroline (1 April), James Heather (29 April) and Mary Lattimore (1 June), while Jumpin Hot Club brings us Americana and Country in the form of David Ramirez (30 April), Laura Veirs (11 June) and Chris Smither (18 June). Something a bit different? Songwriter for The Delines (who are playing GCT on 14 July), Willy Vlautin, launches his new book, The Night Always Comes, on 9 May while pop-punk troubadour Jeff Rosenstock pogoes into town on 16 April.

Comedy fans can get excited for The Lost Voice Guy’s Comedy Showcase on 25 June. The Britain’s Got Talent winner hosts his first comedy night at GCT complete with his brand new Geordie accent! See sets from Steve Royle, Lauren Pattison and a very special guest.

Along with a packed programme, the return of a busy community programme and continuing the growth of GCT Kitchen – including a new menu for Spring due to be announced – Gosforth Civic Theatre are committed to making GCT a safe space for everyone. Full information is available from gosforthcivictheatre.co.uk. To book tickets visit www.gosforthcivictheatre.co.uk/whats-on. View the Guide here