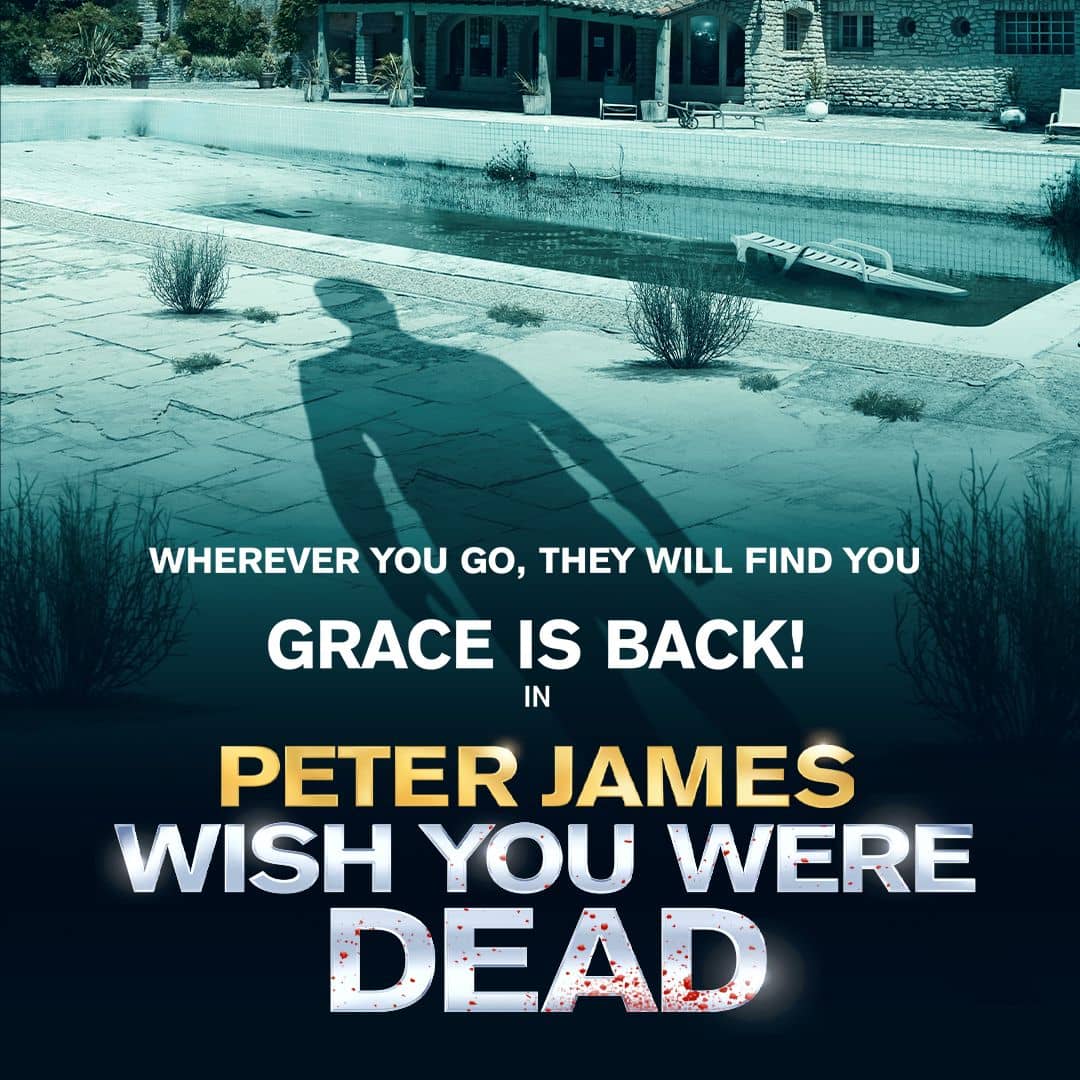 This will be the sixth stage adaptation of James’ best-selling novels – making it the most successful crime thriller stage franchise since Agatha Christie.

Adapted exclusively for the stage, the world premiere of ‘Wish You Were Dead’ will kick off a major five-month nationwide UK tour in February 2023 at the Churchill Theatre, Bromley. The production will then travel to theatres across the country until late July. Tickets are on sale now from PeterJames.com, with further dates to be announced soon.

Peter James said: “I have always loved live theatre, so it’s been thrilling to watch how much audiences around the UK have loved the plays. Theatre and the escapism it provides us all is so important – particularly now. Inside the safe cocoon of a theatre, audiences love to be on the edge of their seats and sometimes shocked, always hoping when that final curtain falls, order will have been restored and the world will seem just a little bit of a better place. I am incredibly grateful for the support regional theatres and their audiences have shown our plays and it will be fantastic to see another one of my books being adapted for the stage – the sixth one! – and audiences enjoying it, in 2023.

The gripping television series ‘Grace‘ was an immediate success with audiences when it launched on ITV in 2021, with almost nine million viewers tuning in to watch the primetime drama starring John Simm as DSI Roy Grace. Series two returned to TV screens in spring this year, with five more thrilling episodes being the most watched programme across all channels on each of the Sundays they were broadcast. A third series has already been commissioned for 2023.

The stage play of ‘Wish You Were Dead‘ follows DSI Roy Grace and Cleo Morey as they take a much needed holiday together. Cleo hopes that she will finally get Grace to herself for a few days and away from his crime solving exploits. But their dream escape turns out to be the holiday from hell, as the past comes back to haunt them.

Peter James is a number one bestselling author of crime and thriller novels and the creator of the much-loved Detective Superintendent Roy Grace. He has topped the Sunday Times bestseller list 19 times and has achieved global book sales of over 21 million copies which have been translated into 37 languages. Synonymous with plot twisting page turners, he has garnered an army of loyal fans throughout his storytelling career which also included writing for TV and producing films. He has won over 40 awards for his work, including the WHSmith Best Crime Author of All Time Award, Crime Writers’ Association Diamond Dagger and a BAFTA nomination for The Merchant of Venice starring Al Pacino and Jeremy Irons, which he also executive produced.

Further dates to be announced soon