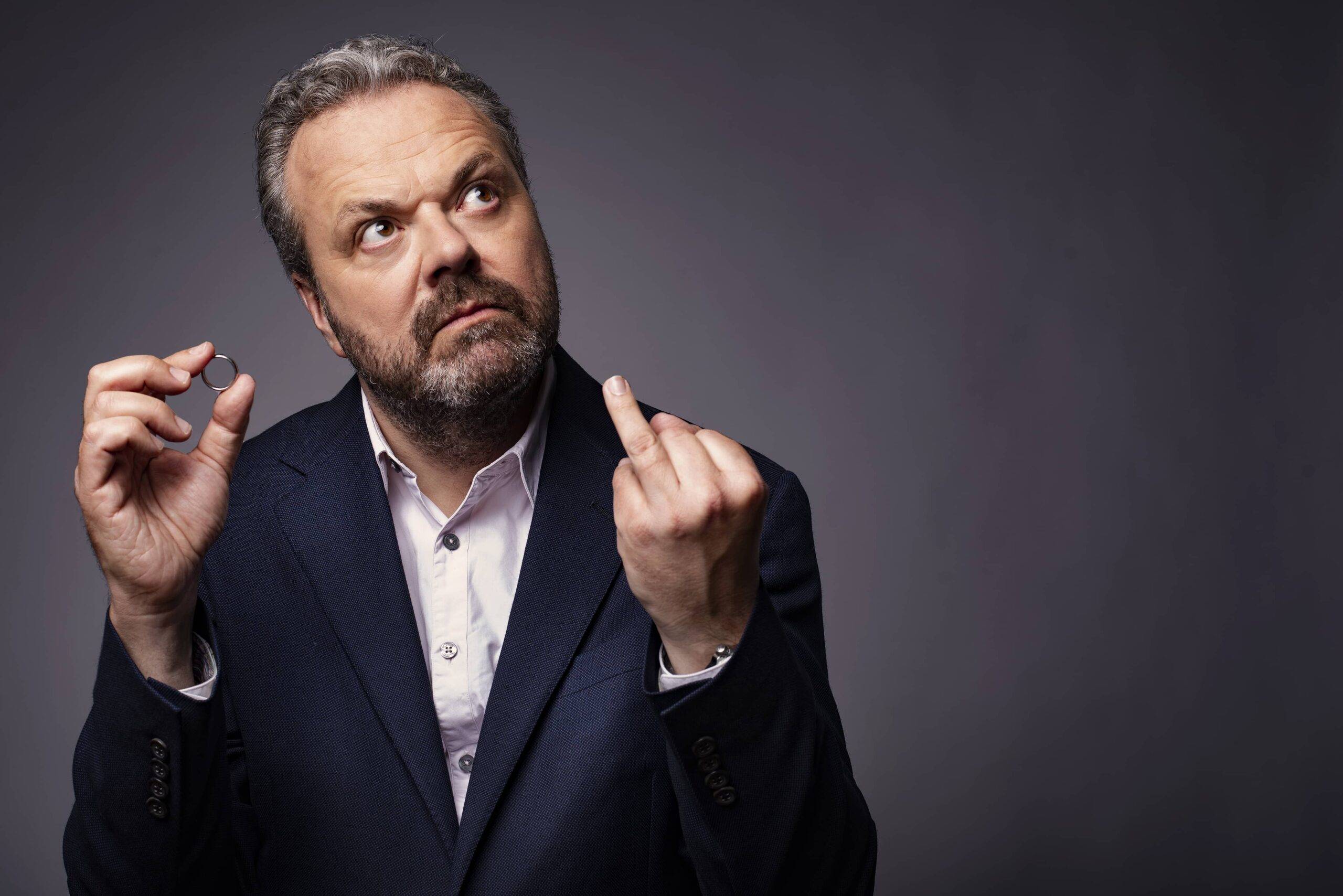 ‘IT’S BEST YOU HEAR IT FROM ME’

One of the UK’s best loved stand-up comedians – Hal Cruttenden – is back on tour with a brand-new show entitled ‘It’s Best You Hear It From Me’. The show premieres at the Edinburgh Festival’s Pleasance Courtyard this August before taking in a mammoth 62 dates, starting on 9th September at Newcastle’s Tyne Theatre and culminating on 21st June 2023 at the Palace Theatre Redditch.

After 21 years and 224 days Hal’s back being single. But it’s all going to be fine. Instead of getting the therapy he clearly needs, he’s made a cracking show about it. He’s lost enough weight to almost get his wedding ring off and, while he may be flying solo, he’s far from alone; he’s got his grown-up daughters, his dogs and his divorce lawyer.

Hal, and his soon to be ex-wife Dawn, are part of the surge in ‘grey’ divorces. His hair certainly is and hers changes colour so often that she’s not quite sure. But this show isn’t just for those who’ve been through divorce and single people who need cheering up. It’s also for blissfully happy couples who can’t imagine that their marriage will fail, and that smug look will be wiped off their face.

This show not only makes you laugh but gives hope and a shared experience to the 42% of the population that get divorced in the UK – just don’t tell them that 60% of 2nd marriages end in divorce too!

So, make a date to see a show from a man who hasn’t had a date since 1999 when conversation revolved around the twist in ‘The Sixth Sense’, ‘will the Millennium Bug kill us’ and ‘isn’t that Boris guy funny on ‘Have I Got New For You’.

The former Perrier awards nominee is one of the top touring stand-up comedians working in the UK and Ireland today, as well as being a highly accomplished writer, presenter and actor. He’s hosted The Rugby’s Onon BT Sport with Ugo Monye. He has also made several appearances on ‘Live at the Apollo’ (BBC1 & 2), ‘Have I Got News For You’ (BBC1), ‘The Royal Variety Performance’ (ITV1), ‘Would I Lie To You’ (BBC1) ‘The One Show’ (BBC1), ‘The Great British Bake Off: An Extra Slice’ (BBC2 & Channel 4) and ‘The Apprentice: You’re Fired’ (BBC2).

“An absolute joy to watch…fabulous” SCOTSMAN ★★★★

‘He had the audience in stitches’ DAILY RECORD ★★★★★

TV also includes ‘Richard Osman’s House of Games’ (BBC2), ‘Mock the Week’ (BBC2), ‘Celebrity Mastermind’ (BBC1), ‘Celebrity Chase (ITV1), and ‘Celebrity Tipping Point’ (ITV1). Hal wrote and starred in his own sitcom, ‘Hal’ on Radio 4, as an actor he trained at the Central School of Speech and Drama, he has appeared in ‘Shackleton’; ‘Eastenders’; ‘Touching Evil’, ‘Bramwell’, ‘Mrs Dalloway‘, ‘Brexit’, ‘Making News’ and ‘Orwell A Celebration’.

‘Go and see Hal Cruttenden, he’s got something to say and he’ll make you laugh; a lot.’

Hal is fanatical about quizzes, politics and rugby.