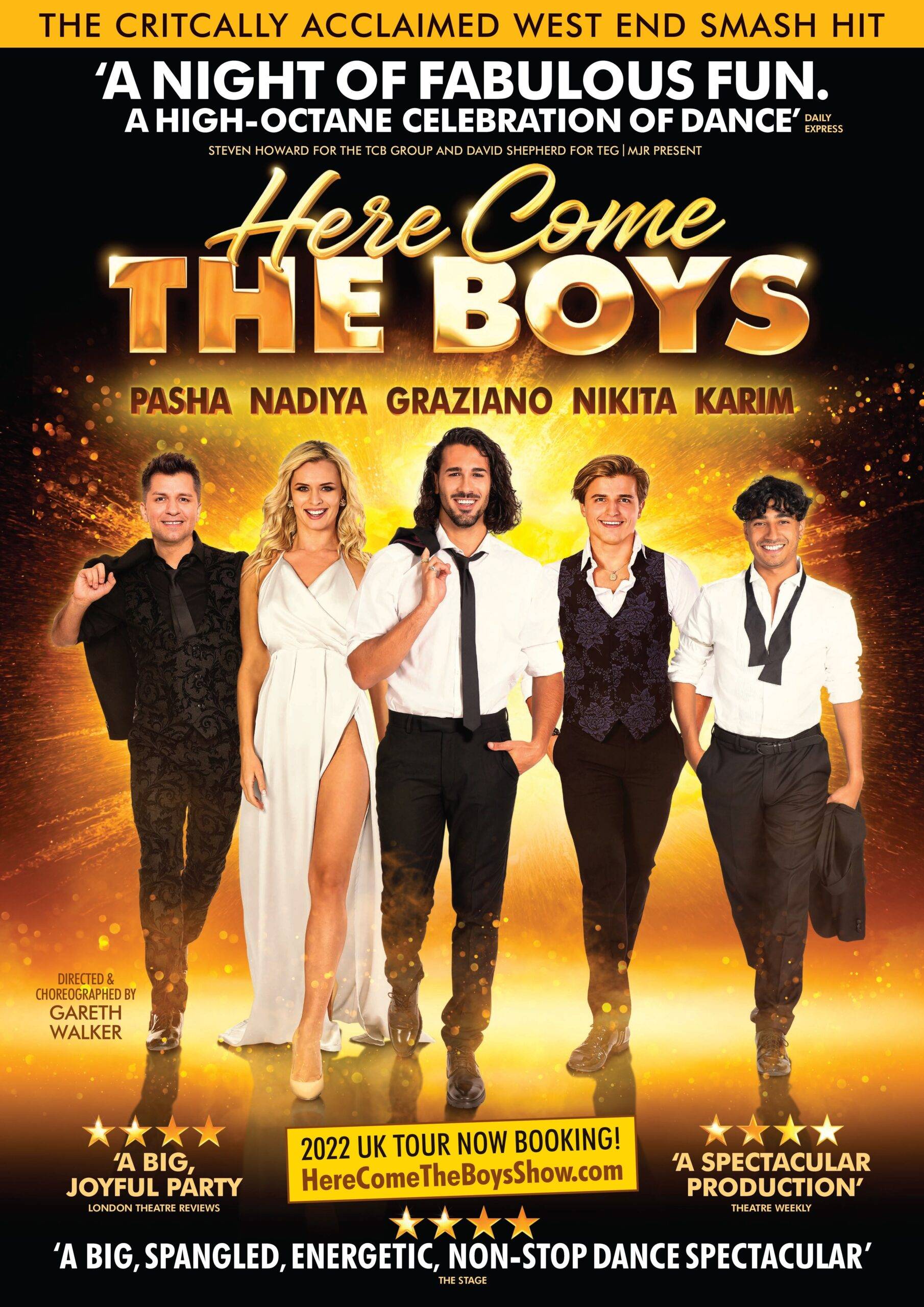 Here Come The Boys was probably the most high-energy dance show I’ve ever experienced, I was exhausted just watching from my seat!

I’d seen this show a couple of years ago with the original lineup of dancers, it was wonderful but the new version…  This is not your grandma’s Strictly!

I’m relieved I have a TikTok community or I wouldn’t have known a lot of the music used last night and some of the silver-haired audience members must have wondered what was going on.  I can’t list the tracks as they were mashups of mashups but it was all super high energy and a wholly joyful experience!

Here Come The Boys would of course be nothing without its cast members, Graziano di Prima, Nadiya Bychkova, Pasha Kovalev and Strictly finalist Karim Zeroual, plus Ukrainian Nikita Kuzmin.

Nadiya and Karim were our hosts for the evening and they really helped to keep things moving along as well as showed us their dance skills, whilst Graziano (my favourite), Pasha and Nikita covered all of the dance styles at certain points.  There was ballroom, salsa, and rhumba, I spotted Fosse hands and Gaga monster paws, Bollywood moves and body popping, when I said it was high energy I really meant it.

Yes, there were some quieter moments but overall, I loved the cut and thrust of the contemporary styles set to the most modern music, Blinded By The Light opened the show, Michael Jackson was in there, Billie Eilish, Enrique Inglesias, were the ones I actually knew.

I’ve seen many dance shows over the years and they’re all wonderful, the lady next to me was chatting to me and it was clear we’ve both seen a lot of “Strictly” shows but we both agreed we loved last night and my friend who accompanied me loved every second.

Last night was the final show in the current run but you know they’ll be back bigger and better than ever after Strictly 22, that is one thing I am certain of so when they tour again make sure you get yourself, your mam and your grandma a ticket, you will all have a blast no matter what age you are.

As the great Len Goodman would have said “It’s a Ten from Len” and for me, it really was a 10/10 performance which left me bouncing out of the theatre and skipping home with joy!!

Guest Review by Mandy Charlton (Check out her Tik Tok)