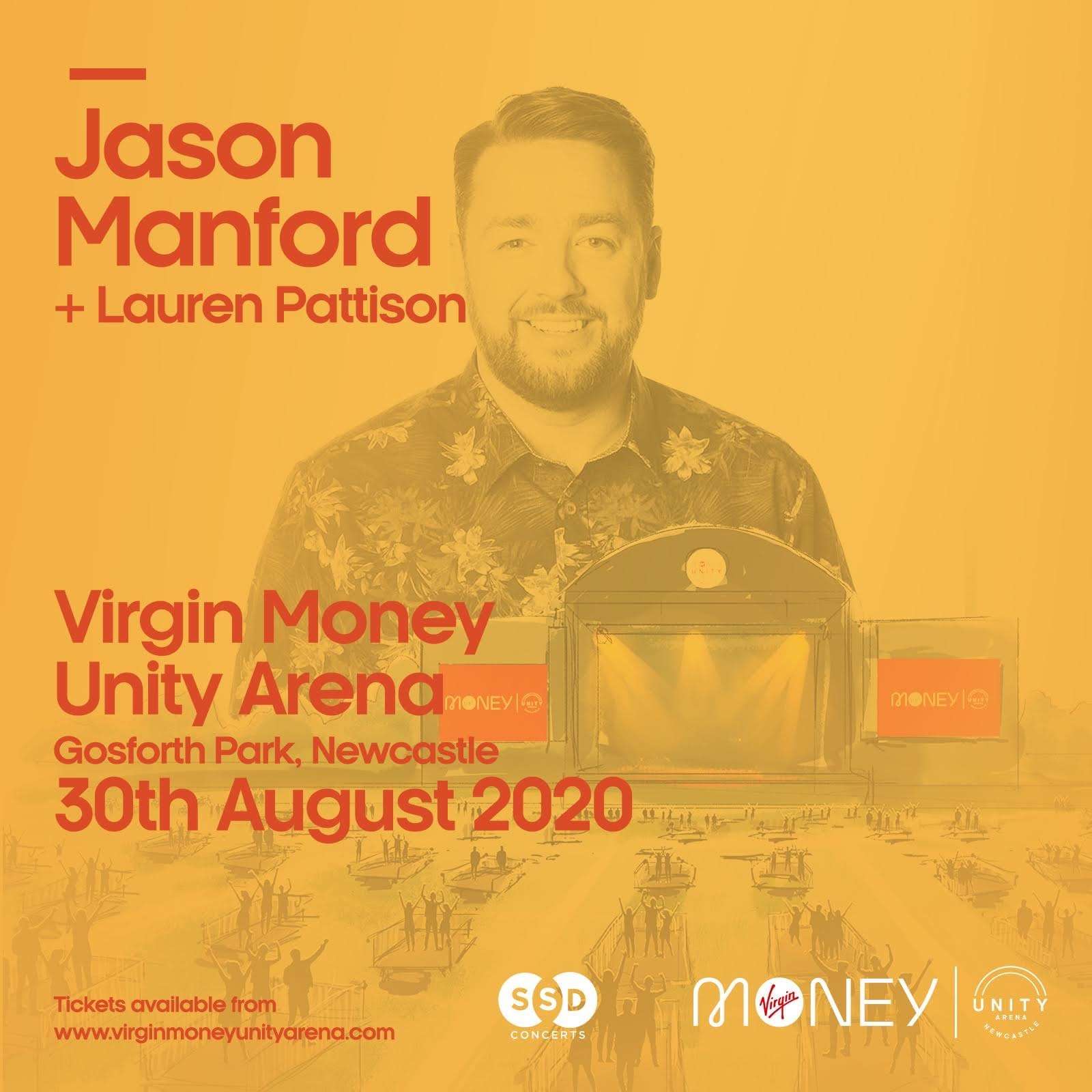 Sunday Evening Comedy came to the VM Unity Arena for the first time and the laughs came with it.

Until now we’ve had multiple live music gigs,  Bongos Bingo and Dinosaur World Live, but how would comedy work in a socially distanced arena? Well I was given press access to watch this first comedy gig at the venue and thought it was great.

Newcastle lass Lauren Pattison supported and in fine form she was. Telling us jokes about her life in London, aspirations of being a full time comedian, how she got sacked from boots, delving into her love life and her love for Newcastle.

Lauren may have looked small on this huge stage but filled it full with comedic talent. We’ve followed Lauren for a while and she still shows why she is top class.

Manford followed on immediately and opened his set with a song! Bit left field but shows he is multi talented after having been on stage and shows he has a pretty good voice.

Launching into a set he discussed the weirdness of the socially distanced gig and covered different areas of lockdown. His experiences of playing a gig in Middlesbrough. His thanks for teachers, tribulations of home schooling, old school parenting and how we left our kids out in the street all day. Being turned down for a job by Tesco and delivering for Iceland. He also mixed in some test material for his planned tour next year.

He finished on a song again and had the arena up singing with him. Jason Manford was as good as ever and engaged this audience as good as any other venue he’s previously played. It doesn’t matter how the seating is allocated if they make you laugh, you laugh!

He showed comedy works in this environment and it didn’t take long for it to feel normal. Next up on the comedy line up is Jimmy Carr tonight and Bill Bailey tomorrow.

If you haven’t got a ticket then snap them up.