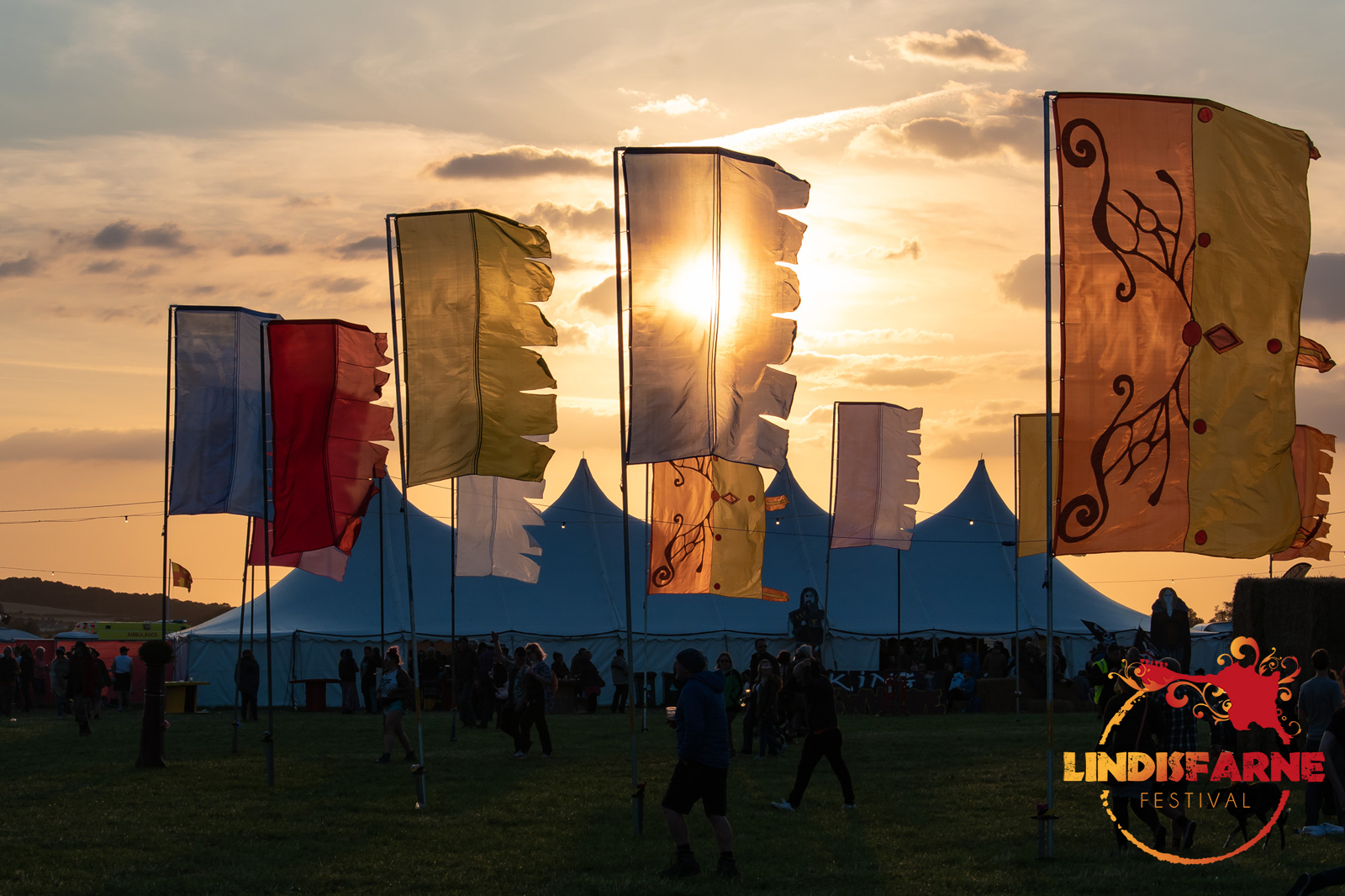 Organisers of Lindisfarne Festival have been overwhelmed with the response to the return of the weekend-long event, which will welcome thousands of good time seekers to the stunning Northumberland coast next week (Sept 2-5).

And their message to anyone thinking of buying a ticket is clear: You’d better be quick!

Just 300 tickets now remain for the much-loved camping music and arts festival, which boasts a glorious location overlooking Holy Island and will see more than 200 acts – including headliners Groove Armada and Dizzee Rascal – perform across 10 stages.

With just a week to go until the festival flags begin flying across the Beal Farm site, Lindisfarne Festival founder, Conleth Maenpaa said he couldn’t have wished for a more uplifting response to its return.

The majority of extra tickets released following the easing of Government restrictions in July were snapped up within days, meanwhile the team have also been inundated with supportive messages from many eager ticketholders eager to share their excitement for festival proceedings to get underway.

Conleth said: “People’s affection for Lindisfarne Festival never fails to give me joy, but this year has been another level of special.

“After we were able to increase our capacity and release the extra tickets, there has been a wave of people getting in touch, both to book their spot at the Festival and also to let us know just how much they’re looking forward to it. It has been really wonderful.”

Small but beautifully formed – and offering a packed programme which belies its size – the three-day music and arts extravaganza has been consistently growing in popularity since it introduced itself in 2015 and has built a reputation for being the ultimate end of summer party for grown-ups (the event is strictly over 18s only).

Headlined by Grammy Award-winning British electronic music duo, Groove Armada and BRIT Award and Mercury Music Prize winner, Dizzee Rascal – who is topping the Friday night bill – the Lindisfarne Festival line up for 2021 has hit the right note with thousands of festival goers who already have their tickets in a safe place.

Although plans for the 2020 event were shelved like so many others when the Covid-19 pandemic took hold, the vast majority of the acts were rebooked for this year’s return including Alabama 3, From The Jam and Craig Charles Funk & Soul Club.

Running alongside the exciting music menu will be an exhilarating programme of performance and activities including stand-up comedy, creative workshops, spoken word, yoga and holistic therapies as well as street performers all over the place and glamping packages for those who like their camping served with a healthy portion of luxury.

Conleth added: “We’re really proud of the programme we’ve put together for this year’s Festival and still have lots of surprises to reveal too. We can’t wait to see people soaking it up.

“Being able to have an even bigger Lindisfarne Festival family this year feels like a real gift. It’s going to be one to remember.”

The last Lindisfarne Festival tickets are on sale now via www.lindisfarnefestival.com/tickets with a range of options including a 3-day festival pass priced at £110, including camping. Keep an eye on the Festival’s Facebook, Instagram and Twitter accounts for updates.

Continue Reading
You may also like...
Related Topics:Lindisfarne Festival