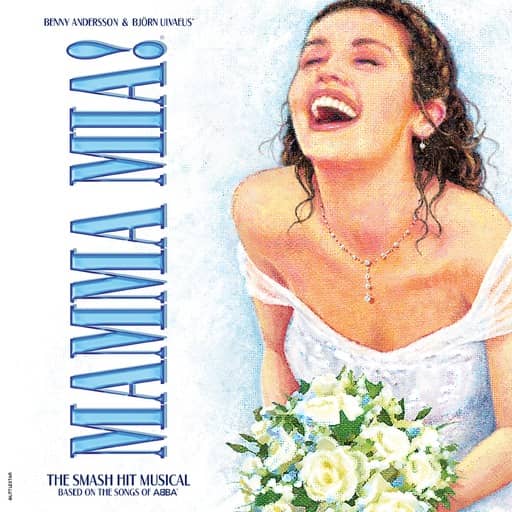 Mamma Mia! Is back and as uplifting, fun and enjoyable as ever. In fact you’ll be having the time of your life!

The month was January 2020, and this was the last musical I saw before the country went into lockdown shortly after.  I was fortunate enough to meet the cast of Mamma Mia! UK Musical tour when last at the Newcastle Theatre Royal It’s an understatement to say a lot has happened in the two and a half years since.

So with this tour coming back to the North East, this time to the Sunderland Empire, for me it feels like theatre has come full circle in its return post Covid. It’s also great to see the likes of Helen Anker, Nicky Swift, Toby Miles and Daniel Crowder also return in their roles.

For those that don’t know what it’s about. Mama Mia is a musical based on the songs of ABBA. A 20-year-old Sophie (Phoebe Robert) is preparing to marry her fiancé, Sky (Toby Miles). She wants her father to walk her down the aisle but doesn’t know who he is. Sophie discovers her mother’s old diary and finds entries which describe three dates with three different men. Sam Carmichael (Richard Standing), Bill Austin (Phill Corbitt) and Harry Bright (Daniel Crowder). Sophie suspects one of them to be her dad and so invites them all to her wedding under the pretence of being her mother on the invites and from there the story unfolds.

Phoebe Robert stepped up for the role of Sophie and gave us a beautiful performance of the young wife to be who is eager to find out who her father is. Robert was emotive, articulate and a real joy to watch supported well by Toby Miles in the role of fiancé Sky.

Sarah Poyzer played mother Donna Sheridan, and I feel this role must bring the best out in people as she excelled.

Energised by the arrival of her best friends Rosie and Tanya (played by Nicky Swift and Helen Anker respectively), she then has to prepare for a wedding, and worry about the fact three potential fathers of her daughter have arrived at the hotel. Poyzer blended magnificently into the friendship of these three ladies and the chemistry was clear to see. Poyzers rendition of ‘The Winner Takes It All’ was just dazzling.

These two accompanying best friends are also fantastic in their support of Donna and both Nicky Swift and Helen Anker who play them are well versed in their roles and are truly funny. Both get their moments in the spotlight as Helen Anker fends off interest from Pepper (played by James Willougby Moore) in ‘Does your mother know’ and I loved Nicky Swifts ‘Take a chance on me’ inviting a lot of interest from potential father and explorer Bill played by the hilarious Phil Corbett.

The three fathers Sam (Richard Standing), Harry (Daniel Crowder) and Geordie Bill (Phil Corbitt) were all fabulous and definitely all brought their own individual personalities to the roles.

The music is Abba, and the lyrics are seamlessly intertwined into the script which can be hard for any musical based on a series of songs to do. You’ll here over twenty or so classic hits that you no doubt will be singing along or toe tapping too! This show had a range of ages in attendance and shows that it has appeal to everyone.

Mamma Mia! is a feel-good show that is sure to leave you with a smile on your face. With an amazing cast, beautiful set, and truly iconic music, this production is not one to be missed. So go ahead and treat yourself to a night out at the Sunderland Empire —you won’t regret it!

Read more news from the Sunderland Empire here. Thanks for reading our Footloose tour review. Read other reviews here.