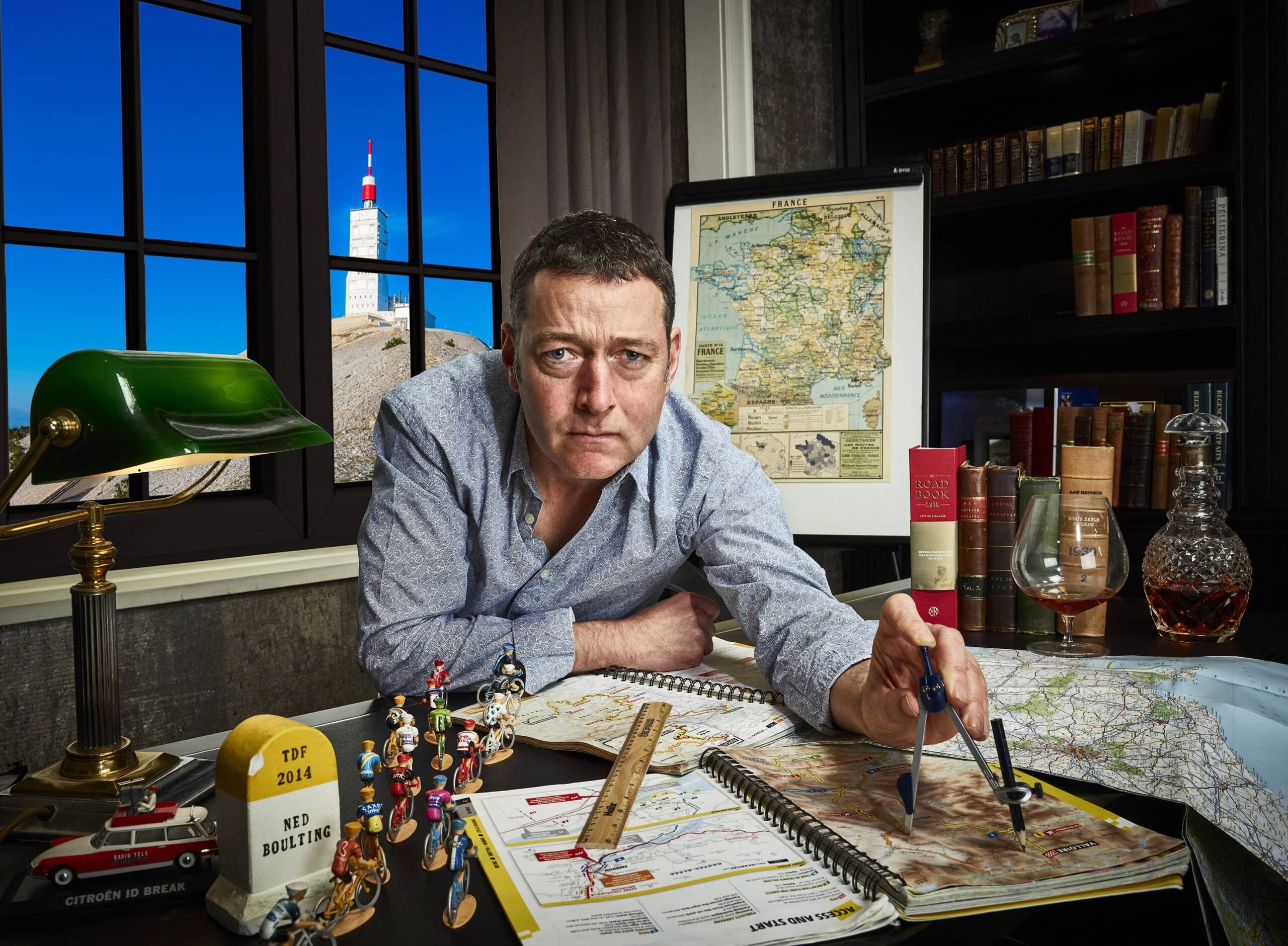 Ned Boulting, ITV’s lead Tour de France commentator, will be returning to Newcastle and the Tyne Theatre on Thursday October 27th with his one-man stage show Retour De Ned to provide a fresh assault on your cycling senses.

The cunningly entitled “Re-Tour de Ned” is an indispensable theatrical road map for anyone aspiring to wear the yellow jersey on the Champs Elysées: a really very rough guide to the tactics (pedal faster) and challenges (not pedalling fast enough) which will need to be deployed to win the biggest bike race in the world.

Ned’s visit to Newcastle is the sixteenth leg of a 29-date tour that will see him travel up and down the country. Ned previously appeared in Newcastle with his one-man stage show, in 2016, six years ago.

Ned’s love affair with the Tour de France began in 2003, and the 2022 edition will be his twentieth working behind the mic at the world’s biggest cycle race.

Ned Boulting comments: “After a good few years of playing the fringes of the city in Whitley Bay, they’ve finally let me into the centre of Newcastle. On October the 27th I’m delighted to say I’ll be at the Tyne Theatre.

My last stage show tour was in 2018 so I’m excited to be getting back out there. Along the way, there will be time to call to mind the greatest racers of the age, and to do hopelessly bad impressions of them. There will be scope to celebrate all that is French about France, and all that is Tourish about the Tour: Stuff like ignoring 12th century cathedrals, peeing at the side of the road, pushing spectators over, punching demonstrators and generally behaving like a shaven-legged hooligan for a month while riding over entire mountain ranges!

Join me for another ride through the peaks and troughs of the silliest and the grandest month of the year. I’ll hand out copious, thoroughly unreliable, advice on How To Win The Tour de France. Or if not that, then at least How To Watch It On The Telly!”

David Millar, former pro cyclist, and Ned’s Tour de France co-commentator for the last 8 years comments: “If it’s anything like the previous editions then you’re guaranteed to leave the theatre with a smile on your face. Ned provides a fantastic look behind the scenes at the Tour and you’ll get small insight into what I must put up with travelling around France with Ned for a month every July!”

The 2022 edition of the Tour de France starts on 1st July with the first of three stages in Denmark before finishing on the Champs-Elysees, 21 stages later, on 24th July. Ned then has just ten weeks to write, develop and perfect the show before the first doors open in October.