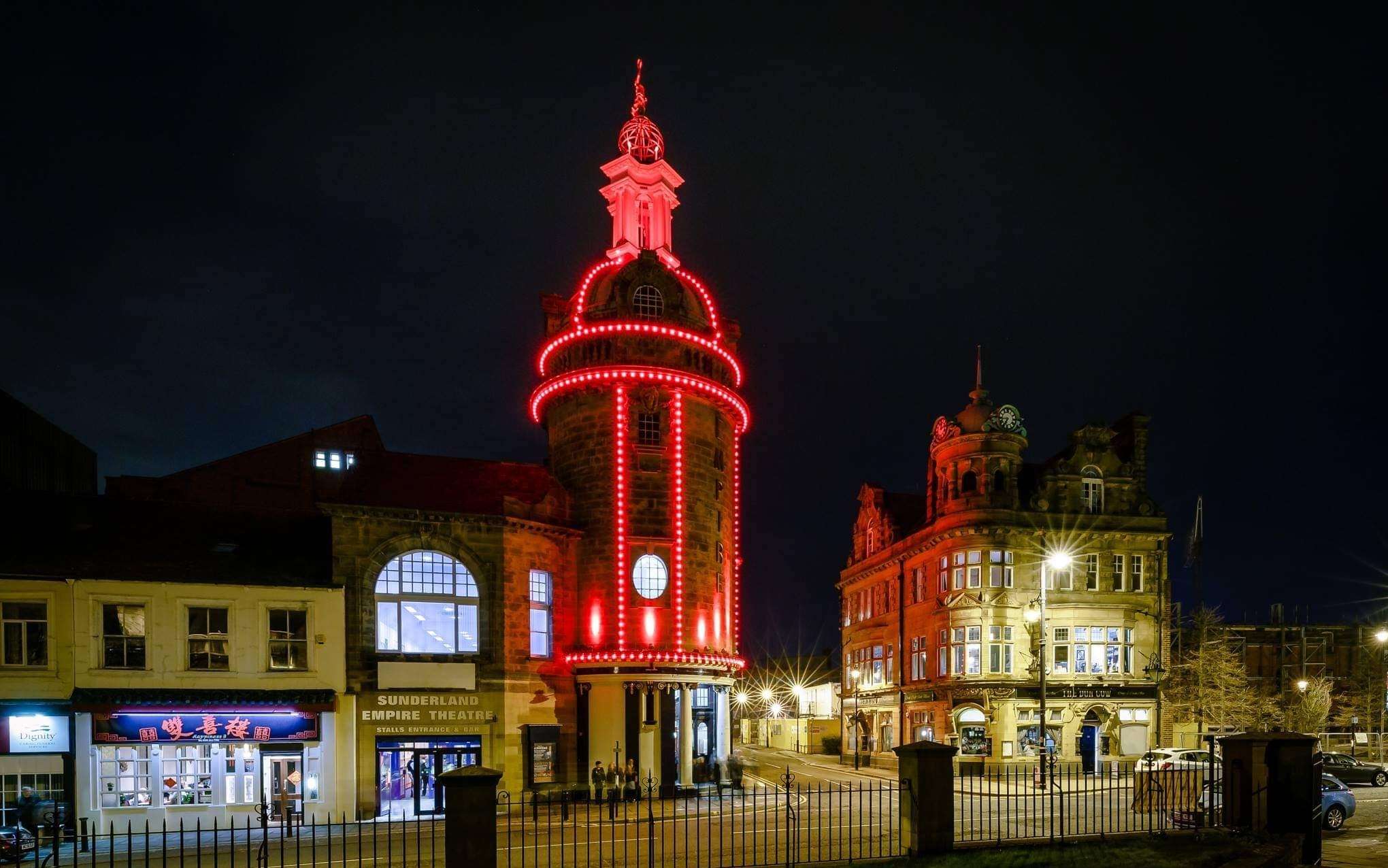 MONUMENTS, public buildings and iconic bridges across the North East will be bathed in red light on February 26 – to pay tribute to the work of a leading heart charity, The Red Sky Foundation.

The Red Sky Foundation – which has raised a huge amount of money to buy equipment for the children’s heart unit at Newcastle’s Freeman Hospital and to install defibrillators in public areas across the region – has set up Wear Red Day.

And it is hoped that the event will help support the Foundation’s campaign to raise awareness of congenital heart disease.

Sunderland’s Beacon of Light, The Empire Theatre and Tyneside’s Millennium Bridge are just some of the landmarks which will be turned red to support the event.

The charity, set up by Sunderland couple Sergio and Emma Petrucci to raise money as a thank you to the Freeman for saving their daughter Luna’s life, has gone from strength to strength.

And it is now working in partnership with hospitals, local authorities, schools and communities across the region to install public access defibrillators along with teaching people how to administer CPR.

“We are keen to raise awareness and provide education and familiarisation sessions which will not only increase awareness in communities but also massively improve the chances of a person’s life being saved should someone suffer a cardiac arrest,” said Sergio

“Every minute is critical and a trained person on the scene can be the difference between life and death.”

The charity also hopes that people will choose to wear something red on 26 February as a way of showing their support and has now organised an online version of its largest fund raising event of the year.

“Usually we would be holding our flagship dinner, The Red Sky Ball, at this time,” said Sergio.

“That was the event that started everything off and we get 1000 people attending every year.

“Unfortunately we have had to postpone it again but this is a way that everyone can show their support and help us celebrate the event virtually.”

The couple have also created their own Red Sky Ball@Home event which will take place at 8pm on February 26, with anyone who has bought a ticket for the actual ball able to attend for free.

Sergio and Emma have also donated a number of free access passes for the event and anyone interested should register at www.redskyfoundation.com.

“We were delighted that the ball was, once again, a complete sell out so it’s been very disappointing to have to postpone it,” said Sergio.

“But this is a way that everyone can get in the party spirit at home and enjoy some live entertainment, DJs and find out more about what the Red Sky Foundation does and how anyone can support us.”