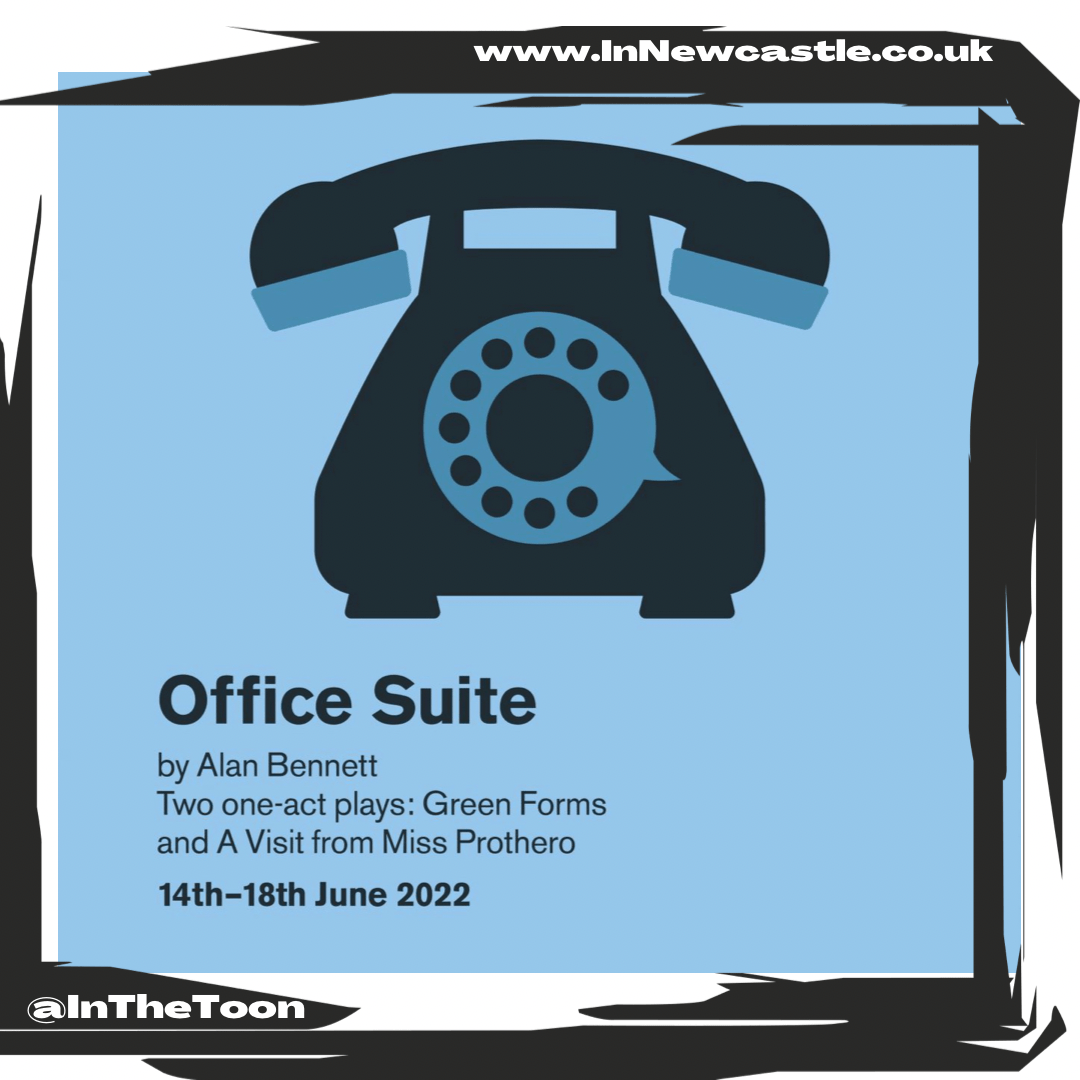 It’s two for the price of one at the People’s Theatre next week as they present OFFICE SUITE, a double bill of comic masterpieces from the pen of national treasure Alan Bennett.

In A Visit from Miss Prothero, the devious Miss P upsets the blissful retirement of her former boss with the latest workplace gossip. In Green Forms, Doris and Doreenare happy doing as little work as possible until they discover that a new force is about to disrupt their cosy unproductive office.

Both plays offer a wry snapshot of office life in 1970s Britain, a time when computers were yet to make an impact but the ambitious were being sent on courses to Newport Pagnell to learn all about them.

And really, has that much changed? We might spend more time on Teams now, but the tedium and pettiness of being a small cog in a corporate machine lives on, asdoes the nonsensical jargon of office life that peppers the script!

First broadcast on BBC TV in 1978 to huge critical acclaim, Bennett adapted his screenplays for the stage.

A multi-award-winning playwright, screenwriter, actor and author, Bennett’s other works for the stage include The History Boys, The Habit of Art, The Lady in the Vanand Talking Heads.

His trademark wit, droll observations and extraordinary talent for conveying complicated emotions through inconsequential conversation shines in this hilarious double-bill.

Director Sean Burnside comments: “We have been amazed in rehearsal at just how relevant so much of these plays remain. Even though they’re snapshots of an era where tape decks and typewriters were still the norm, the relationships between colleagues still rings true. It’s also been fantastic to revisit Bennett’s earlier work, and I feel privileged to have been able to bring these two rarely performed gems to the stage.”

OFFICE SUITE is playing at the People’s Theatre in Heaton from Tuesday 14th to Saturday 18th June. The theatre continues to offer a reduced-capacity performance on Tuesdays, during which mask wearing is required.

And the comedy continues in July with THE VICAR OF DIBLEY 2! Following the huge success of their trip to Dibley in 2019, irrepressibly cheerful Reverend Geraldine Granger and her misfit gang of parishioners are back in more hilarious episodes from the hit comedy!

Find out more and book your tickets at www.peoplestheatre.co.uk ​