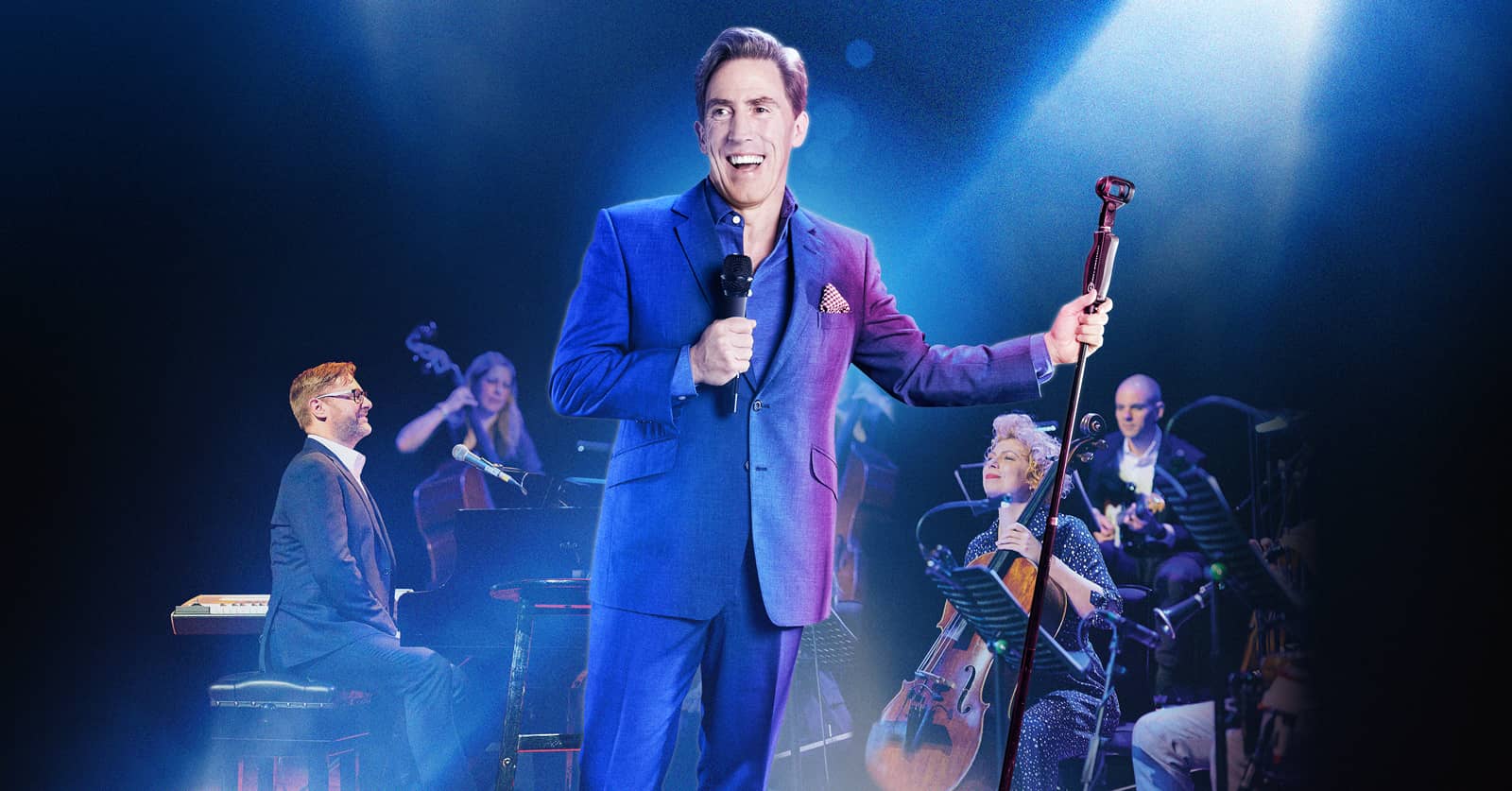 TOURS TO SUNDERLAND EMPIRE FOR ONE NIGHT ONLY THIS JULY!

Award winning comedian Rob Brydon and his eight-piece band take to the road in 2021 with his new show, Rob Brydon – A Night Of Songs & Laughter, marking the first time Brydon has created a show that includes songs and music as well as his acclaimed wit and comedy.

Touring through to Summer 2022, this extensive new tour will travel to over 50 venues across the country, arriving at Sunderland Empire on Sunday 3 July 2022.

With songs from Tom Waits to Tom Jones, and Guys and Dolls to Elvis (and almost everything in between), A Night of Songs & Laughter tells Rob’s personal musical journey from South Wales to the West End and beyond. Audiences can expect Rob’s usual warmth and humour as he regales them with hilarious tales from his distant and recent past.

Rob Brydon’s varied career began with the TV comedy shows Marion and Geoff and Human Remains in 2000, for which he won British Comedy Awards.  Since then his comedy credits have included A Small Summer Party, The Keith Barret Show, Directors Commentary, Supernova, Cruise Of The Gods, Black Books, I’m Alan Partridge, Little Britain, Live At The Apollo, Rob Brydon’s Annually Retentive, QI, The Big Fat Quiz Of The Year, Have I Got News For You, Gavin and Stacey, Rob Brydon’s Identity Crisis, Would I Lie To You and The Trip with Steve Coogan.

He has also appeared in the dramas Oliver Twist, Heroes and Villains: Napoleon, The Way We Live Now, Murder In Mind, Kenneth Tynan: In Praise of Hardcore, Marple and the films 24 Hour Party People, MirrorMask, A Cock and Bull Story and the film Swimming with Men.

In 2009 alongside Ruth Jones, Robin Gibb and Sir Tom Jones, Rob reached number one in the UK charts with the single Islands in The Stream, in aid of Comic Relief. He also embarked on an 87-date tour of the UK with his stand-up show, Rob Brydon Live which included a three week run in London’s West End.  He also recently enjoyed a sold-out tour with Lee Mack and David Mitchell, before his own sell-out tour in 2020.

Rob Brydon – A Night of Songs and Laughter will play at Sunderland Empire for one performance only on Sunday 3 July 2022. Tickets are available from the Ticket Centre on 0844 871 7615* or online at www.ATGtickets.com/sunderland*