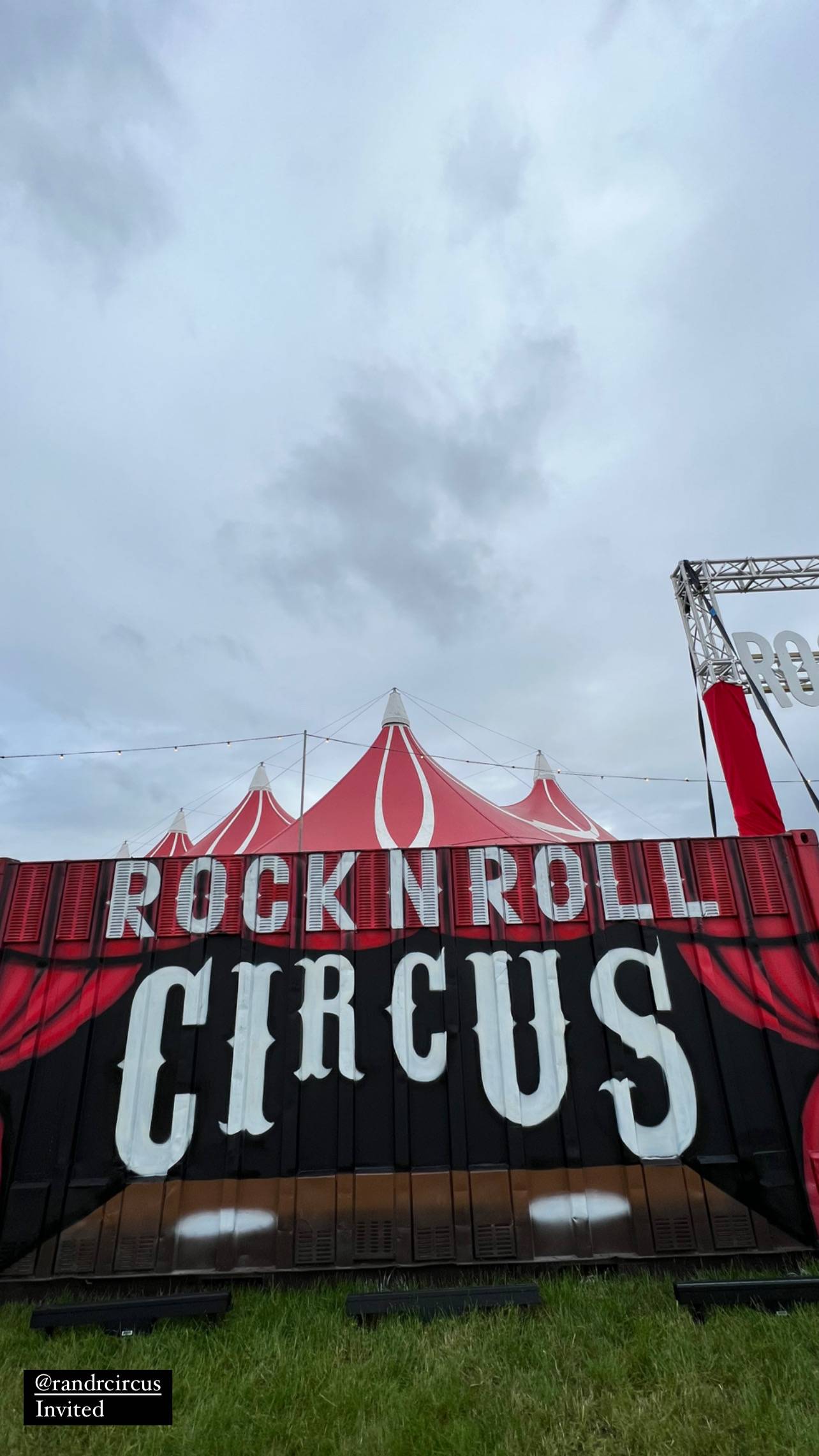 Roll Up, Roll Up – The Circus is in town! (And now departed)The Rock’N’Roll circus came and delivered a fantastic two days of entertainment across 9th and 11th June on Newcastle’s Town Moor.

I think it was quite hard not to notice the big red tent that went up last week on the Town Moor, some mistaking it for The Hoppings preparation that is also due to start shortly, and others that knew would correct those that didn’t.

This festival combined live music and an array of fire performers, jugglers, fortune tellers, aerialists, contortionists, stilt walkers and acrobats which gave it a whole new element. These performers apart from looking good, helped to pass away the time in between acts and provided an alternate source of entertainment.

Last Thursday had the main attraction of the event with Noel Gallagher and his High Flying Birds being joined by The Charlatans, Australian dance-pop duo Confidence Man and Newcastle local star Andrew Cushin. Around 6,000 people came down to see these.

Gallagher squeezing this in whilst on tour and heading off to Dundee for the weekend, Noel done what a headliner does, and had the crowd in the palm of his hands. Singing hits from both the High Flying Birds and of course a bit of Oasis he had us all singing his own words back to him.

The Charlatans like Noel appealed to a slightly older crowd but delivered in abundance. Local lad Andrew Cushin has a growing fan base and is one for the now, let alone future. He kicked the whole festival off with an early start as the crowd grew. Confidence Man were a surprisingly entertaining act that I hadn’t come across before and had the audience lapping them up inclusive of champagne spraying into the crowd and an imaginative set of costumes.

Saturday had headliners The Libertines who came to stage a little later than planned due to a (rumoured) delayed flight but made up for it with ease. Performing a celebration of the 20th Anniversary of the ‘Up The Bracket’ album; yet again in Newcastle it was great to see Pete Doherty and Cara Barat in fine form.

The DMA’s are well known and again have a ever increasing fan base. The North East ‘Brat-Pop’ duo Zela showed us what they are made of and indie rock sensations Doncaster’s The Reytons showing us their attitude and why they are rising up the charts.

Supported by some fantastic food vendors, we were kept fed, watered and most importantly entertained!

The event was well organised, entrance was quick and easy. Plenty of options for segregated toilets which meant I rarely saw a queue. The bar options were for for purpose. Although I did have access to the VIP area of which I found to have enough space for sitting/drinking/eating and toilet access.The festival finished on time both nights.

I really hope this event comes back next year, live music is always welcome here in Newcastle and a great opportunity for some big names to tread the stage for us Geordies! (and those that travelled to be at the event!)