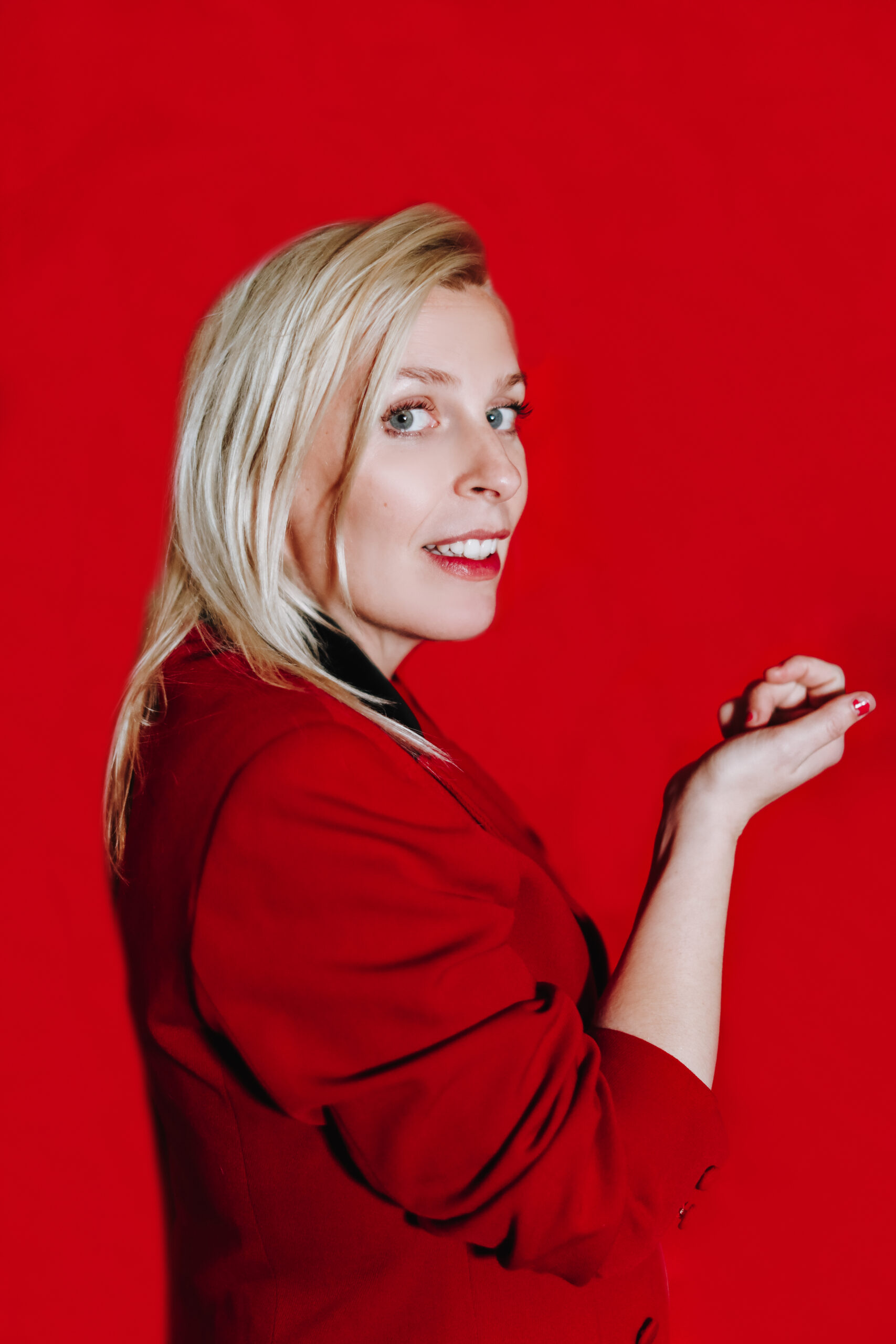 Sara decided she wanted to be famous at 14 years old. Since then, she has auditioned for Barrymore, scared Pete Burns and ruined Hugh Grant’s birthday – but look at her now… (please look, she needs you to look. And clap. And laugh. And then clap again).

Success Story will see Sara embark on the biggest and best tour of her life and she will be playing in parts of the UK and Ireland that she hasn’t performed at before. Sara’s last country wide live tour, LadsLadsLads sold every single Edinburgh Fringe ticket before the festival had started and went on to not only critical acclaim but also culminated in two shows at the London Palladium which was also filmed for the BBC2  stand-up special, Sara Pascoe: LadsLadsLads. Since then things have most certainly changed for Sara -from contemplating the positive aspects of self-imposed celibacy in LadsLadsLads, Success Story finds Sara a few years later happily married with a beautiful baby son. The show will see Sara examine what it is to be successful, how we define it and how it feels when what we want eludes us. Expect jokes about status, celebrities – plus Sara’s new fancy lifestyle versus infertility, her multiple therapists and career failures.

Sara Pascoe is a highly acclaimed comedian, writer, and actor. She wrote and starred in her recent BBC2 sitcom Out Of Her Mind and is the celebrated host of BBC2’s The Great British Sewing Bee, BBC’s Last Woman On Earth, Dave’s Comedians Giving Lectures and Comedy Central’s Guessable. Sara can also be seen in the new Amazon series Katherine Ryan Backstage which is out later this year, she has also hosted the BBC’s Festival of Funny as well Live at The Apollo’s Christmas Special.

Sara also wrote and performed the BBC Radio 4 series Modern Monkey and the BBC2 short Sara Pascoe vs Monogamy, which was inspired by her first book Animal. Her second book, Sex Power Money, was a Sunday Times bestseller, and the accompanying podcast of the same name garnered millions of listens and multiple award nominations during its run. One of the most revered comedians in the UK Sara has also hosted Live at the Apollo, and appeared on a host of other best-loved TV shows including Mock the Week, Have I Got News for You?, QI, Would I Lie to You? and 8 out of 10 Cats.