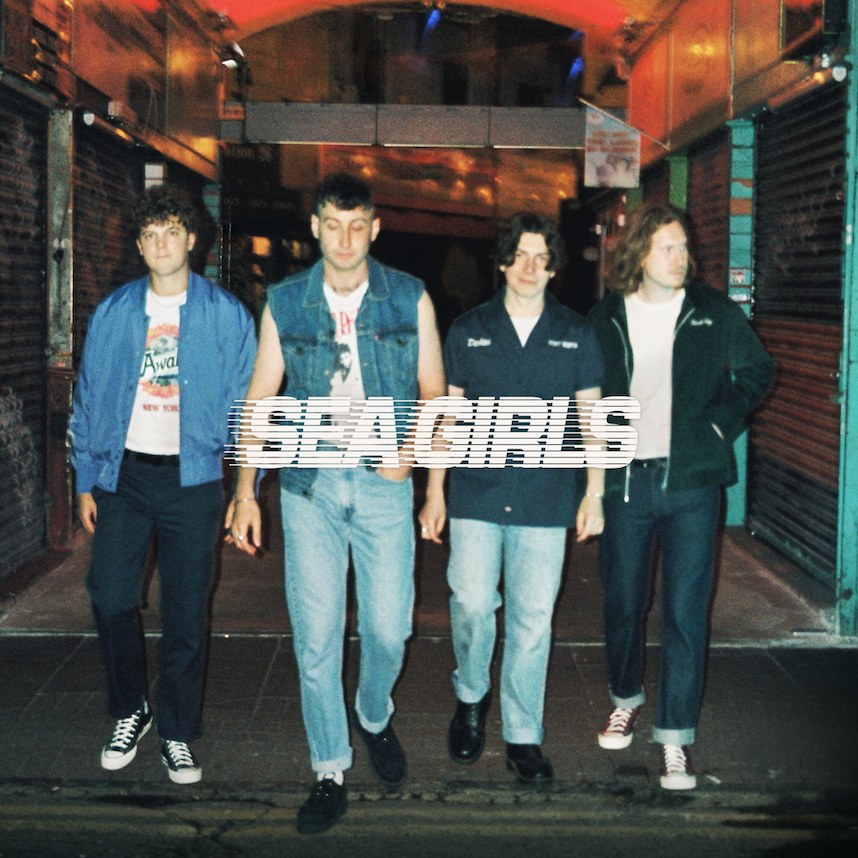 SEA GIRLS have announced details of their new album Homesick, out 14th January 2022 via Polydor Records.

One of the most exciting guitar bands to have emerged in recent times, SEA GIRLS are the torchbearers for the next wave. Delivering sing-along anthems for the masses, the band’s journey is well and truly on its way. Their debut album Open Up Your Head hit the UK charts at number 3 on release in 2020. Listen to new track ‘Sick’ HERE

Following the huge success of their top 3 debut album in 2020, one of the UK’s finest bands, Sea Girls, have announced their enthralling, highly-anticipated new album Homesick – out 14th January 2022 on Polydor.

A band well and truly into their stride, Homesick sees Sea Girls, Henry Camamile, Rory Young, Andrew Dawson and Oli Khan, deliver thirteen measures of guitar driven pop brilliance including 2 bonus Deluxe tracks. A deeply personal record, lead singer Henry Camamile returned to his childhood home in Lincolnshire at the wake of the pandemic, finding himself having to address and reflect on events from his past, both good and bad. A cathartic process, Henry leaves nothing to the imagination with his astute storytelling and candid lyrics. Delving into some of his darkest moments, the uplifting album comes as a sense of relief, a gratefulness for survival. Lyrically raw and packed to the brim with hooks, the band step into new realms with an added sense of maturity and a bigger ambitious  sounding record.

Teaming long-term producer Larry Hibbitt with Grammy Award winning Producers Jacknife Lee, Jonny Coffer and Cass Lowe to co-produce the record, Henry reflects on the process: “Imagine us locked down in the studio in rainy Brixton working with the producers remotely on the album in California’s Topanga Canyon. That clashing of worlds is the sound of this record, the DNA. Making an album this way, remotely and 5000 miles apart, was a crazy idea and shouldn’t have worked, but it did”

Premiered by Arlo Parks as the ‘Hottest Record’ on BBC Radio 1 and debuted live on the band’s frenetic mainstage slot at Latitude Festival, the band drop the album’s first taste with the infectiously honest ‘Sick’.

“Sick is me listing things I’m pissed off with and feeling sorry for myself, it’s a growing up song where I realise I’m no longer a young child. It’s me in my bedroom at home ranting with my thoughts and going down the hole of being pissed” Henry said of the track. “I am sick of everything – from things I used to love through to things that feel vacuous, like consuming and buying. All these emotions are piling up and it’s me just asking for a reset, a childish solution”

“It was a turning point in the writing for this album where the songs became about worrying for other people and how they were feeling. The pivot where I started writing clearly with a bigger perspective. I literally feel myself growing up throughout this song”  Listen to ‘Sick’ HERE

Sea Girls, one of the most exciting guitar bands to have emerged in recent times,are the torchbearers for the next wave. Delivering sing-along anthems for the masses, the band’s journey is well and truly on its way.

Renowned for their raucous, sweat-drenched live shows, the band play 4th from headliners Catfish and The Bottlemen, Sam Fender and Aitch on the main stage of Reading (Friday) & Leeds (Saturday) Festivals later this month and will kick off their sold-out rescheduled UK tour dates in Leicester on October 7th, culminating with their biggest headline show to date at Brixton Academy on October 15th.

Continue Reading
You may also like...
Related Topics:Sea Girls