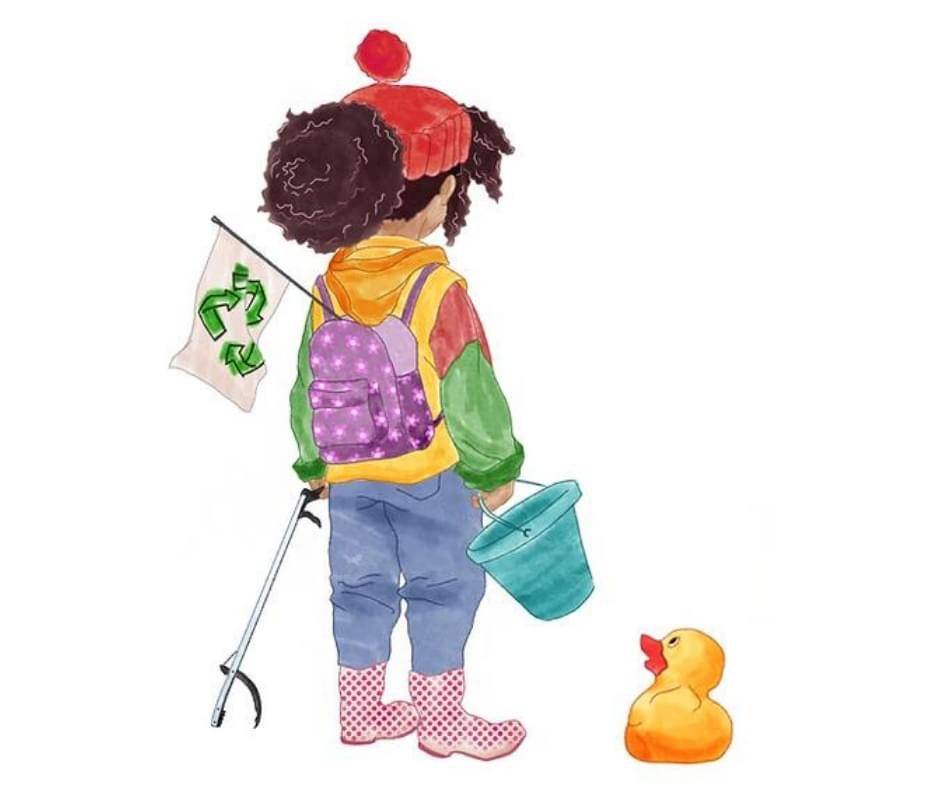 Plastic? Wake me up when it’s all over! Wave (yes, Wave) is only ten years old. The planet only has ten years left.

Not every kid saves up for a litter picker. Or decides to clean every beach in the world. Or talks to ducks. But every kid wants to be a hero, so Wave isn’t that unusual, really. She’s got a bucket, a plan, and a secret. And it’ll take a displaced toy, a delusional community support officer and a beachful of surprises to discover it!

At the core of this musical adventure is the story of a mother and daughter, and how the things dividing them could also be what unites them.
With original music, innovative eco-puppetry and original storytelling, This Show Is Rubbish gives children and their grown- ups a new way of protecting the world around them – not through obligation, but through imagination.

About the team:
Writer Hazel Monaghan, Composer Rob Green and Director Siobhán Cannon-Brownlie are all alumni of Nottingham’s Television Workshop. The team formed a close working relationship whilst creating The Elves and the Shoemaker (2018) at Nottingham Playhouse.

Hazel is an actor, musician and writer. As a playwright, she is a graduate of Oxford University’s Writing Drama course and Nottingham Playhouse Playwrights Playground. She is an alumni of the Writer’s Block Emerging Playwright’s Programme and New Perspectives Theatre Company’s associate artist programme, who in 2019 produced her original play ‘Battered’ as part of a new work festival at Nonsuch Theatre. The play was originally developed at The Freezer Theatre in Iceland.
In 2020 Hazel won a commission to write ‘1000 Years in 1000 Seconds’ for Nottingham Castle, a family puppet show for the Rebellion exhibition.

Siobhán is a prolific Freelance Director with an interest in new work, having directed The Elves and the Shoemaker in-house for Nottingham Playhouse and The Crucible, Into The Woods, and Bollywood Jane at Leicester Curve. Siobhán is the Founder and Artistic Director of all-female comedy collective Major Labia, who are Creative Associates at Nottingham Playhouse. She has worked with theatre companies Fat Rascal and Sheep Soup on the creation of multiple new musicals, and as Nikolai Foster’s Associate Director on number one musicals which have toured internationally and worked in the West End. She is a passionate educational practitioner and youth theatre director.
Rob is a contemporary musical theatre lyricist, composer and musical director from Nottingham. He debuted as a professional composer in 2016 – writing lyrics, musical directing, and eventually composing for musicals as part of Sheep Soup. Rob has composed and musically directed 10 theatre productions, including The Elves and the Shoemaker at Nottingham Playhouse, principally aimed at primary school age young people.
In 2020 he was nominated for the Stiles & Drew Composer Prize with co-writer Nic Harvey for the song ‘You Got A Problem’ from the upcoming Sheep Soup Musical about hoarding.

Booking Essential. Tickets are Pay What You Feel and are available from www.alphabettitheatre.co.uk/this-show-is-rubbish