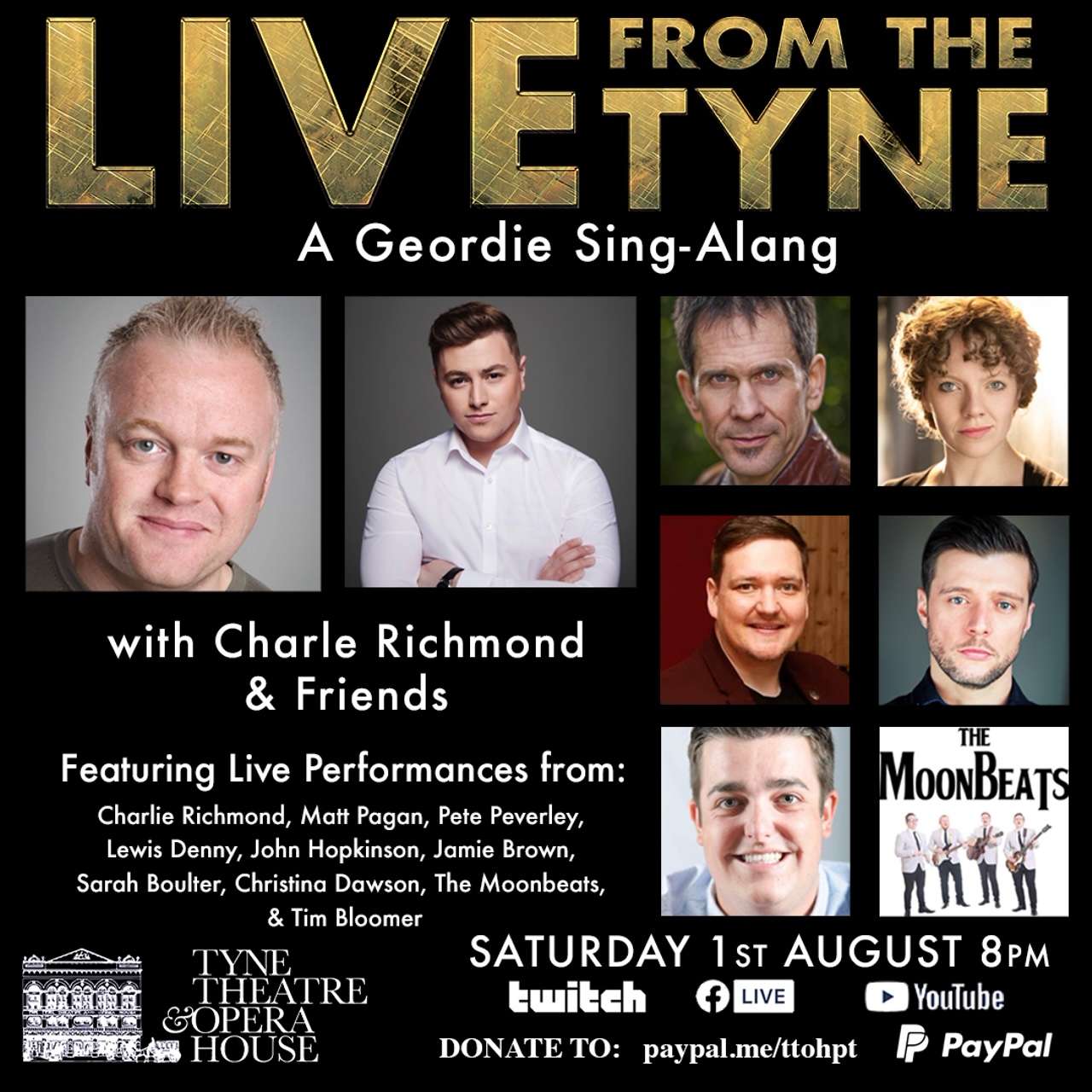 The Tyne Theatre and Opera House have announced their next LIVE from the Tyne event – the fourth in a series of free comedy and music events streamed live from the theatre’s auditorium.

The recently announced show, A Geordie Sing-Alang, promises to be a fun night of Geordie nostalgia including; songs, sketches and jokes from the region. The show will be streamed on Saturday 1st August from 7:30pm, with viewers being able to tune in and join the live chat via YouTube, Twitch or Facebook Live. Although encouraged to watch live, the event will remain online until the evening of Thursday 6thAugust, for those that missed out.

The event is free to stream but the theatre will be asking for donations on the night to support them during this difficult time.

Theatre Director Jo Johnson said; “This has been an incredibly difficult time for venues who are desperate to be able to welcome back audiences, but only when it is completely safe to do so. It has been great to be able to provide entertainment for audiences again, even though our auditorium has remained empty. We’ve had such positive feedback from our ‘LIVE from the Tyne’ events – the support from the local and wider community has been amazing. We can’t wait to deliver an evening of classic Geordie entertainment, streamed straight to your living rooms.”

As an independent venue, the Tyne Theatre and Opera House relies entirely on ticket sales and donations to survive and keep the theatre’s 150+ year heritage alive. Having seen a dramatic loss of income, in addition to streaming their LIVE from the Tyne events, you can also support the theatre directly by donating, joining their Friends’ Club or naming a seat.

More information on LIVE from the Tyne – A Geordie Sing-Alang: https://bit.ly/GeordieSingAlang

You can also buy our unique Tyne Theatre & Opera House prints on our Etsy store to help our local theatres during these trying times. All profits go to the theatres…

Widget not in any sidebars