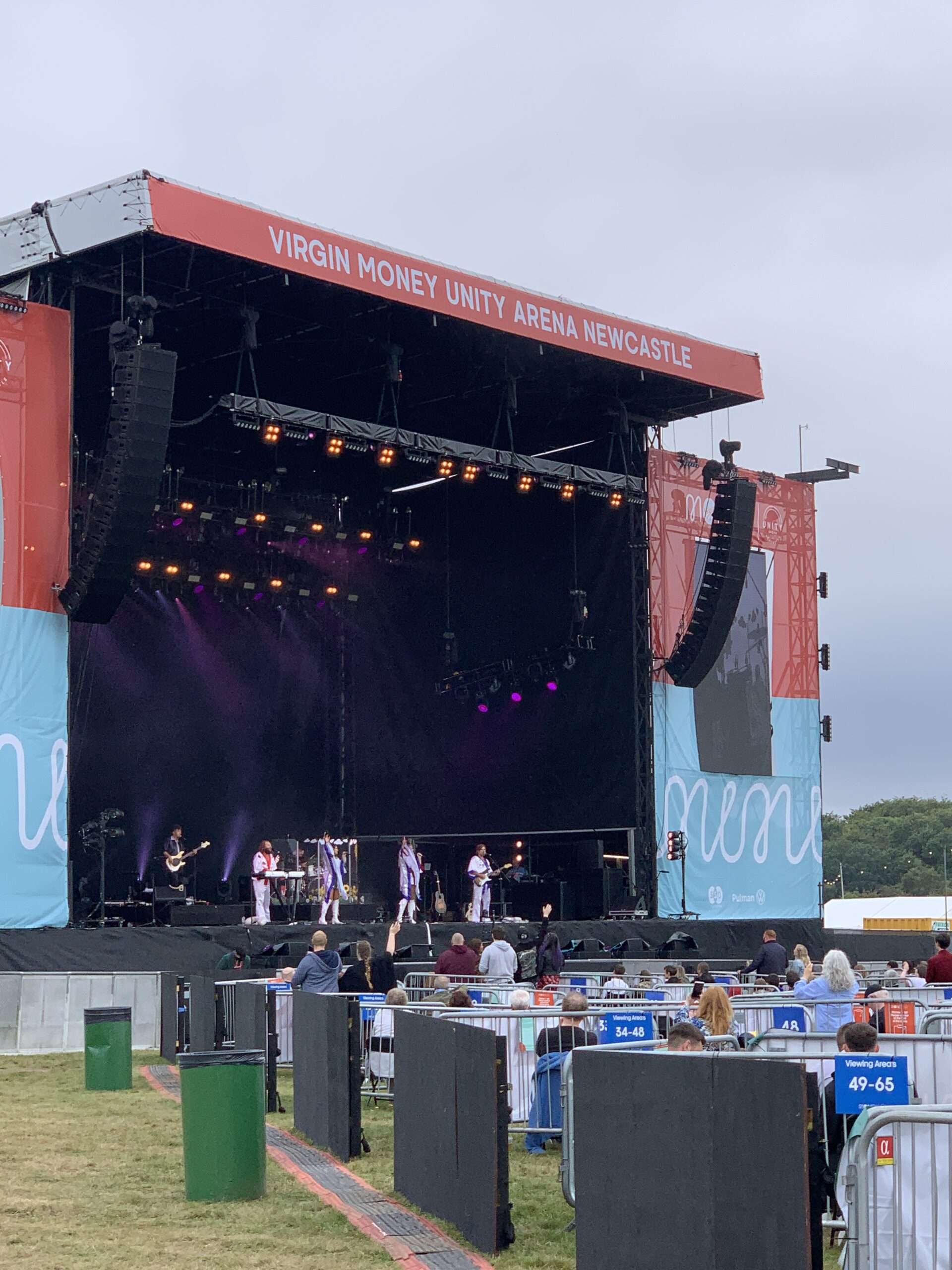 Live Music events Tyne and Wear 2021 – What can we look forward to after lockdown.

On February 22nd Boris Johnson announced the road map out of lockdown which gave hope to many events and businesses reopening. As we know the events industry has been hit one of the hardest throughout this whole pandemic, and to finally have  light at the end of the tunnel was fantastic.

As long as everything goes to plan come June 21st we should start to be living a more normal life and because of this many live music events have been able to start announcing their plans to once again bring live music to the population of Tyne and Wear.

So it’s with great pleasure that I can put together this list of music events that have announced tickets for the upcoming year that features heavily on retro and tributes!

Rocking in the free world

This event originally scheduled to be on the 22nd of May was to feature Emily Sande, Karen Harding, Sounds of Eden, Christian Yu, James Haskell, Carly wilford and Charlie Davies, among more is a free music festival to say thank you to our NHS and key workers. Now taking place on 18th of September 2021. With acts to be announced shortly, to get us in the mood they also have some warm up events for the 11th June and potentially the 26th of June. The first taking place at The Point  in Sunderland with the fabulous smooth and Tyrrell and Vanderbilt.

With a fabulous line-up of artists to bring you the very best of the 80s, there is plenty to do for everyone at this Family Friendly Festival! This event the game at herrington Country Park takes place on the 21st of August one as of 13 locations this tour is taking in. It’s promising to be great one, with the likes of The Human League,OMD, ABC, how Jones, Sister Sledge, Go West,  Mitchell Heaven 17, Toya, The Block Heads and more ! This retro festival is definitely one to grab tickets for.

Coming back to Herrington Country Park for a third year in a row on the 2nd and 3rd of July they bring in major artists spanning four decades to your doorstep with a legendary lineup across two stages of some of the finest live music there is with acts including vengaboys two unlimited entrance ultra nort E17  the Levellers Stiff Little Fingers the futureheads new model army cast. An incredible lineup not to be missed.

Mouth Of the Tyne Festival

Sadly the whole festival had been postponed from 2020, and last we had heard Keane and the Lighthouse Family were going ahead on 8th and 10th July respectively this year. You’ll have to keep an eye on their website and socials for any further updates as i think this is a tbc

One i’m looking forward to is Live Like ’85. Taking place in Saltwell park on the 21st of August. This ultimate 80s tribute event will take you back to some of the greatest music of all time. Showcasing the best tribute acts,  such as Queen U2 David Bowie Elton John Phil Collins the police and status quo. They also have the amazing Kroud Karaoke for you with sing-a- along classics from the 80s and more.

Taking place on 21st and 22nd of August this year this has been Two years in the making this and  was finally been confirmed for this year however acts are yet to be announced all tickets from 2020 will be rolled over so there’s no need to get in touch if you did have tickets for last year keep an eye on their website on Facebook pages for more info .

Possibly the most exciting event to be announced this year for me personally, is this throwback to the best acts of the 90’s and 00’s . Taking place bank holiday weekend 27th and 28th of August. This is already selling out fast with tickets down to their third phase already. With an amazing variety of music styles, everything has been covered to get you in the party mood. We have stages hosted by Awol-A  way of life, Ministry of sound and Garage Nation.  Acts such as Peter Andre, 5ive,  Atomic Kitten, S Club,  Night Crawlers, Phats and Small,, Urban Cookie Collective,  DJ Sammy,  Dan Harding,  DJ luck and MC Neat,  Artful Dodger, Oxide and Neutrino,  Romeo, Pied Pipe, Sweet Female Attitude,  Danny Rampling, Tall Paul,and so many more !!!

Taking place between the 2nd and 5th of September,  the fabulous Lindisfarne festival is back for yet another year. So pilgrims make sure you’ve got your ticket for this 3 day weekend of music. If you want to see the likes of Groove Armada, From the Jam, Alabama 3,  Craig Charles funk and soul club, as well as Doctor Trippy  and Northern Sports Club to name but a few, entertaining  you all.

The North East NHS and Frontline Thank You Fest

Taking place at saltwell park on the 22nd of August,  this retro festival in honour of NHS and Frontline workers with announcements to be made imminently. As a long overdue thank you to all then NHS and Frontline workers,  a festival for you, your friends and your families to recognise how you’ve become and always worth the nation’s heroes! carefully chosen family tribute acts to see through the day, covering Little Mix, Ariana Grande, Dua Lipa,  Spice Girls and Take That. There is also an added 90s classics party to end the day with legends Baby Dee,Sonique. Rosella will be performing the aptly named Everybody is free,  The wonderful Kroud karaoke  are here too, alongside party DJs, to bring you a perfect experience and day out to say thank you.

Rezerection returns to its true birth place and lands in an awe-inspiring location in the centre of Newcastle. The idyllic setting of Leazes Park will play host to the most colossal outdoor music shows of its kind. Self proclaimed, original and best music festival.  60 acts, 4 stages,  a festival village and after party, with all music arenas  undercover so you can see the likes of 1 Wanda Dee, Dream Frequency,  JX, Utrasonic, Lenny Dee, GrooveRider, Graham park,  Utah Saints, Jeff Scott, Tony Hutchinson, and a whole host of other names this festival is for the hard core dance music fan.

Summertime Live bring their sell out show to Newcastle for a special non-raceday event headlined by  CLASSIC IBIZA. The Urban Soul Orchestra take to the stage to bring iconic dance anthems to life under the stars. Plus DJ’s, Live Entertainers, Street Vendors, ‘ ’The Box That Rocks’ Karaoke & Bars!

I havent been able to get any recent updates either way for this festival since Boris’ announcement, but tickets are still for sale still via tickeline, so i can only assume its going ahead! This events comes back after a break of  few years. Showcasing the hottest acts that are  Becky Hill, The DMA’s and The Pixies.