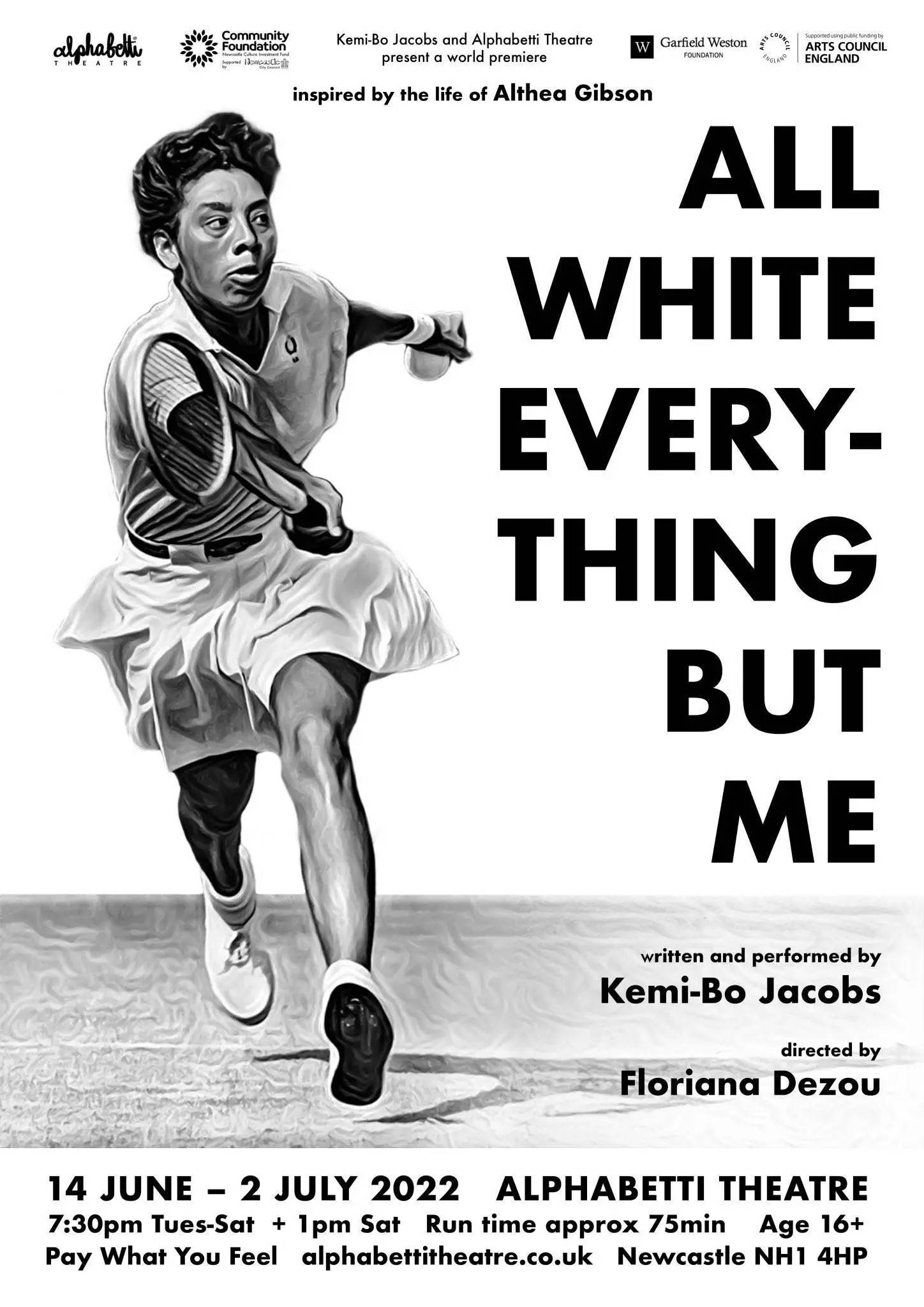 Game, Set & Match. This show serves up a fabulous performance from Kemi-Bo Jacobs and a story that we should all know more about.

Who is Althea Gibson? I’m guessing you honestly don’t know. Well as Wimbledon starts for another year Althea was a historic figure in the tennis world. Yet we probably won’t even hear about her while this tournament is on.

Althea Gibson was an American tennis player who, in 1950, became the first African American to be a member of the U.S. National tennis team. In 1957, she became the first African American to win a Grand Slam singles championship, when she won the Wimbledon ladies’ singles title. She went on to win the U.S. Open ladies’ singles title and the Wimbledon ladies single title in both 1957 and 1958 and 11 grand slams in total. Although not focused on in this show, Gibson was also a successful professional golfer, winning 10 tournaments on the LPGA Tour between 1964 and 1977.

She is considered one of the pioneers of women’s tennis and golf, and her achievements helped to break down the color barrier in both sports.

Enter Kemi-Bo Jacobs. Writer and performer of this play. Jacobs brings this figure back onto the centre court for this forgotten star and pioneer.

We follow Gibson growing up in South Carolina, born into a life of poverty, living in Harlem and later a scholarship to college in Florida and an eventual successful tennis career.

Gibson initially wasn’t one for education and found a love for paddle tennis. She was later spotted by Buddy Walker who announced ‘You can be a star’ for whom he later became tennis coach.

We learn of the hard times at home and a father that showed her how to be tough, to her progression in tennis inclusive of the multiple rejections received, racial barriers put in front of her and compromises made to appear at tournaments.

Setting precedents to be the first ‘black’ player and crossing into the world once reserved for white only players in a world where segregation was the norm. Gibsons story is one of racial discrimination and breaking barriers through talent.

With a personal belief of ‘I’m gonna be somebody you’ll see’ she was set on making something of herself. Yet we also see that even from her own community it was questioned if she had done enough to push forward the politics of it all.

Jacobs performance is enthralling. Her energy is just non stop from start to finish. To be able to hold this level of performance and dialogue for 75 minutes is brilliance. Her switching of characters is quick and she accompanies her character with those major influences in her life and career.

By reviving this story, Jacobs raises the question of how we have let a story like this fade into history. Althea Gibson is the subject of this particular story but how many other times have we done this elsewhere too, and how do we let it happen? By bringing this back to the stage it reminds us, or for some makes us aware for the first time of the achievements of a true pioneer.

If you do something in its last remaining week you have to get down to the Alphabetti Theatre to see this.

Booking Essential. Tickets are Pay What You Feel and are available from www.alphabettitheatre.co.uk