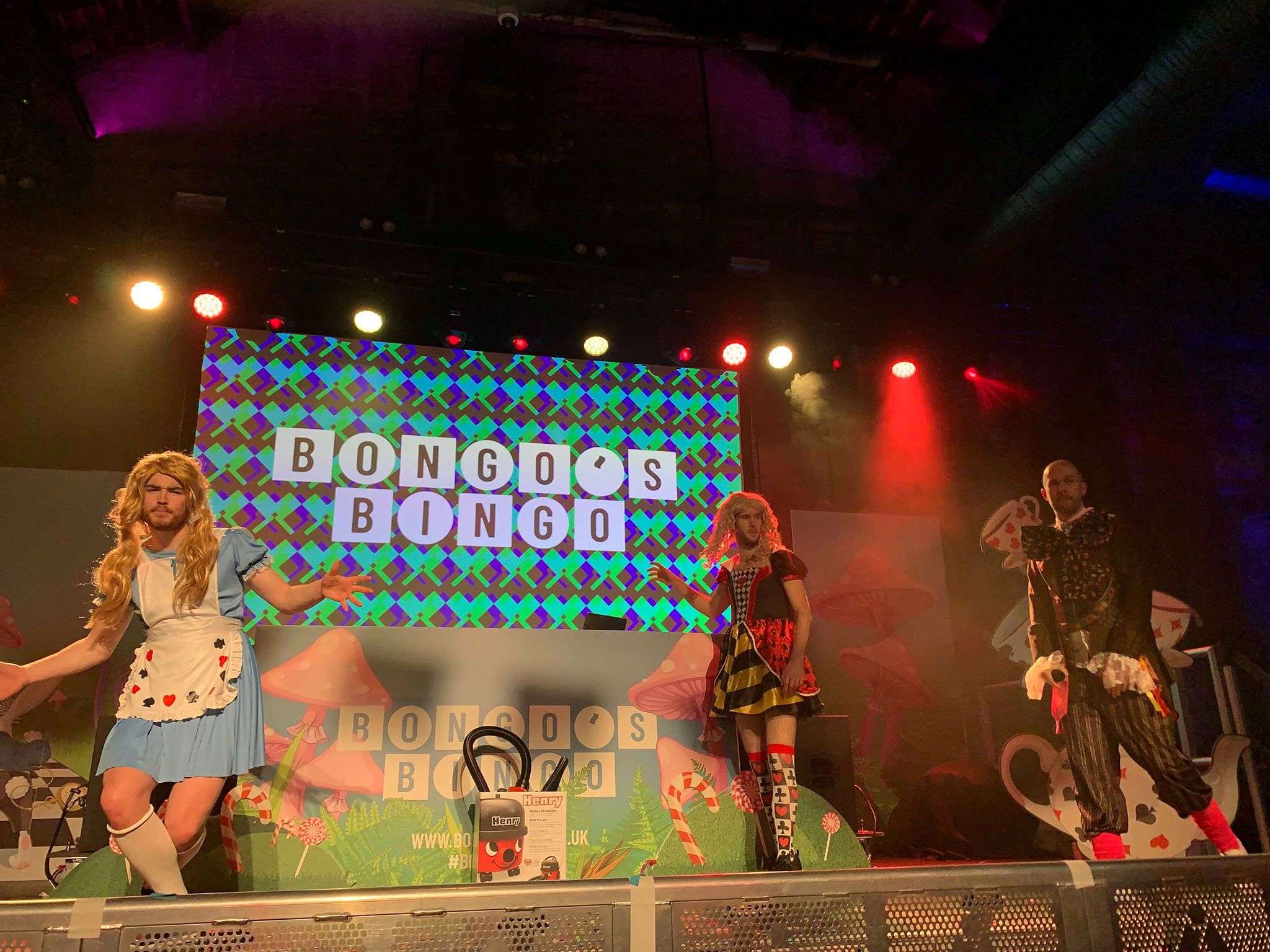 A cold quiet night at the end of December, you’ve just finished a long day at your crappy 9-5 job, Christmas is over, and the mood is low. What is definitely going to bring you back up again? A night at Bongos Bingo in Newcastle.

Bingo may sound like something your Nana will be getting up to on a Friday night at the local social club, but unless your local has smoke machines, guys in drag and confetti cannons this is a completely different game you’re going to be playing.

As a fellow bingo goer most Friday nights (at the old age of 23), I knew the game and felt ready to be going to this event for the very first time. How wrong I was. Upon arrival I was patted down and bag searched, I had thought I was going to play bingo at Boiler Shop not off to Ibiza with the lads? I do understand why the staff felt the need to search the people attending, this was in Newcastle after all, us Geordies are never to be trusted, especially when one event includes a ton of alcohol and a game with cash prizes. My favourite thing was to find out exactly where this event was going to be held, as it was one of Newcastle’s most charming buildings, that is described on its own website as: ‘a unique, independent venue of great character and rugged charm’… and then Bongos Bingos arrives.

As one of the last people to arrive what a sight I was welcomed to – a room full of Geordies drinking and singing away all very ready for the night ahead. I had come to this very prepared with my own sparkly bingo dabber, a dabber I will never use again as after the many cans of Red Stripe I consumed I lost my poor dabber amongst all of the confetti that fell from the ceiling that night. But it was totally worth it. I’m used to playing Bingo in silence with the grannies, no music playing and a monotone voicing reading the numbers, but this event has totally changed the game. After every three to four numbers called, an absolute classic song (imagine Mambo No. 5) was blasted out and every single person was up on the tables dancing away. I may have regretted the heels I wore that night and definitely pulled something (I am no gym-goer) but wow what an atmosphere all night long, not a single person in the hall didn’t have a smile on their face. This may have been due to some of the amazing prizes up for offer, I mean who doesn’t want to take a Henry Hoover home at midnight? One point I must make, as a massive Toon Army fan, I loved the many nods from the host towards Newcastle throughout the night, my favourite being every time number 9 being called and the crowd screaming, of course; “SHEARER”.

I may have not won a single line or house (bingo lingo) however that did not stop me having one of the best nights I’ve had in my fabulous city. And oh, have I had a few.

Continue Reading
You may also like...
Related Topics:Bongo’s Bingo