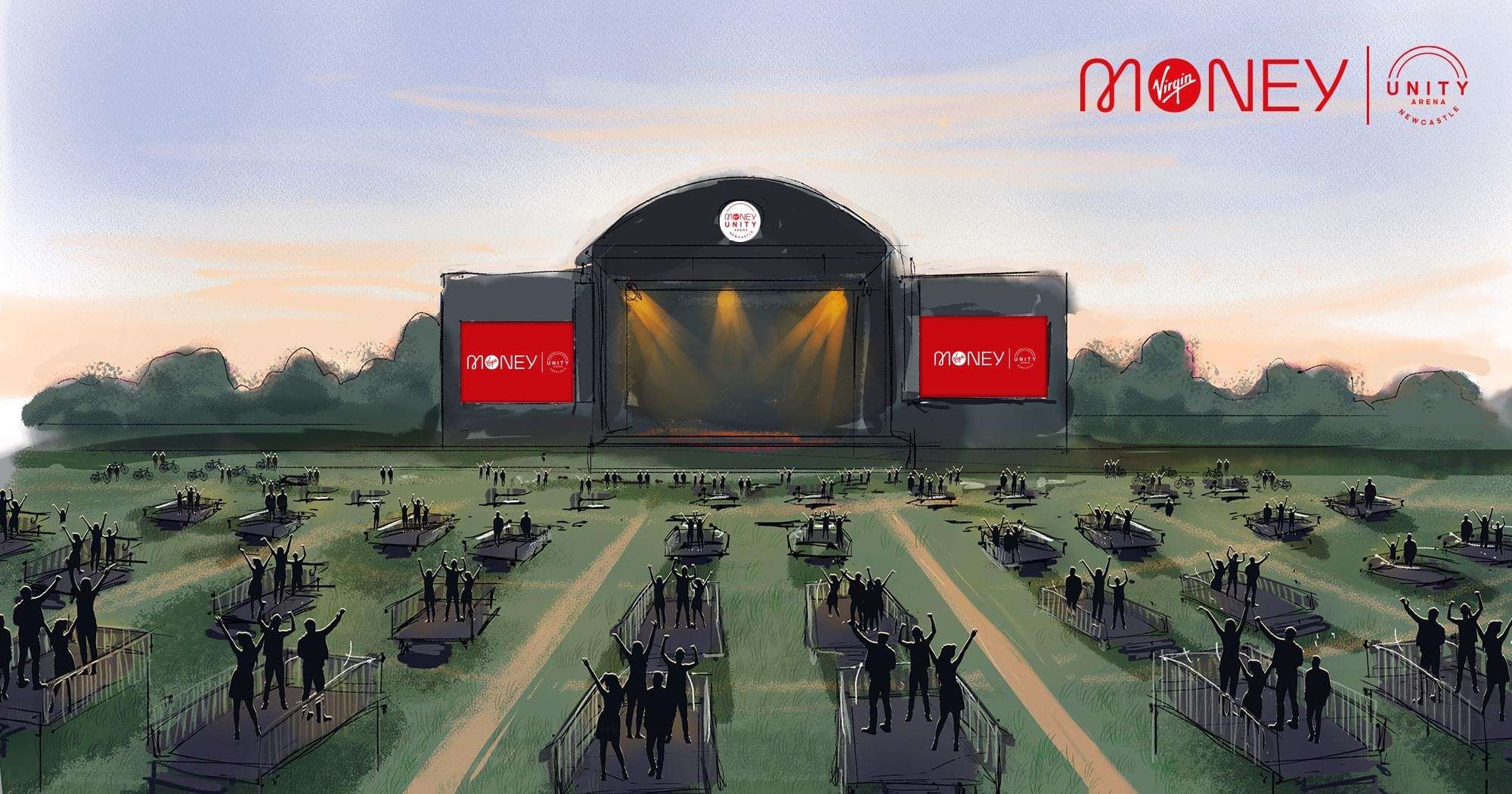 Following the announcement last week that the UK’s first socially distanced live music arena would be launching on Tyneside, its organisers have today confirmed a barnstorming opening line-up.

Two Door Cinema Club will be the first heavweight headliner to perform at the new arena onSaturday 15th August, with funk and soul DJ maestro Craig Charles kickstarting the party on Friday 14th August.
With all eyes on the North East this summer, Two Door Cinema Club will unleash a full live set on the first Saturday unveiled as part of the initial line-up. The much-loved indie pop band from Bangor, County Down are renowned for fist punching festival-friendly live performances and singalong anthems. They will head to Newcastle after releasing their critically acclaimed fourth studio album ‘False Alarm’. Before that, the legendary actor, host and broadcaster Craig Charles, one of the UK’s most beloved Funk and Soul DJs will get things underway on the Friday.

From Robot Wars to Red Dwarf, Craig has now grounded himself as a Funk and Soul icon after 10 years of broadcasting on BBC 6 Music with their primetime Saturday night show.

Speaking about today’s announcement, Helen Page, Group Brand and Marketing Director at Virgin Money, said: “We are thrilled to announce such a strong line-up of both musicians and comedians performing at the Virgin Money Unity Arena. We are excited to bring this innovative music event to the public for what we believe will be the best live experience this summer.”Hot on the heels of the Virgin Money Unity Arena opening weekend, a further six dates have also been released today by festival organisers SSD Concerts, with a strong emphasis on providing entertainment that has a breadth of variety.

This includes a performance from indie icons Supergrass (Saturday 22nd August) and, looking ahead towards the end of August 2020 and the beginning of September, solo vocal star Tom Grennan will roll into Tyneside onThursday 27th August.Tom’s first album Lighting Matches was one of the 10 best-selling debuts of 2018 and his new single “This is the Place” is currently taking the charts by storm. In a major coup for Virgin Money Unity Arena, London rockers The Libertines, led by Pete Doherty and his sidekick Carl Barât will take centre stage on Saturday 29th August followed by a timely blast of award-winning comedy from Jason Manford (Sunday 30thAugust) and the household name that is Bill Bailey on Tuesday 1st September and Wednesday 2nd September. Meanwhile, North East indie heroes Maxïmo Park, renowned for blistering festival performances by frontman Paul Smith, will make a welcome return home on Saturday 5th September.

Festival Organiser Steve Davis, added:“We’re excited to be working with artists who have the same desire to make something happen during difficult times for the industry and the general public.“The rock ‘n’ roll can-do attitude of the artists performing and the team behind Virgin Money Unity Arena will make these shows ones to remember for the rest of our lives.“We were determined to make this special and hopefully today’s line-up is a strong statement of intent. We’re not finished yet and we’ll be announcing yet more acts soon.”

Tickets for Virgin Money Unity Arena are available via this link from 10 am on Friday 10th July: https://virginmoneyunityarena.ticketline.co.uk/virgin-money-unity-arena

For more information about Virgin Money Unity Arena, and to learn more about how it all works, visit: http://virginmoneyunityarena.com