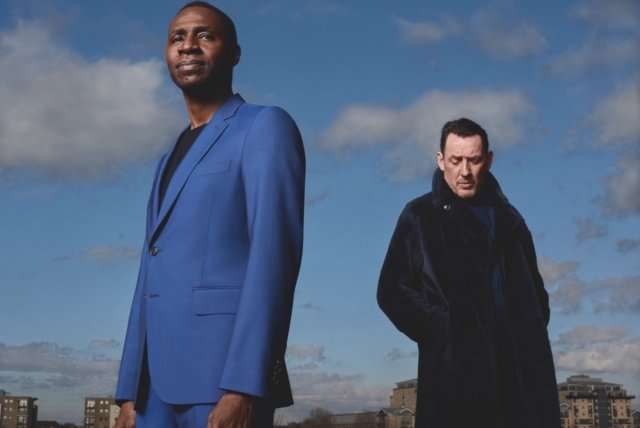 The Newcastle based outdoor venue, which has made global headlines by bringing world-class socially distanced live entertainment to the North East this summer, is delighted to confirm three new stellar names to its programme.

Hot on the heels of a string of sell-out shows – which has included two epic performances by local hero Sam Fender – folk-punk hero Frank Turner will return to Tyneside on Monday 7th September.

On Friday 18th September, the British-Italian artist Jack Savoretti will head to Virgin Money Unity Arena followed by the much-loved musical duo that is Lighthouse Family on Saturday 19th September.

Speaking ahead of today’s announcement, festival organiser Steve Davis, said: “We are delighted to add further shows to what has been an amazing and uplifting project for the North East’s Music Industry. The new additions add further quality to what is already an amazing line-up of talent.

“It’s amazing to see show after show customers are complying with the guidelines and enjoying this safe outdoor arena. We hope to return to normal as soon as possible but for now, we offer the best alternative in the world to a live gig experience.”

A former member of punk rock band Million Dead, Frank Turner turned his attention to folkier, acoustic music after the demise of his hardcore outfit.

Since then, he has transformed himself into a successful, internationally charting, award-winning singer and songwriter of consequential folk-punk-pop rebel songs, that covers topics such as atheism, sexism, excessive drinking, and the power of rock & roll.

With his trademark husky voice, a head full of catchy tunes and a story to tell, Jack Savoretti has everything you need to be a successful and engaging singer-songwriter.

With three gold-selling albums to his name and recent collaborations with Kylie, Mika and Sigma dominating the Radio 2 playlist, Jack Savoretti will bring an elegant and enchanting back catalogue to Virgin Money Unity Arena.

Lighthouse Family are a British duo that needs little introduction. Their 1995 debut album Ocean Drive – that spawned hits such as ‘Lifted’ and ‘Ocean Drive’ – sold more than 1.6 million copies in the UK alone and established them as a popular easy listening duo throughout Europe.

The duo have strong roots here in the North East of England – having been managed by Keith Armstrong and Phil Mitchell, founders of the Tyneside record label Kitchenware Records – and their legion of fans will be delighted to see them make a welcome return.

It is seeking to help the next generation of UK music talent pursue their passions and reach the next stage of their careers.

Indie-rock band, Mosa Wild, one of the first emerging artists inducted into the programme, will now be the support act for London-based singer/songwriter Tom Grennan at the Virgin Money Unity Arena this week. R&B and soul singer-songwriter, Aaron Taylor also joins the line-up to support Jack Savoretti in September.

This gives the Virgin Money Emerging Stars a platform to perform, grow their fanbase and provides an opportunity to help them connect to new and existing fans across the country.

Louise Hodges, Head of Consumer Communications at Virgin Money, added: “We are thrilled to be providing a platform for our Emerging Stars Mosa Wild and Aaron Taylor to get back on stage and support some of the country’s biggest acts at the Virgin Money Unity Arena.

“It has been a trying year, rife with festival cancellations and music venue closures, but we remain fully committed to supporting the British music industry and emerging artists through this difficult period. We have successfully brought live music back to the UK through the Virgin Money Unity Arena and we are delighted to be adding more shows to the already standout line-up.”

Tickets for Frank Turner, Jack Savoretti and Lighthouse Family will be on sale Wednesday 26th August at 10 am.

For more information about the Virgin Money Unity Arena and to buy tickets visit: virginmoneyunityarena.com.