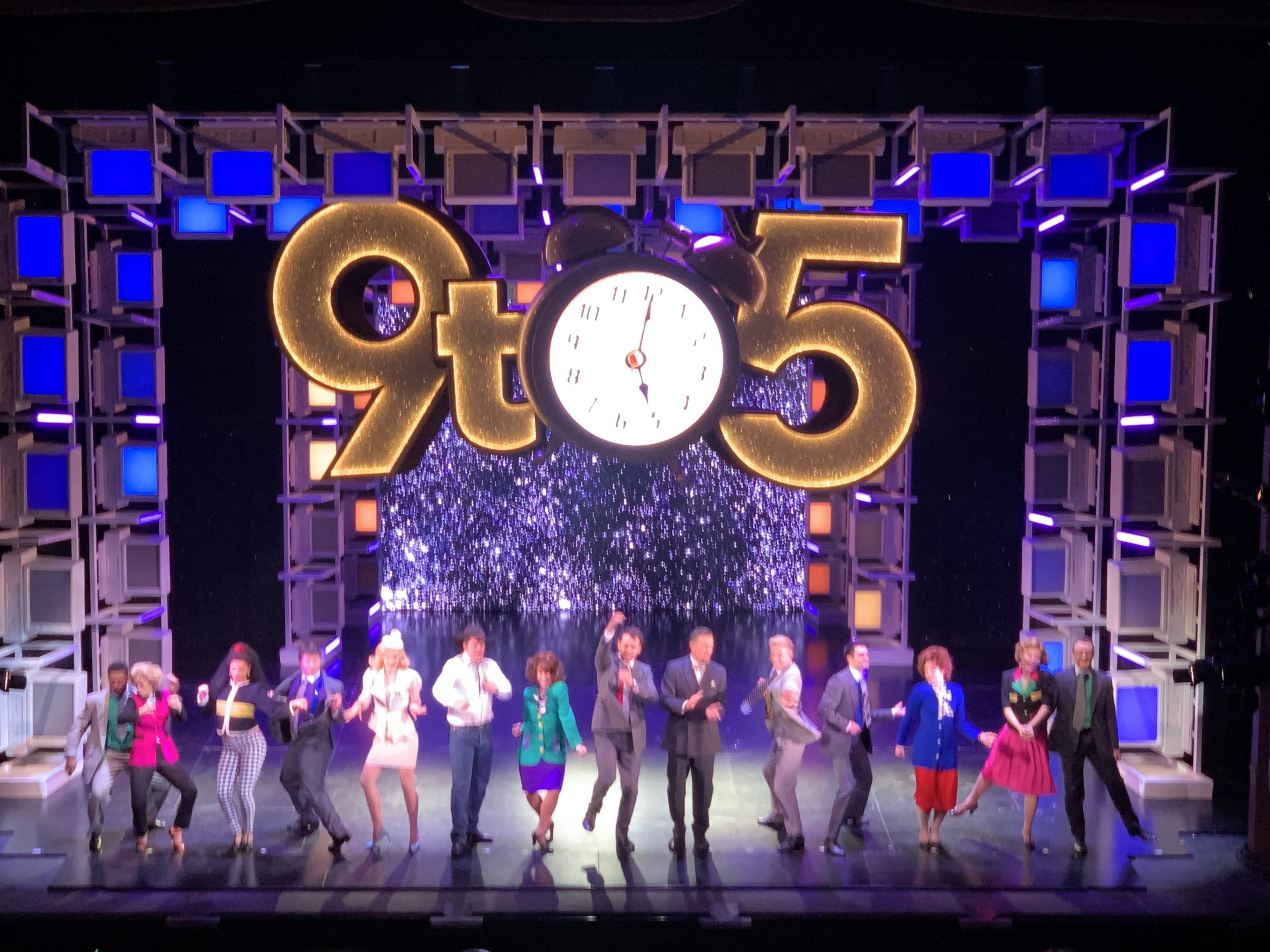 Dolly Partons music hit the stage of the Sunderland Empire yesterday as 9 to 5 the musical came to town, and it’s hard not to love the energy and performances of the cast. We thoroughly enjoyed this show and definitely think it’s worth a (9 to) 5 stars!

9 TO 5 THE MUSICAL features a book by Patricia Resnick, the legendary film’s original screenwriter, and an original Oscar, Grammy and Tony award-nominated score by country legend and pop icon Dolly Parton. It tells the story of Doralee, Violet and Judy – three workmates pushed to boiling point by their sexist and egotistical boss. Concocting a plan to kidnap and turn the tables on their despicable supervisor, will the girls manage to reform their office – or will events unravel when the CEO pays an unexpected visit?

Tonight the lead role of Violet Newstead was played by Sarah-Marie Maxwell, who was standing in for the absent Louise Redknapp (due to a non covid related illness) and smashed it in this lead role. Understudy or not, Sarah-Marie is a bright star of the stage and her performance was one to be proud of, on what was both opening and press night of this run.

Completing this trio of empowered women also were, Vivian Panka as new starter Judy Bernly. Seeing her character develop from shy young girl, new to the working world to a gun toting and confident woman was beautiful. Stephanie Chandos playing the role made famous by Dolly Parton, sourthern lass Doralee Rhodes. Stephanie projected her southern accent and bleach blonde hair to maximum effect in this role of a woman misunderstood,. All three having their individual standout moments throughout the show.

Another great performance was from Sean Needham who played the sexist boss Franklin Hart jnr. I previously saw this musical in London when this role was playted by Brian Conley, and I have to say Sean was superb. His comedy timing and delivery was brilliant, mixed with an arrogant and macho side he was a memorable, anf not only for him being left hanging in the show..literally. Julia Nagle gives us entertainment also as Roz Keith, who for some apparent reason is secretly in love with her sexist boss. She has one of the most memorable scenes for me as she sings Heart to Hart.

The title track 9 to 5 kicked the show from the three lead females and full ensemble cast, as we were introduced to all the characters. It’s hard not to sing along to this one as it’s a classic and sets the mood in it’s upbeat fashion. Backwoods Barbie was a highlight for Stephanie Chandos who also gave us laughs with her reactions to sexist boss Sean Needham. Hey Boss was a catchy tune, with all three ladies sharing the vocals, only wanting in the words of Aretha, some R.E.S.P.E.C.T., The song One of The Boys, also stood out for me. Staging simple yet effective. Predominantly based in the main office, we changed to Mr Harts personal office and briefly his bedroom. the set worked also with a video screen on the back wall.

This musical was of it’s time and reflected mens attitudes to women, and the disparity between males and females. Sadly the elements that this show highlight still exist today. While it does portray this serious difference in the sexes, the musical certainly doesn’t take itself too seriously and has plenty of humour throughout and is very enjoyable. The first interval is longer than some, but you hardly notice as time flies while watching.

9 TO 5 THE MUSICAL is written by Patricia Resnick, with music and lyrics by Dolly Parton. It is directed by Jeff Calhoun, choreography by Lisa Stevens, design by Tom Rogers, lighting design by Howard Hudson, musical supervision, arrangements and orchestrations by Mark Crossland, musical direction by Andrew Hilton and casting by Victoria Roe.

Get down to the Sunderland Empire while it’s in town and see it for yourself.