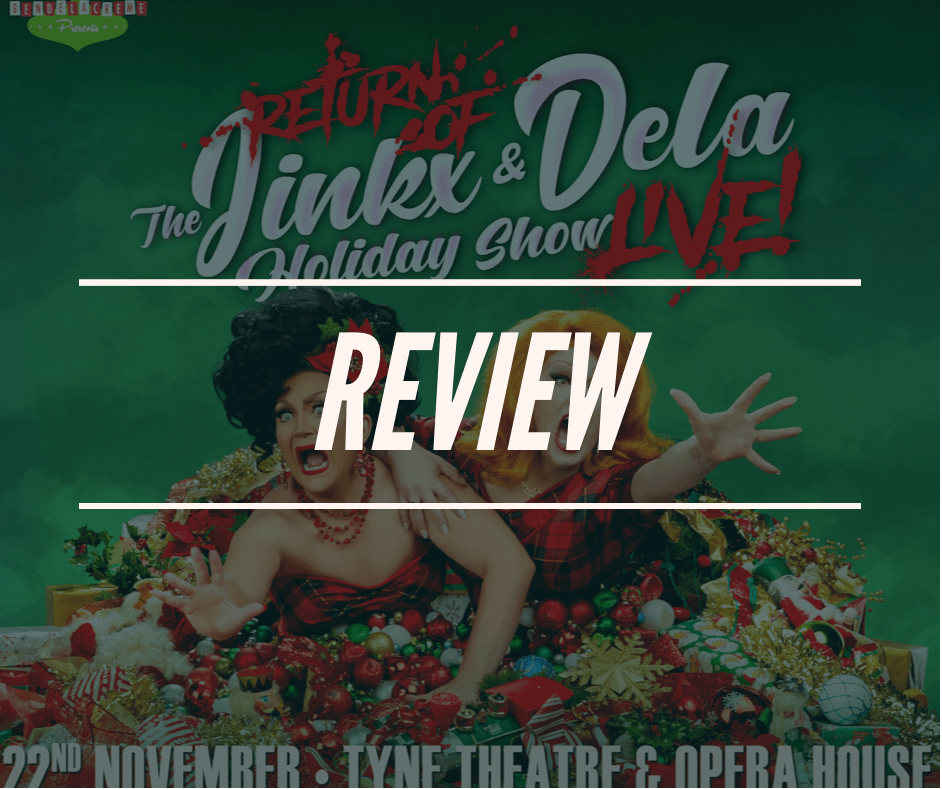 Mondays are normally a drag, but today we could say it really was a day for it, as we had the Return of the Jinkx and Dela Holiday show arrive at the Tyne Theatre and Opera House for one night only. Yes Jinkx Monsoon famed for winning Season 5 of Ru Paul’s drag race and Ben Dela Creme, another to graduate and appear on Ru Paul’s drag race Season 6 and All Stars crossed the American shores, to ours and across the the mighty Tyne on their tour after a year of lockdown woes.

The show was a bit of an anomoly for myself as I didn’t really watch drag race, and haven’t watched much drag in the past, although may I add, I’m more than open too, so to date I’d only heard of the acts in passing. My curiousity for it was there, and I was intrigued to see what this would bring. My guest, Amber however, kwas well versed in Drag Race and excited for the show.

Tis’ the season for pantomime and Jinkx and Dela were bringing a fresh alternative vibe to christmas with an alternative show to see. They’ve carved out reputation for christmas entertainment with a couple of previous christmas shows, hence the return! This is a show of contrasting views on christmas, Dela who lives for it, and Jinkx who sees through the facade. A story of friendship that gets tested through new best friend and mint ‘Peppy’ of whom was found at the bottom of a bag, a year after lockdown and of who is ignorant and blisfully unaware of the previous time in lockdown. We see how these best friends survived lockdown via video diary, and give us a message of frienship by the end of the show.

The show was a little tamer than I expected, but was enjoyable throughout. It kept me entertained, made me laugh, and songs that belted out through the theatre. Both with surprisingly (for me) good voices, and you can see why these two are top of their game in the drag world. I preferred the first half of the show slightly more than the second, as it focused more on the duo. The second gave more opportunity for individual performance, but I think they were best when they fed of eachother, and displayed the chemistry they have, which was more visible between them when together. Costume was obviously christmas themed and sparkly, and I wish I could look that good in a dress.

If you’re a fan of the two already I’m sure that you will have enjoyed it if you were there or have seen them before. They’ve already left us in the North East and are now are back in the states, but check out what other shows are coming to the Tyne Theatre & Opera House next year