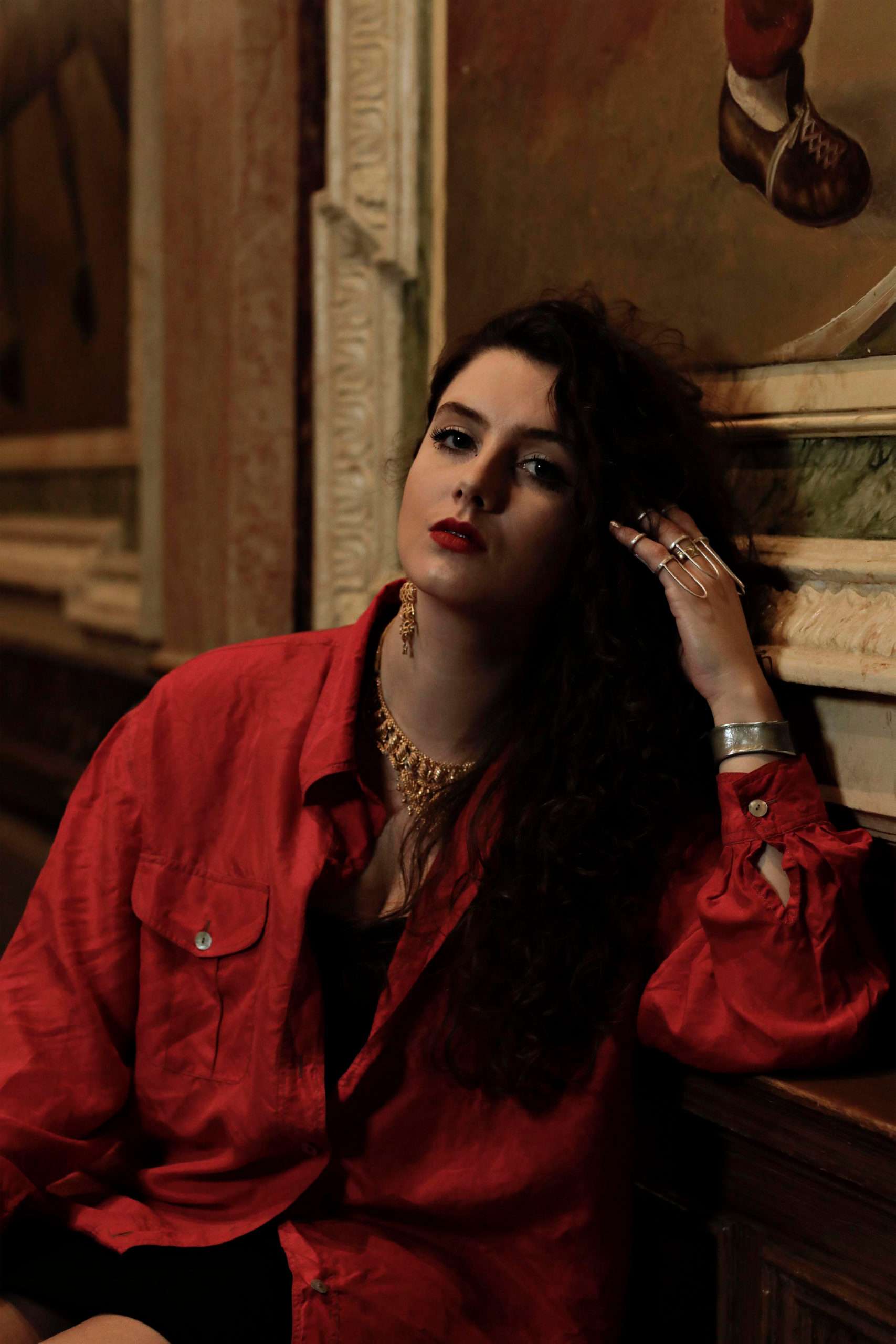 Sage Gateshead is delighted to announce that Ruth Patterson will hold a virtual concert and live Q&A on Thursday 25 June.

The concert, which will be streamed on Facebook and You Tube, marks the launch of her solo career which has come to fruition during her time as Sage Gateshead’s Artist in Residence and her debut single ‘Sink or Swim’ is due out on Friday 26 June.

Ruth was due to culminate her residency with a performance in Sage Two. Due to Covid-19 the concert has had to be postponed until February 2021 but Ruth was determined to mark the occasion with a special online event and exclusive preview of her new material.

Sage Gateshead has worked with Attitude is Everything, a disability-led charity supporting organisations to improve Deaf and disabled people’s access to live music. Thanks to this partnership, the concert will be captioned and audio described.

Ruth said: “I was so disappointed when my chance to perform as Artist in Residence at Sage Gateshead was postponed and when I finally do get to play in Sage Two, it will be a dream come true. Yet it feels right to mark the end of the residency and the culmination of what I’ve achieved with the launch of the single and an accessible virtual concert. It feels like something positive to shout about in uncertain and scary times!”

Ruth has written and recorded two singles primed for release, the first one being ‘Sink or Swim’.

“Sink or Swim is about living with mental instability and the battle to keep our heads above water” Ruth states. “It’s written about a panic attack I had last year and I really felt like I was drowning… the loss of control, disappearing reality, not knowing when it will end.

“I guess this song is me sharing my own experiences and hopefully it will connect with other people that maybe feel the same way. It seems with everything that’s going on, the whole world is living in a state of anxiety. We’ve all lost a sense of control as our reality is so rapidly changing. We had always planned to have an interactive Q&A and I wanted to include this as part of the virtual concert. I think now, more than ever, it is important to discuss and connect.  Learning from each other and our individual experiences is invaluable and I hope sharing a little bit about myself and kickstarting some conversations alongside the music will be a nice way to finish off the night!”

The concert will be followed by a live Q&A with Ruth and questions can be submitted in advance via Sage Gateshead’s Facebook page.

Emily Jones, Senior Producer at Sage Gateshead added: “We have been awarded Gold in Attitude is Everything’s Charter of Best Practice for venues, and that also covers online activity, so it is particularly important to us that our digital performances are accessible to everyone, just as the ones in our venue are. In addition to working with Sage Gateshead, Ruth is an ambassador for Attitude is Everything, so we are delighted to bring both organisations together for a performance which will be accessible and inclusive.”

Jacob Adams, Head of Research and Campaigns at Attitude is Everything added: “Attitude is Everything is delighted to join this collaboration between a Gold Charter venue and an amazing artist involved in our Next Stage Initiative to break down the barriers Deaf and disabled artists face. Together, this event showcases the ways in which online performances and fan interactions can be made as accessible as possible – music industry take note!”

This concert is being streamed for free in support of Sage Gateshead’s ongoing three-year Crisis, Recovery and Renaissance fundraising campaign which was set up in response to the urgent financial challenge posed by Covid-19. Sage Gateshead is asking audience members to make a donation to the campaign which aims to raise £3 million over the next three years to ensure that it is able to continue our ongoing commitment to artist development. Find out more at https://sagegateshead.com/a-future-for-live-music-in-the-north-east/