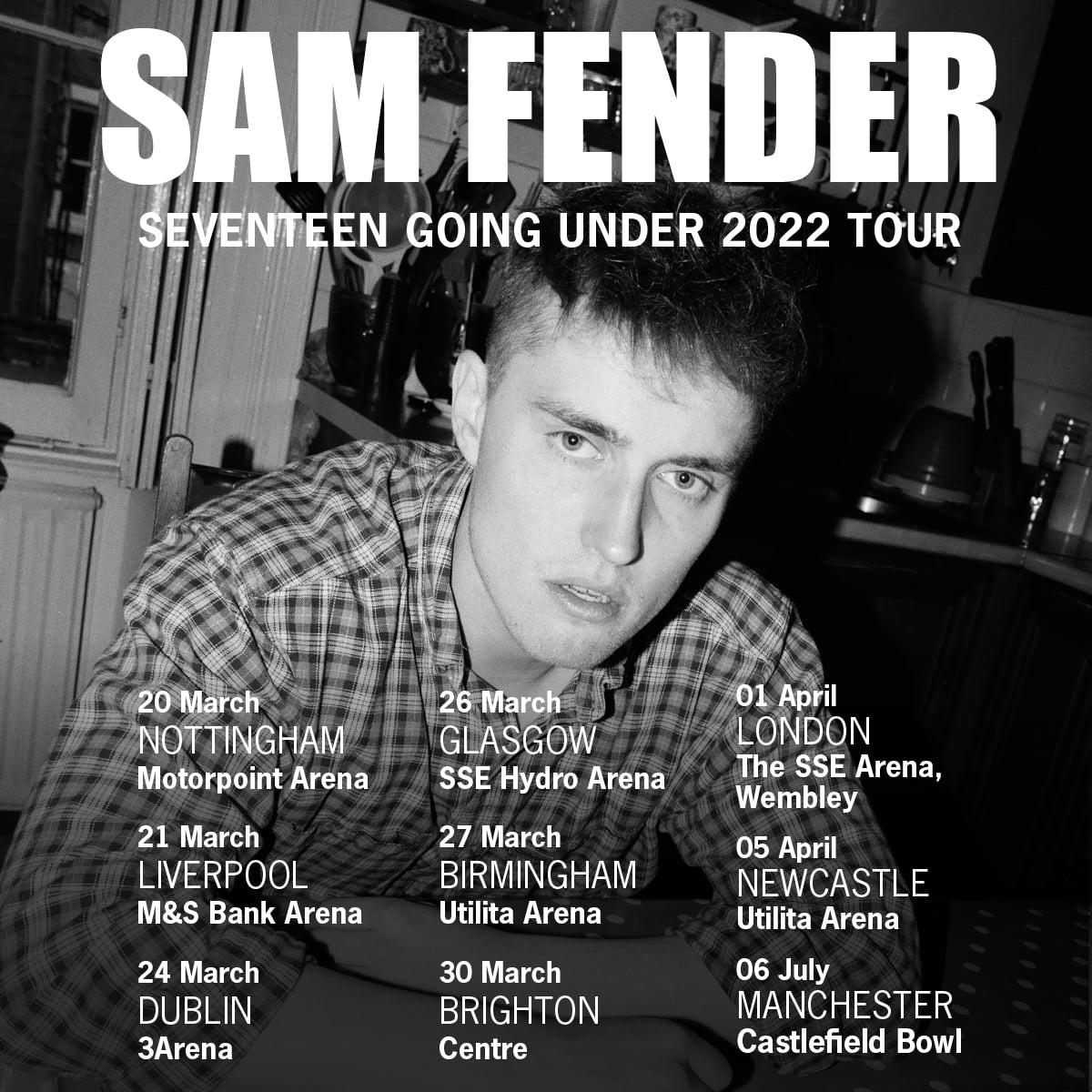 The New Album, Seventeen Going Under, Out Tomorrow

The nine shows, Sam and his band’s biggest to date, kick off at the Motorpoint Arena in Nottingham on 20th March, and ends with a homecoming show at Utilita Arena, Newcastle on 5thApril. The run includes a night at the SSE Wembley Arena on 1stApril. Sam will also play a Summer open air show at CastlefieldBowl in Manchester on 6th July.

Tickets are on general sale from 9am on 15th October.

The remainder of Sam and his band’s (the eclectic six-piece from Tyneside) long since sold out rescheduled shows will conclude this November, with two nights at London’s Alexandra Palace, and shows in Glasgow, Cardiff, Leeds, and Newcastle. His return to the live arena this Summer has been explosive, seeing Sam play to hundreds of thousands of fans on festival stages and at his rescheduled headline dates right across the UK.

Tickets are on general sale from 9am on 15th October and are available online. Please note venue facility and booking fees will apply.