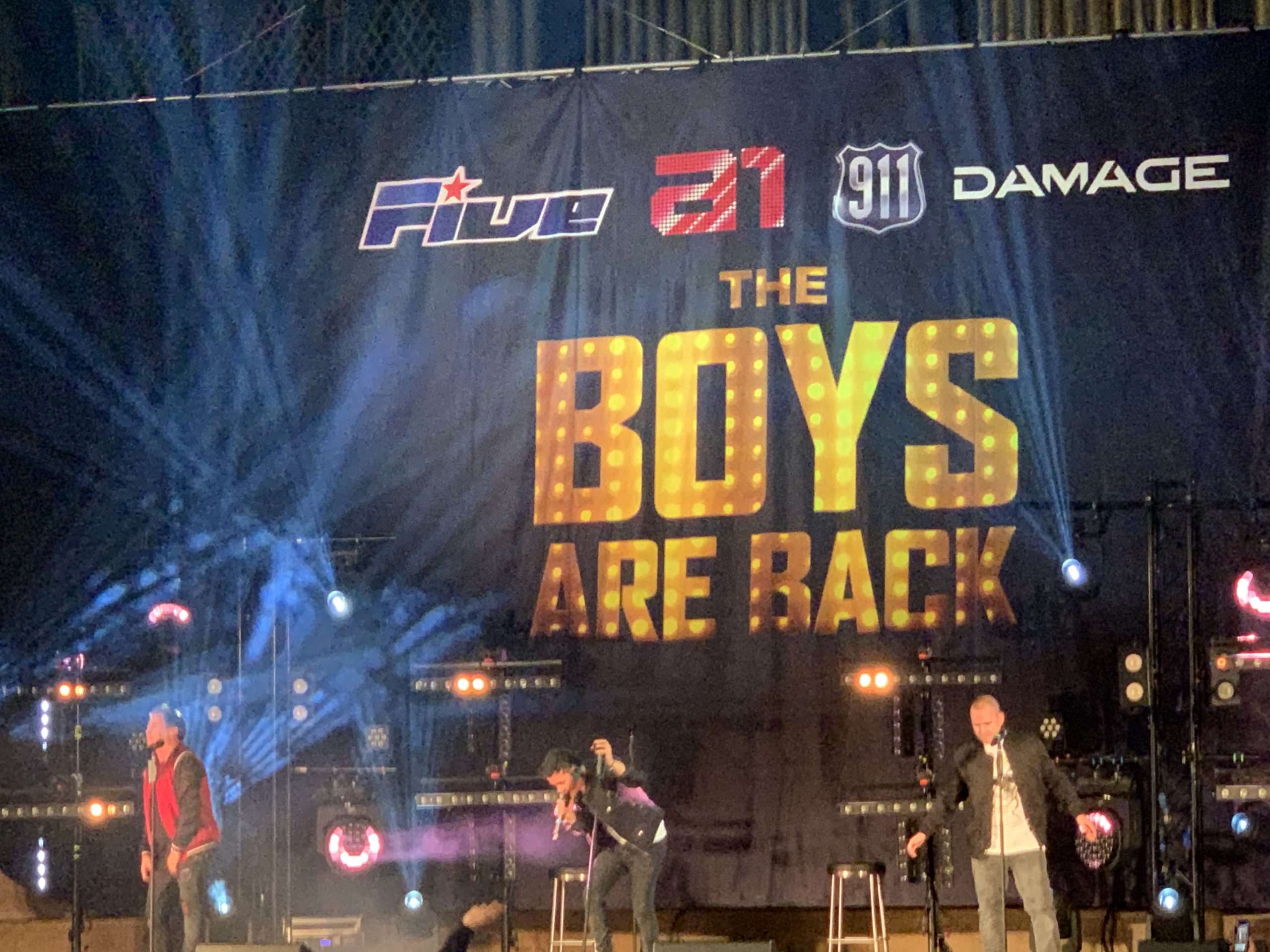 On Saturday I had been gifted complimentary tickets to review the show that came to the O2City Hall in The Boys Are Back Tour.

If you weren’t in the know regarding this show, it was a pop reunion of the bands A1, Five, 911 and Damage. Bringing all the best hits of the ’90s to all of us that can remember and gave us a chance to reminisce.

Together all 4 bands have had tens of millions in sales worldwide and good success in the UK, charting in the top 10 numerous times and some achieving no.1 singles and judging by the sold-out venue still had a lot of love going from the fans.

In performance order, we had A1, Damage, 911 and Five we had 3 hours of pop music’ powerhouses.

A1 came out and started with Same old brand new you which is exactly what this concert was doing bringing back the same old bands like they were brand new today. Brimming with energy they came out and interacted with the audience. Other hits belted out were Caught in the middle, Everytime, Be the first to believe and a couple of others. If you had forgotten the songs it certainly didn’t take long to think back to those years when you were lip-syncing in the mirror, and dancing away. The crowd didn’t stay in the seats long at all. A1 certainly got the party mood going.

Damage came out next and gave us some of their smooth style of R’nB and Pop. Still able to pull off dance moves they gave us Ghetto Romance, as well as Wonderful Tonight. Damage really pulled out the charm for me out of all the bands and was my surprise of the night. 911 were out third and proceeded to continue this pop party. A bit of breakdancing came out showing they are still very able doing so! Hits that we would of all known were sung. A night to remember, fan favourite Love Sensation and Bodyshakin’ had the aisles dancing away. You can tell they are enjoying this comeback tour and are happy to be back out on stage. A Carlton Dance later also showed they can move the hips!

Lastly came Five. Although there are now only three of them in the band they came out with as much charisma and confidence like they’d never been away. Probably the best known or most widely heard, it would be hard to not know a five-song if you heard it on the radio. Richie, Sean and Scott gave it all to perform and entertain. They certainly came out with the hits also – We Will Rock You, Everybody Get Up, Got The Feelin’, and Keep on Movin’ was a great way to finish this night. An impromptu invasion by Damage also was a nice sight and a collaboration we may need to see in the future.

Bringing this array of pop into one venue, one night with these 4 bands made for a fantastic night and a great way to roll the years back. To sing and dance away without worry and just have fun. The crowd loved it, the bands loved it. We just have to ask when it’s coming back after this tour!