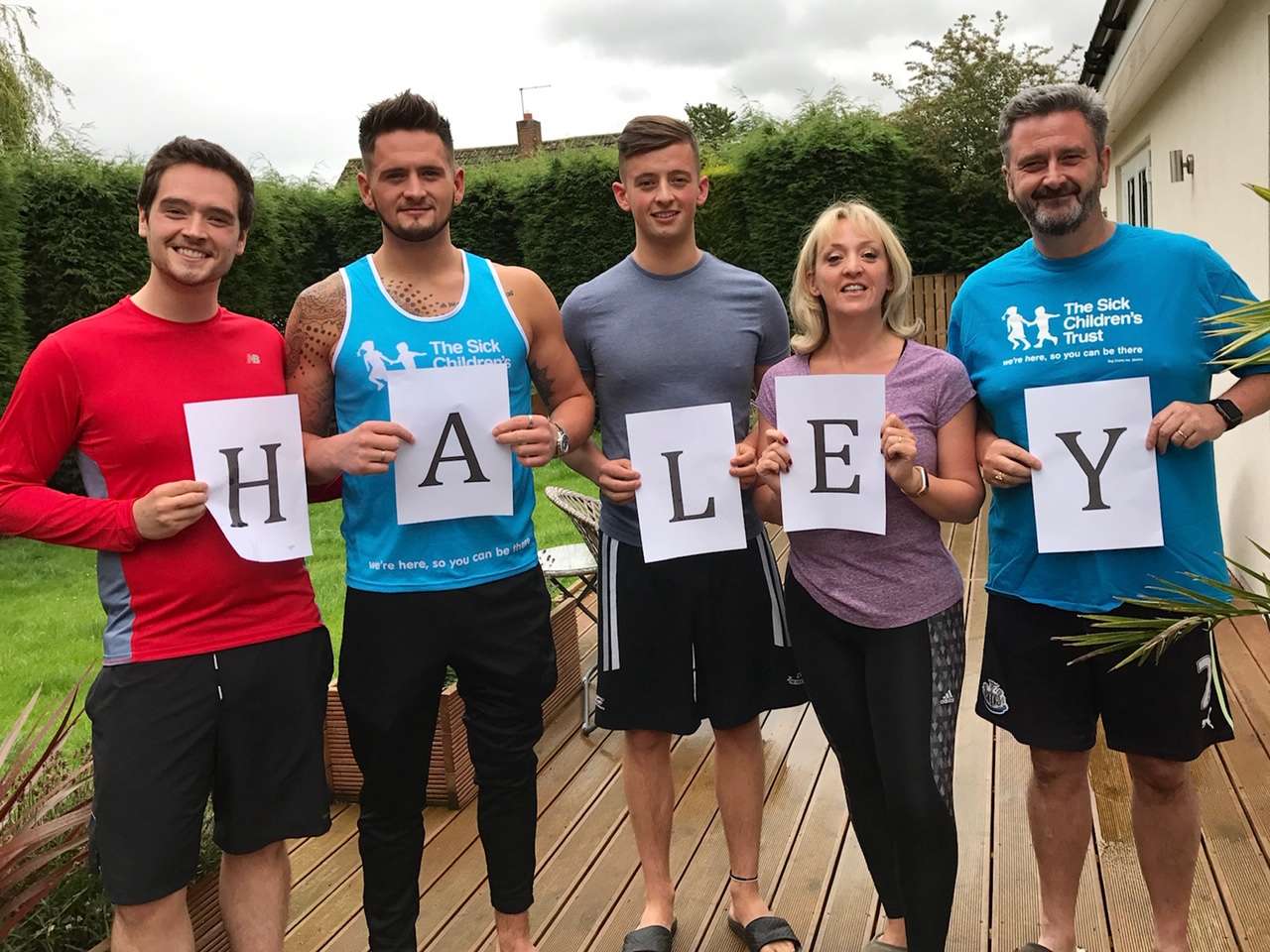 The world’s biggest half marathon may have been cancelled but that hasn’t stopped a group of running enthusiasts who will this weekend host their own socially distanced event in a bid to raise £10,000 for The Sick Children’s Trust.

The Sick Children’s Trust supports families with seriously ill children at Newcastle’s Freeman Hospital and Royal Victoria Infirmary by giving them a place to stay at its ‘Homes from Home’.

The charity has kept its doors open to families, despite a global pandemic, but is facing a significant loss of income due to events such as the Great North Run being cancelled this year.

Recognising this, friends and supporters of The Toon Council, which helps raise awareness and funds for The Sick Children’s Trust, have organised their own race on Saturday 12th, – aptly named ‘MyGNR’ – as part and hope to raise £10,000.

Event organisers David (co-founder of The Toon Council) and Sam Haley will be hosting the event from their house in Ponteland and have mapped out a half marathon route that will test and challenge the runners.

Sam Haley, who is Head of Operations in the North at The Sick Children’s Trust, will be running the race dressed as a house to represent the charity’s ‘Homes from Home’. She said: “The Great North Run is a huge fundraiser for our charity and goes directly towards keeping families with children at Newcastle hospitals together. This year we expect to lose 25-30% of our income, so need  support more than ever which is why our friends, colleagues at ATOS and our fundraising committee The Toon Council have got together to organise our own race.

“We have runners and walkers of all types taking part and the route is filled with long steady inclines and a few hills – so it will feel similar to the famous GNR route. The real challenge will be the final stretch when we see the finish line which is at the top of a steep hill! Once they’ve made it up the hill, David will be there welcoming them into the garden for sports massages and vital refuel food – pizza and cake!”

Runners taking part include Paul Blake, Managing Director of the Newcastle Eagles, Joe Haley, who as a child spent time in Newcastle’s RVI and charity supporter Wendy Fail who will be walking the 13.1 miles.

Paul said: “I’m taking part in My GNR to raise much needed funds for The Sick Children’s Trust, particularly the North East ‘Homes from Home’ Crawford House and Scott House. Training is going well, albeit in unseasonal weather! It’s so important to support causes that help families through immensely difficult times, made harder still in the current pandemic. Please support me and The Sick Children’s Trust Toon Council runners if you can!”

When a seriously ill child is admitted to hospital it is a stressful and anxious time for their parents. During this extremely challenging and uncertain time help us take some of the stress away from parents.

David Haley continues: “What an event this has ended up becoming! We can’t wait to wave off these fantastic runners who have worked so hard on not just their training but their fundraising efforts too.

“I’m so proud of Sam and all the runners. We’re going to make sure they have a great day.

We have stewards and supporters at various points on the route and we also have two physios, one of whom is Darren Wigg (who himself will have run the race), at the end to deliver a well earned rub down.

There will also be an official finishing line and then we will feed (courtesy of Fratellis in Ponteland ) and water all of the runners and we’ll be providing some musical entertainment too! It’ll be a real celebratory day and quite rightly too.”

The Sick Children’s Trust’s ‘Homes from Home’ provide vital support to the NHS and the charity receives no government funding. Wendy Fail has been supporting The Sick Children’s Trust for many years now, most notable at the charity’s annual event in Newcastle, the Snowflake ball. Having completed eight Great North Runs in the past, Wendy looked forward to taking on My GNR as a walking challenge, following a total hip replacement in 2018.

She added: “The Sick Children’s Trust My GNR is a fabulous way to stay motivated, support a fabulous charity and have a brilliant day with great friends. I’ve got no real worries about walking the distance. It’ll be challenging, but with the support of everyone else taking part, as well as friends and family, we’ll all make it to the end.  This year has been particularly challenging for many people, and I want to do all I can to help support those in even greater need, such as those families who benefit from the amazing work of The Sick Children’s Trust.”

If you’d like to donate, visit this Just Giving Link: https://tinyurl.com/y2sv4zys

To find out more about The Sick Children’s Trust and how you can help the charity, visit www.sickchildrenstrust.org