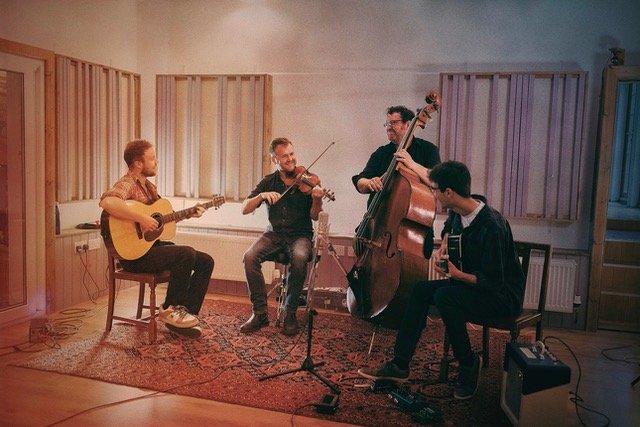 AFTER 18 MONTHS OF CLOSURES, SOCIALLY DISTANT GIGS AND AN UNCERTAIN FUTURE GOSFORTH CIVIC THEATRE ARE EXCITED TO ANNOUNCE THEIR FIRST FULL PROGRAMME AND WHAT’S ON GUIDE SINCE FEBRUARY 2020. AND IT’S PACKED WITH LIVE MUSIC, FAMILY PERFORMANCE, WORKSHOPS, AND THE PREMIER OF HADDOCK & CHIPS, A BRAND-NEW SHOW FROM NORTH EAST WRITER JANET PLATER.

The charity run venue was one of the first and only venues in the North East to start putting on live events last year, following the initial lockdown, with a series of socially distant garden and indoor gigs to bring performance back to a community which had lost so much at that point. A year on from that and with a successful reopening this Spring of their café, GCT Kitchen, the Gosforth venue is ready to return with a packed, regular programme full of favourites and brand new events.

Headlining the programme is a brand-new show from Janet Plater and CaroleW Productions, Haddock & Chips. The show opens its regional tour with three performances at GCT from 21st October; funny and heart-warming, Haddock and Chips is a timely play about community and how, in the hardest of times, we can find hope in humanity.

Those with little ones can look forward to another great show for families, with The Gramophone’s Theatre Company’s amazing aerial show Tarzanna swinging into Gosforth on 16 October. A playful aerial theatre show for all the family to enjoy, this inclusive show is perfect for 3 – 8 year olds and is non-verbal so is especially great for those who are d/Deaf or do not speak English. Then in October half term, Puppetship return to run three days of Halloween themed Puppet Making Workshops; your kids will create their own puppet to take home from Spooky Space, Witchy Woodland or Creatures from the Deep!

In September GCT plays host to Curious Arts Fundraiser; it’ll be be a fun-packed night of live music, drag, comedy and dance, raising vital funds to support LGBTQIA+ artists and young people across the North East. Curious do vital work in LGBTQ+ community, and GCT are delighted to be supporting them with this event which will see live music from Martha Hill, and performances from Jesse Salaman & Toi Guy and, brand new Drag Race UK contestant Choriza May, it’ll be hosted by compere extraordinaire Jonathan Mayor with a guest appearance from Gladys Duffy.

If you’re after live music, then GCT is the place to be with no less than 18 gigs programmed between September and November.  Kicking things off are The Magpies on 9 September, a transatlantic folk trio who begin a strong folk programme which includes heavyweights Martin Taylor & Martin Simpson (7 October), John Smith (28 September) and Sam Sweeney Band (26 November), plus gigs from Ajimal, Dylan O’Rourke, Sam Lee, and Serious Child & Andy Ruddy. Gosforth continues to be the location of choice for Jumpin Hot Club to bring their amazing line up of international Americana artists with Anna Ash, Mary Coughlan, Laura Veirs, Ian Siegal and Frazey Ford all playing gigs on your doorstep before the end of November. Watch out, too, for Kema Kay and Kay Greyson Introducing… as they return with a showcase of the best hiphop and grime talent from the North east following their hugely popular love stream back in June, while punk/indie supergroup Dead Men Walking play a stripped back gig in November..

GCT Jazz Club returns with two brilliant gigs; firstly from local progressive jazz crossover bands Shiver + Run Logan Run on 30 September as part of Jazz North East’s Newcastle Festival of Jazz and Improvised Music, and then on 18 November from Ethiopian jazz-funk legend Hailu Mergia which is a very rare chance to see such a unique artist this close to home.

Along with a packed programme, the return of a busy community programme and continuing the growth of GCT Kitchen, Gosforth Civic Theatre are committed to making GCT a safe space for everyone. While social distancing at events will gradually reduce, audience and visitors can expect to see key safety measures still in place, namely wearing face masks when moving around the building, adhering to one-way systems and keeping sanitising stations throughout the building. Full information is available from gosforthcivictheatre.co.uk.