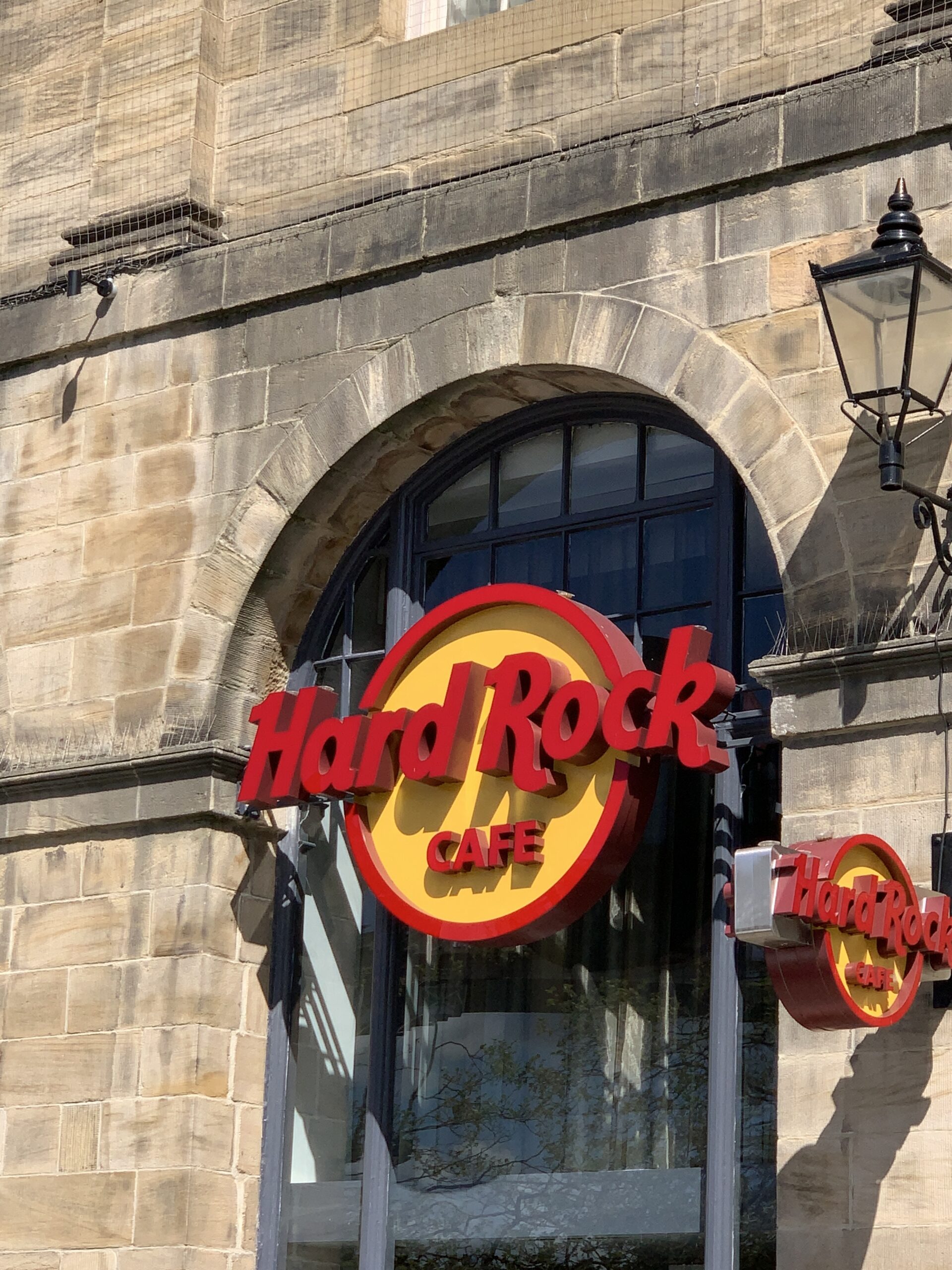 #PressInvite. We had been invited to a press preview launch for the new Hard Rock Cafe Newcastle on wednesday, where we got the opportunity to sample some of the food and drink on offer, see the refurbishment of the Guildhall, and of course Hard Rock memorabilia.

We heard from Hard Rock Cafe Newcastle franchise owners David and Penny Tilly, who had often wondered why Newcastle hadn’t had a Hard Rock Cafe, after being in other venues around the world. This feeling didnt leave them and eventually they sought to make this a reality. You can see their pride in what they have acheived and thankful for the support they recieved from the Hard Rock team while combating a listed building and global pandemic. Penny thinks the public will be impressed and thinks it’ll be great for the region.

“I think they’ll be blown away – and it’s a great coup for the city to have the first ever Hard Rock Cafe in the North East of England.”

So high hopes indeed! We then tucked into the food. The last time i was in a Hard Rock Cafe, was a long time ago, for my one and only visit before today. I have to say what i sampled today tasted great. The American themed menu consists of Shareables, Burgers, Sandwiches, Salads and Speciality entrees, as well as a huge range of drinks including boozy milshakes, beer, wine and cocktails (alcoholic and non).

Shark Club Newcastle do what I believe to be the best wings in Newcastle, however Hard Rock raised my eyebrows to a very good version of their own. The Tupelo chicken tenders were also one of my favs,. The burgers are what you would expect, meaty and tasty. I also went on to sample some Nachos, BBQ pulled pork sandwiches and dessert. I was given sample portions of products, so these arent representative of the portion size you will get when ordering.

Now pricing is something lots of people may wonder about. In the modern day, the brand that is Hard Rock Cafe, and along with the types of leisure venues opening up in Newcastle, it falls bang in line with what i expected. But you get what you pay for, and the quality is good. Your paying for the experience, the food, and the opportunity to see music memorabilia.

Above: The highlight of the menu is a completely unique addition in the form of the black and white Whey Aye Burger, one of the Hard Rock® local legendary burgers which has been designed specifically for the first North East restaurant. The burger comes with Northumberland cheese, Newcastle Brown Ale onion compote, horseradish cream with a spring onion, cheddar cheese and pease pudding beignet – served in a toasted charcoal and sesame seed bun.

The restraunt itself is clean, sharp and fresh. Spread across 2 floors and views of the Tyne, it is a perfect location. Adhering to current guidlines for social distancing. Menus will be available on wash down menus for those that don’t have a smart phone, or via a QR code on the table.

Apart from the food, you come for the memorabilia also. There is a wide range to see. From local artists young and old, this resturant celebrates wordwide music stars, rather than just rock legends, so you may be surprised to see Taylor Swift or Paul Oakenfold on display. They have some local artists, and others with links to the region. I don’t think you’ll please everyone with the selection. Some will want more local homages, others more rock specific, but you wont see a collection of this type of memorabilia in many places at all. We’ll let you visit to see what they have on display though!

Once you’ve fed yourself and taken in the memorabilia, you can then get some of your own. Yes, it has its own shop. Bringing you T-Shirts, Hoodies, Baseball caps and more. You can own your price of Hard Rock.

Hard Rock is a worlwide brand and you’d be hard pushed to find anyone thats not heard of it. There will be those that think its overhyped, those that think it’s a chain that Newcastle doesnt need, and those that believe we should be investing in Independents. Everyone to their own, and no less worthy an opinion than mine. Having been both a visitor to this city and now a resident, I think they can compliment eachother, and believe this will be good for the region. We’ll be in soon to do a menu review no doubt!

Has this blog given you an appetite for more? Why not check out our other Food and Drink blogs here?