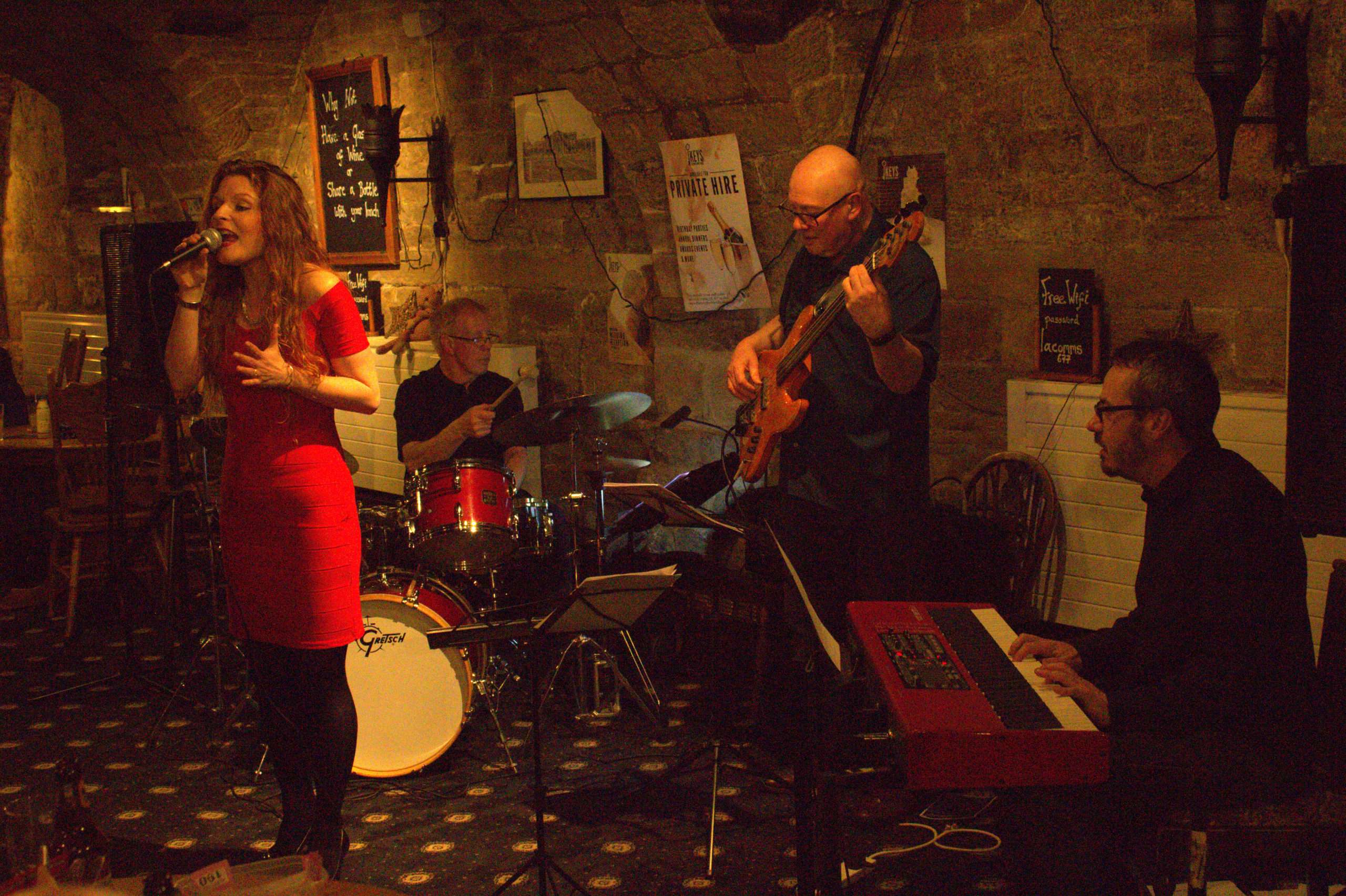 Prior to the current pandemic, the 2019 All Parliamentary Jazz Vocalist of the Year, Zoe Gilby, had plans aplenty for what was set to be a big year.

Two albums, album launches, gigs aplenty, but all of that changed rather quickly in mid-March as the world decided it was going to spin a totally different direction and we all ended up in a ‘new norm.’ Zoe Gilby in Lockdown was to be the new day to day routine.

Undeterred however, Zoe, and her bass playing husband Andy Champion, have continued the best they can via the use of the Patreon platform.

So much that was in the pipeline has been shelved, hoping for better days, including an album launch at the Gosforth Civic Theatre.

“Unfortunately everything had to be postponed,” began Zoe as she looks over the past few months in Lockdown.

“It was way more important to keep everyone safe and we (Zoe and Andy) got creative online, especially with our living room voice and double bass gigs.

“We’ve been extremely fortunate to be able to perform music together and it was a no brainer really, we just gave it a go on Patreon and it’s been, well, pretty successful.

Taking audiences into living rooms and bathrooms is among that ‘new norm’ as musicians, and other individuals in the entertainment sector, look to readjust how they get their product out to the masses.

Patreon has become something of a life-saver for a number of artists, one which has been easy to navigate for all parties, and is easily manageable, costing-wise for those who wish to become a patron.

“It was Andy who suggested Patreon,” Zoe continued, “It’s a nice, easy site to use and we felt that it would be a good platform for our gigs.

“We wanted to create our own jazz club that folk could subscribe to and experience a weekly gig.

“It’s like they are our audience, in our living room.

“We made the fees flexible so anyone can sign up and become a patron; it doesn’t cost the earth, and the patrons can set monthly limits where they can pay £5/£3/£1 per gig, make song requests, and basically be involved in our artistic development.

“So they can get more than just being an audience at a gig.”

Taking things to a slightly differing level, Zoe and Andy have even got the family pet involved as well, something that patrons requested

“Yes, we set up a camera on our dog Logan,” giggles Zoe, “he lounges on the settee throughout the set and we cut to him for a few moments at a time during the gig.

“This was by popular demand from our patrons as they wanted to see Logan and we thought it would be fun to include him in the videos; he is very well behaved.”

So, we have Zoe, Andy, and Logan, mixing it up in their Tyneside living room, what music are they putting out there – well it’s not quite all that jazz that’s for sure.

No, Zoe has pushed things a little further, trying new things, mixing it up, whilst also performing the requests of patrons, and bringing in the help of friends as well.

You didn’t think they’d be alone now did you?

“We have expanded our repertoire that’s for sure as we try and mix it up a bit, “explained Zoe.

“We perform a lot of the requests that we get the best that we can and most of the tunes work with the voice and bass.

“It’s just meant plenty of focus and something that we need to keep practicing, developing and honing, but it is a lot of fun.

“We’ve also been able to get our guitarist, Mark Williams and pianist Paul Edis, involved too.

“With some clever technology, and implementing a split screen image, it’s been a lovely, little extra surprise that we have been able to tag on to the end of our living room gigs.”

In light of a current, ongoing viral pandemic, a lot of artists, across the world, are taking to social media and doing gigs from their home studios, even living rooms. For most this is a major source of income and Zoe is no different; with that in mind she has set up a Patreon account for her followers, jazz lovers, in fact anyone who likes good music, to check out her and double bass playing husband, Andy.

Living Room Gigs on Patreon. A lot of artists are trying to keep themselves financially and creatively solvent in these difficult times, whilst providing our lovely audiences with regular live music. This is how it works –

* One gig (creation) per week in our living room

* Patrons can cancel anytime and set their own financial cap

* Unlimited viewing. Once Patrons have paid for that gig (creation) they can enjoy it again and again. I won’t take them down

To purchase her music visit https://zoegilby.bandcamp.com/ or the shop on her website…